BOUNCER revisits a text On Intimacy and Disgust by Oisin Byrne, originally written in 2012.  In delivering/performing the lecture for film, Byrne splices and layers the visual and aural languages of film, art, music and academia, undermining the authority of each in an endeavour to both communicate and complicate meaning. The cast features BODY, the lecturer (played by Byrne), his sidekick ADDENDUM (also played by Byrne) and a remote appearance by writer Anna Breckon (as herself).

As the lecture progresses, BODY, faced with an audience of empty taped-up chairs, indulges and responds to the humour of his corrective heckler ADDENDUM. By the end of the film the words of his lecture are lifted into Not Not Me, a pop song performed by the duo.

“Disgust is understood to have its origins as a protection against unhealthy foods—a mammalian, bitter taste rejection response. William Miller defines disgust as a ‘gatekeeper emotion.’ This job description—as bouncer to the body boundary—has extended from the purely bodily, into social, moral, and political fields. Disgust pushes away not only what is physically repulsive, but also that which is deemed morally wrong or contemptuous…”

BOUNCER is commissioned by Isolation TV. 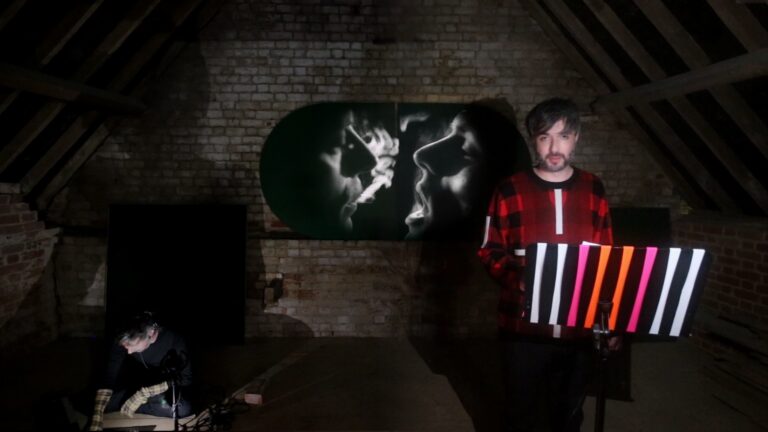