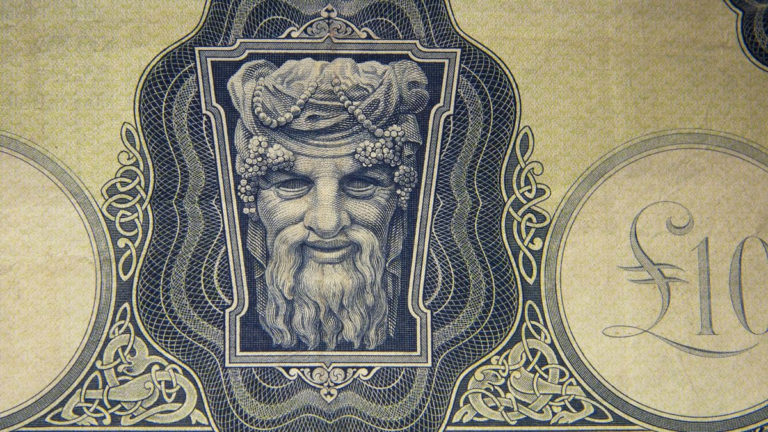 The Irish Pavilion at the 56th International Art Exhibition – La Biennale di Venezia – will present a new artwork by Irish artist Sean Lynch entitled Adventure: Capital that traces a journey from myth to minimalism around Ireland and Britain. The Commissioner for the Irish Pavilion in 2015 is Mike Fitzpatrick, Director of Limerick National City of Culture 2014 and Head of School, Limerick School of Art and Design, LIT. The Curator is Woodrow Kernohan, Director of EVA International – Ireland’s Biennial, Limerick City.
Combining sculptural, video and archival elements, Adventure: Capital will be Lynch’s most ambitious project to date, bringing together: Greek river gods; public art at regional airports; quarries and the art of stone-carving; an abandoned sculpture in Cork; and a traffic roundabout, on a storytelling journey that unravels notions of value and the flow of capital through an anthropological lens.

Sean Lynch forensically investigates anecdotes, hearsay and half-truths, unearthing marginalised stories that have been overlooked or fallen by the wayside. His idiosyncratic, yet meticulous research and fieldwork, absorbs these disparate fragments – social and cultural blind spots – and forms them into alternative arrangements of history, opening up new understandings of our world. For Adventure: Capital, Lynch’s narrative inhabits a wandering spirit, encountering the hegemonic structures and entwined flows of capital, migration, and neoliberal spatiality. Through his ethnographic methodology and allegory, Lynch playfully evokes the Irish bardic tradition, interrogating the complex motifs that connect an individual to a historically determinate environment and society.

Particular subjects and events have been resurrected through Lynch’s previous enquiries including: Joseph Beuys’ visit to Ireland in 1974; Celtic Revival architecture; and the mythical island of HyBrazil. Recent acclaimed projects have seen Lynch uncovering illicit sculptures made by Irish stone-carvers, the O’Shea brothers, in Oxford; exploring socially conservative reactions and vandalism to modern art in Ireland; working with the fast-food outlet on the site of the first museum in Britain; and locating repurposed remnants of the infamous DeLorean car factory at the bottom of the Atlantic Ocean.

Ireland at Venice is a Government initiative led by Culture Ireland in partnership with the Arts Council / An Chomhairle Ealaíon.