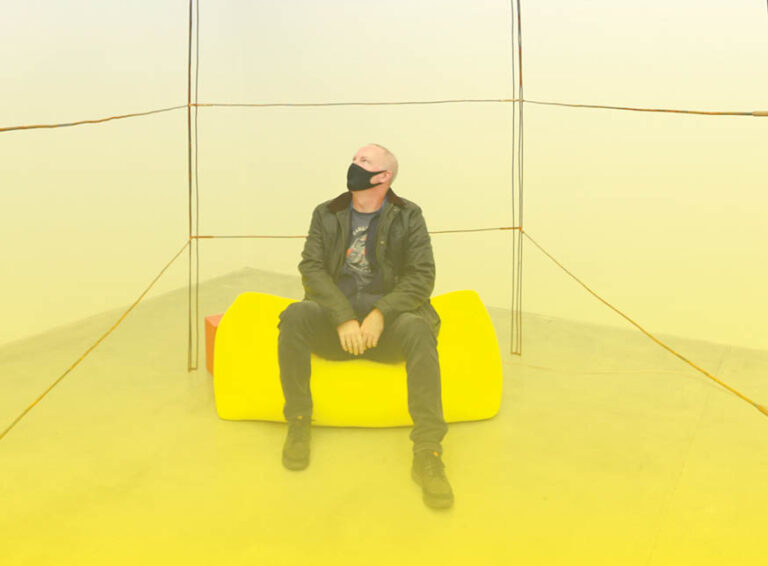 A response to the 39th EVA International in Irish. Number #1 in the Dhá Theanga series of multi-language audio responses that explore a creative mediation to the artwork and thematics of Ireland’s Biennial of Contemporary Art.

To listen to the audio, click the play bar below or else click here to link to the audio page on Soundcloud.

Biographies
Liam Murray, PhD, is a Senior Lecturer in French and Language Technologies at UL with a deep interest in the Irish language and contemporary poetry. He has been teaching and researching in French for over 25 years agus ag spalpadh na Gaeilge le fada an lá.

Diarmuid McIntyre is the Creative Director of Grey Heron Media based in Kilfinane Co. Limerick. Diarmuid’s audio compositions have featured at the Venice Architecture Biennale, Town Hall Theatre, and been commissioned by festivals in Ireland, USA, UK and France. He has won Gold three times at the New York Radio Festival, as well as at the Association of International Broadcasters and the IMRO Radio Awards. His radio work regularly appears on RTE, BBC, CBC and NPR. Diarmuid is also the founder the Festival Director of the HearSay International Audio Arts Festival. www.greyheron.ie.

Grey Heron Media specialises in creative compelling audio storytelling for radio, podcast and beyond. They also explore the artistic and creative possibilities of the interplay of sound and story on specially commissioned audio pieces for performance in physical spaces and online.