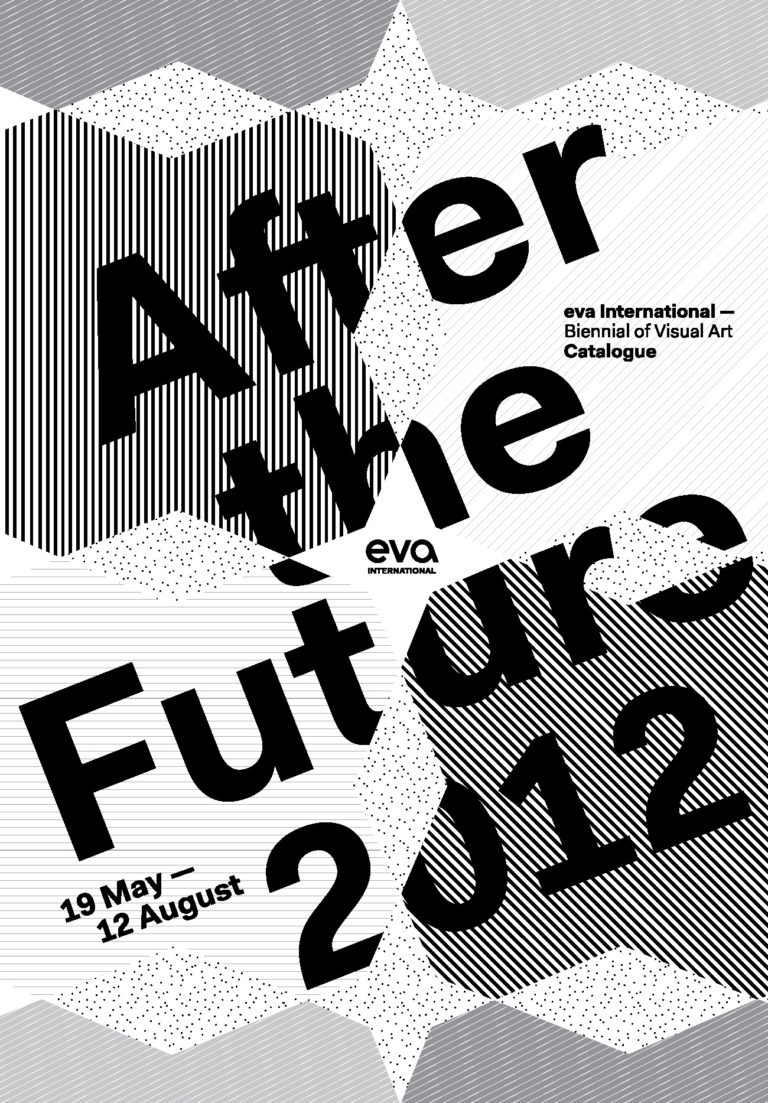 EVA International 2012 – After The Future

Titled After the Future, the 12-week biennial programme was described by Chairman Hugh Murray in the accompanying catalogue as a “confrontation with the values of neo-liberal capitalism versus more human, more sensible, more sustainable alternatives”. Annie Fletcher referred to the programme as “a kind of Frankensteinian event – a hybrid, monstrous institution, bigger than its sum of parts…”, which included the reconstruction of Luc Deleu’s Construction X that was first staged at EVA in 1994, as well as series of programme collaborations with organisations such as Visual Artists Ireland, Static Gallery, Gracelands, and Project Arts Centre.

The 2012 edition of EVA International also launched a change to the Open Call process. A new digital platform was developed to enable online proposals to be submitted, receiving over 2000 proposals by artists from 76 countries.