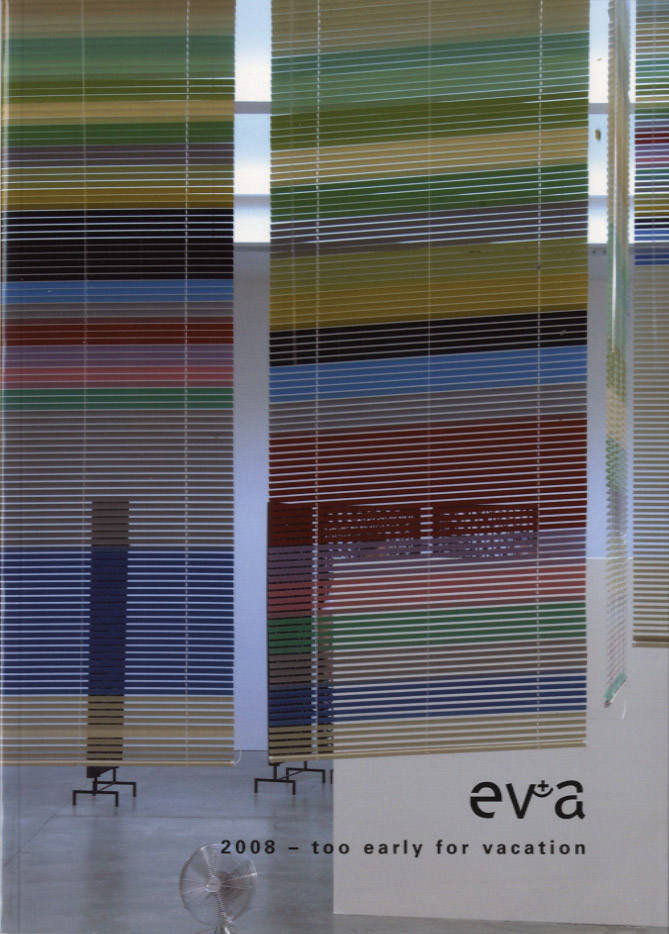 The Exhibition of Visual Art, OPEN / INVITED 2008 – too early for vacation was curated by Hou Hanrou, a Paris/San Francisco-based critic and curator.

Hou explained how too early for vacation responded to economy of Ireland at that time, “now the country, with a new economic success named the Celtic Tiger, has turned into one of most dynamic and promising lands of growth, a kind of new laboratory for the new European economy. […] Thus, e v+ a 2008 should be logically conceptualised and realised along such an axis. This interventionist engagement with the local from a perspective of global travel starts with a pertinent question about travel itself: What are the contemporary reasons, forms and conditions of travelling? Until a few decades ago, Ireland, as a country, was known to ‘export’ its population to other parts of the world, notably the ‘new continents’. Today, thanks to the economic boom and social pacification, it has rapidly become a destination for immigration” [taken from Hou Hanrou’s introduction to the 2008 catalogue].

38 artists were selected and invited to exhibit in e v+ a 2008. e v+ a 2008 and Limerick City Gallery of Art, in collaboration with the National Sculpture Factory, presented e v+ a curator Hou Hanru in conversation with Cork Caucus co-curator Annie Fletcher at the Dominican Biblical Institute, Limerick. A series of walking tours took participants through the primary venues and sites of e v+ a 2008. The YOUNG e v+ a 2008 programme was devised to engage young people in creative interaction with the work exhibited in OPEN / INVITED e v+ a 2008. Workshops, tours and lectures for families, children, teens and students formed an open forum of exploration and interpretation.