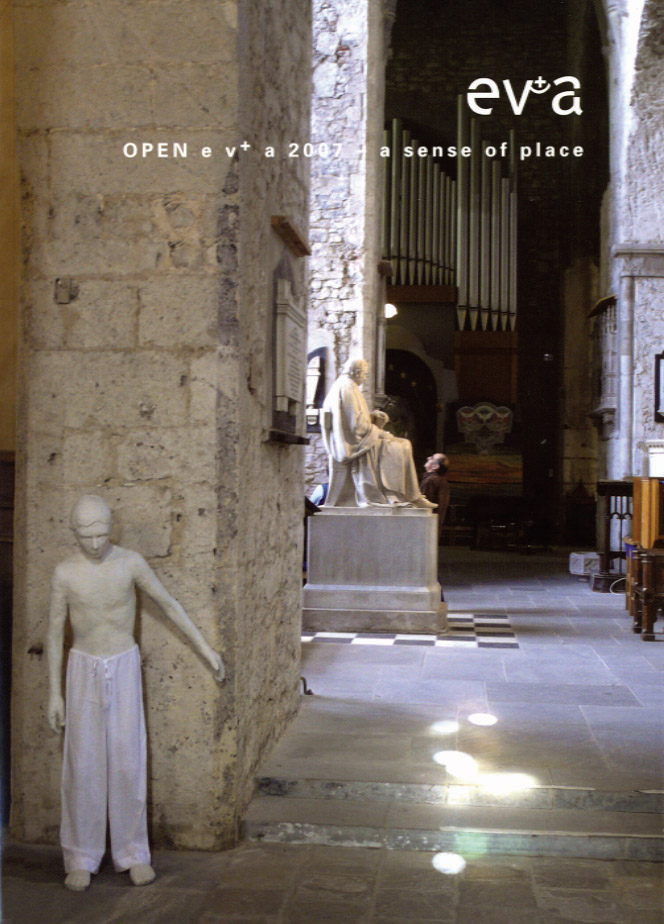 OPEN e v + a 2007 – a sense of place was curated by Klaus Ottmann, an independent curator and scholar based in New York. OPEN e v+ a 2007 presented 32 artists, of which 18 were Irish; the remaining 14 artists from the UK, Europe, Canada and the United States.

As part of YOUNG e v+ a 2007, children and families were invited to participate in ‘Building Ericsville’, a workshop based on Eric Glavin’s work in e v+ a 2007. YOUNG e v+ a also included a selection of artists involved in the current exhibition to deliver a series of short talks about their practice in primary and secondary schools. Other events included a bus tour of exhibition venues, artists talks, and a FRINGE e v+ a WALKING TOUR.

The Colloquies, for the sixth time, brought together the present and past e v+ a curators, invited guests, artists and other interested audiences for a round of informal discussions on matters of common concern affecting art and culture.