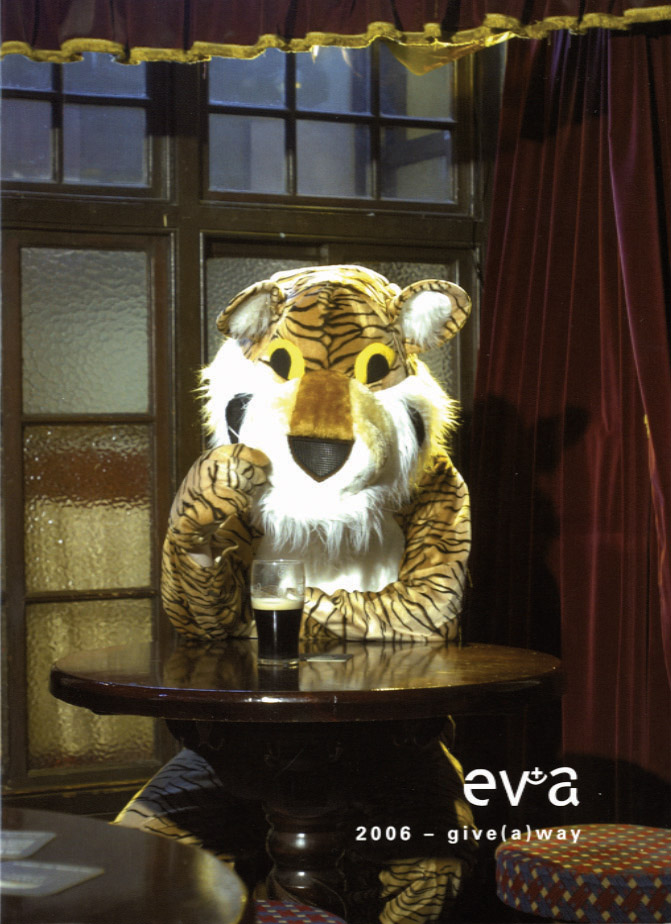 In 2006 EVA was titled giveaway and aimed to explore ideas of generosity, sharing, communication, social interaction and exchange. e v+ a 2006 was curated by Katerina Gregos, artistic director of Argos, Centre for Art and Media, in Brussels.

On the theme Hugh Murray commented, “this year’s curator, Katerina Gregos, has chosen the virtue of generosity as the theme, centred on the attributes of openness and tolerance. This is highly relevant in Ireland’s current era of growing materialism, diminishing respect for our traditional spiritual values, and the unprecedented influx of immigrants from diverse cultures” [taken from the Chairman’s Foreword in the 2006 catalogue].

In an attempt to create more of a sense of synergy and dialogue between the OPEN and INVITED e v + a sections, Gregos invited the artists selected from OPEN e v+ a to make new work for the exhibition, rather than exhibiting the works they submitted through the open call. 59 artists from 22 countries participated.

Events included an e v+ a FRINGE event of multidisciplinary art over a 12 hour period from 2pm to 2am at Dowdarragh House Castletroy. The event was curated by Brighdin Farren and Emma Teck with 29 open selection artists and six invited artists. Gregos invited the students of Limerick School of Art and Design to curate and take part in an exhibition as part of e v+ a 2006. YOUNG e v+ a took place at Belltable Arts Centre, artist Anna Sherbany worked with three schools in Limerick with the results exhibited at Belltable.