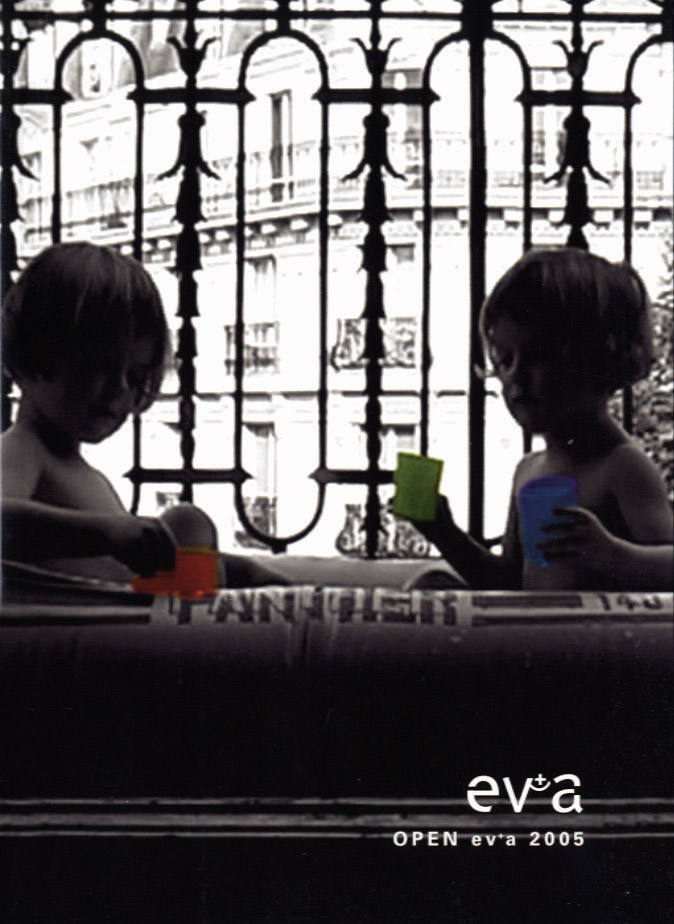 In 2005 OPEN ev+a was curated by Dan Cameron, Senior Curator of the New Museum of Contemporary Art, New York. Cameron selected 68 artists from hundreds of submissions to OPEN ev+a. Writing about the selection process he said, “one of the challenges I set for myself at the beginning of the undertaking was to limit myself to ‘invited’ artists – actually, artists urged by me to submit their documentation to OPEN ev+a 2005 – with whom I had not had this kind of collaboration before” [taken from Dan Cameron’s introduction to the 2005 catalogue].

In addition to the regular prize fund and in acknowledgement of the substantial contribution of John Hunt (1957–2004) to the promotion of the visual arts in Ireland and in the Limerick region, a John Hunt Residency at the Tyrone Guthrie Centre, Co Monaghan was awarded by Dan Cameron to participating artist Guy Hundere.

Three artists worked with school children to produce work for YOUNG ev+a, including a mapping of sites connected to local folklore in the Moyross area which was featured in Limerick Leader; a collection of local stories on DVD told by pupils which was screened at Limerick City Library; and an exhibition of household ornaments displayed in the Hunt Museum.

The ev+a 2005 colloquies on contemporary art and culture consisted of a weekend programme of informal sessions of open dialogue and argument among ev+a adjudicators, and included 2005 curator Dan Cameron, invited guests, artists and audiences who together set the structure for discussion.