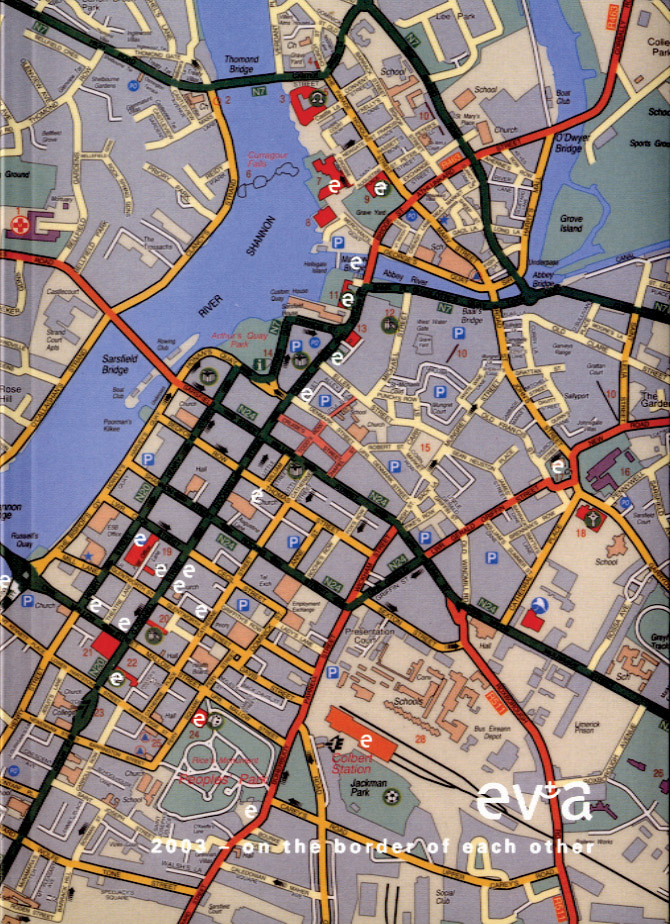 In 2003 Virginia Pérez-Ratton curated open ev+a 2003 and titled the exhibition ‘On the border of each other’. Pérez-Ratton was at the time Director Founder of TEOR/eTica, a private non-profit project in San José, Costa Rica.

Selecting works from the open submissions, Pérez-Ratton commented on how the theme took shape, “the process implied starting out with no previous structure or thematic axis, but rather allowing it to construct itself on the basis of the works presented. […] My intention in this year’s open ev+a focused on creating significant clusters of meaning – that is, grouping works that would relate to one another, and establishing aesthetic, sensitive or conceptual links between them” [taken from ‘Landing in Limerick’ Pérez-Ratton’s introduction to the 2002 catalogue].

Young ev+a 2003 included workshops and an exhibition at Belltable Arts Centre featuring the results of artist workshops with post-primary schools in Limerick.