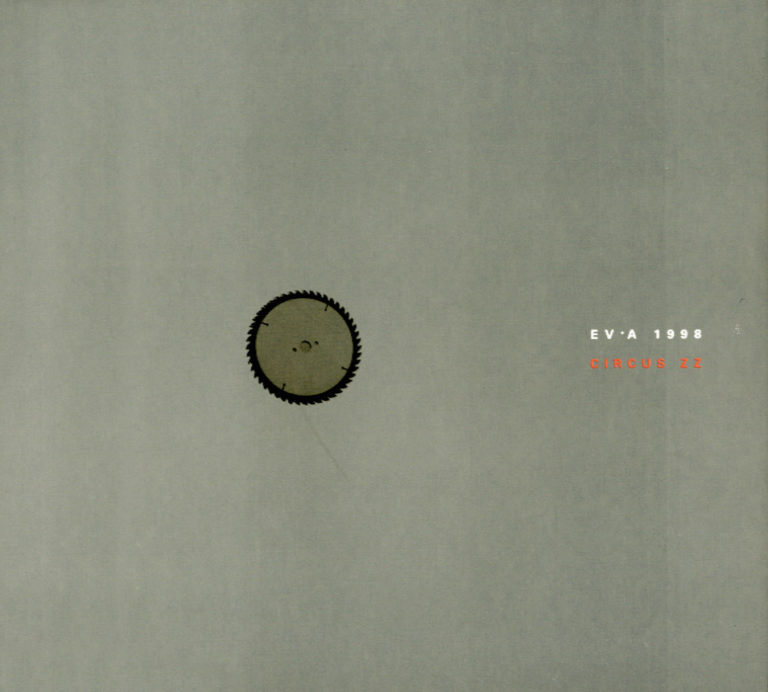 In 1998 Paul M O’Reilly the Director/Curator of Limerick City Gallery of Art and EV+A Administrator was appointed as Adjudicator. Rather than a theme, he adopted a guideline to select works, “this guideline was to incorporate, as far as the works would make it possible, a range of approaches to media and representation that would, on the one hand, deal directly with work that was decidedly committed to lens/screen-based media, and, on the other hand, would go as far as possible to include work that decidedly did not or tried not to rely on lens/screen media” [taken from the 1998 catalogue].

The exhibition was titled Circus ZZ and included the work of 108 artists in Open EV+A and 40 artists in Invited EV+A. EV+A 1998 was held in the Autumn rather than Spring, which had been the norm. It was noted in the catalogue that Invited EV+A was supported by previous adjudicators – especially Jan Hoet and his assistant Hans Martens – in the choice of international artists.

O’Reilly decided to follow the example of Germano Celant (EV+A 91 Adjudicator) and divided prizes equally between all 108 artists.

Young EV+A was organised and run by Gavin Hogg, Sheila Deegan and Paul M O’Reilly and exhibited in the Belltable Arts Centre in March 1998.

Limerick City Gallery of Art was being renovated and extended in 1998 so, for the first time since 1977, was not a venue.