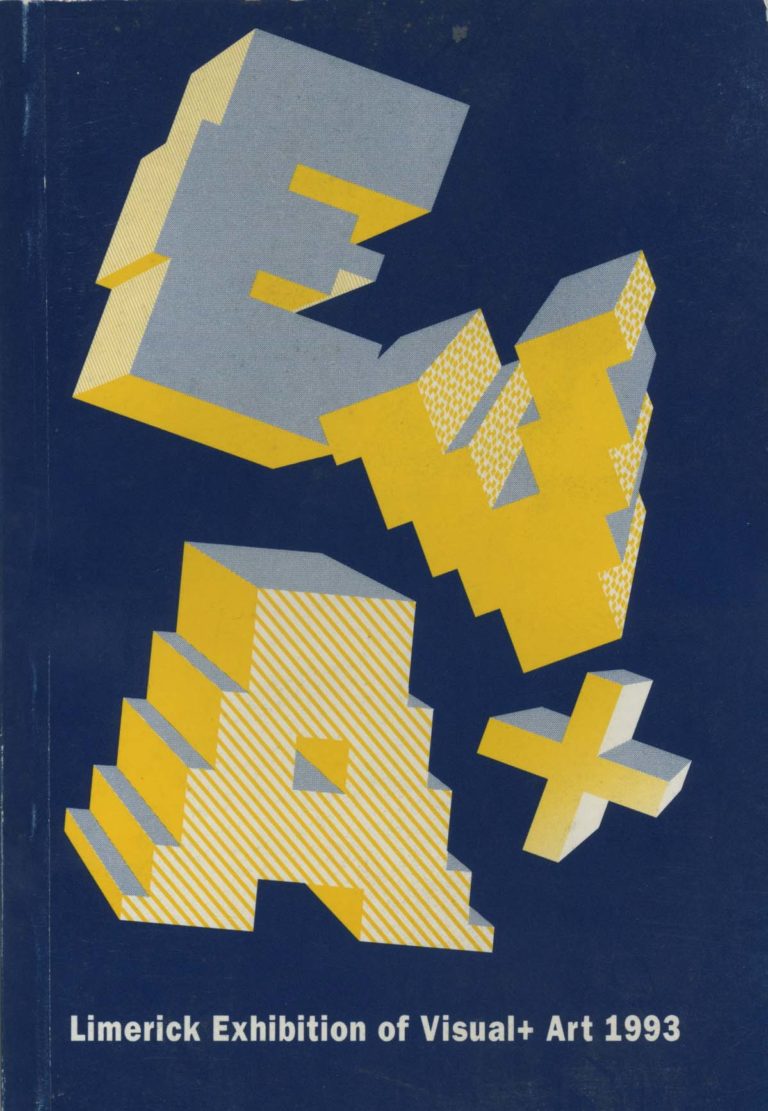 Gloria Moure a Spanish art historian, critic and curator was the EV+A 93 Adjudicator. In 1993 EV+A expanded to nine venues, there were 40 works (by 33 artists) in Limerick City Gallery of Art and 25 works by 19 artists placed in the other eight venues.

The catalogue included a conversation between Gloria Moure and writer Mic Moroney, which it was noted “emerged from a single fax transmission either way.” For the first time the artist’s works were reproduced in colour in the catalogue.

Hugh Murray commented in the catalogue, that “after 17 years of seeing EV+A selected by many of the finest critics and curators of the world. It is now obvious to us that EV+A has the potential to become an Important International event. Two years ago Germano Celant, the Adjudicator for EV+A ‘91, shook our complacency by saying that we had wasted his time. In his view, if we had given him the whole city as his venue and enhanced our source of art and artists, his time and abilities would have been used to far better effect. […] Next year, EV+A’s first international event will take place. Previous Adjudicators will be asked to select foreign artists of their choice to participate in EV+A” [Taken from Chairman’s Statement in the 1993 catalogue].

An exhibition of work produced as part of Young EV+A took place at Belltable Arts Centre. A selection of exhibiting artists were available, each for a full day, in the Gallery, working and discussing their art or art in general with young people. A series of informal seminars, discussions, and colloquies with people prominent in the arts took place and was titled ‘Making Personal Sense of EV+A 1993’.