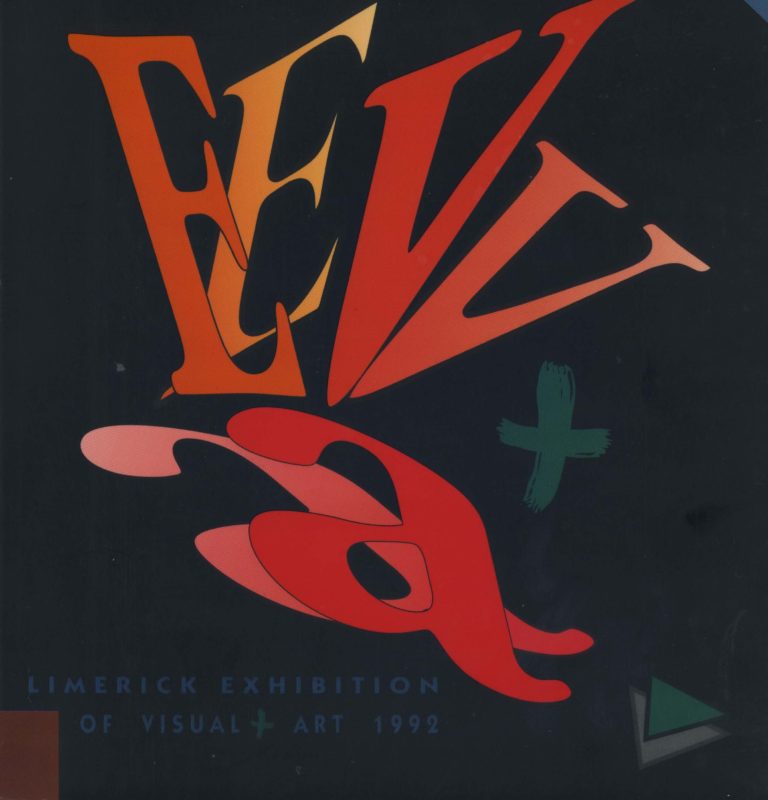 EV+A 1992 was the fifteenth edition of the annual exhibition. It was adjudicated by Lars Nittve, Curator of the Rooseum in Maalmo, Sweden. In the catalogue, Nittve wrote a diary of his three days in Limerick selecting works and finding a venue to complement Limerick City Gallery of Art. “My thirst for a pint of Guinness – not too cold – takes us to Slattery’s highly individual rooMI think it was Paul M O’Reilly, the Director of the Limerick City Gallery of Art, who had the idea – a stroke of genius – to include a room like this, one of the most obvious meeting places in Limerick, in the EV+A. Actually, I had a possible work in mind right away. A double anamorphic relief, at the same time absolutely perfect and completely alien to this setting” [taken from Days and Nights in Limerick by Lars Nittve in the 1992 catalogue].

In addition to the primary location Limerick City Gallery, there were works located in the Civic Offices and Slattery’s Pub. There were 37 works by 26 artists on display and three of the artists were invited to partake in one-man shows in the City Gallery following EV+A.

Deirdre Henchy was the Young EV+A Coordinator, and wrote in her overview, “Young EV+ A has ventured beyond the classroom door and has loosed itself upon the wider community. It is hoped that the experience will prove to be more than just a fleeting brush for the young people with artists and their work. Rather that they will grow from their experiences and go on to develop an awareness and an appreciation of the art that is to be found all around them.” Three artists, worked with schools and community groups around Limerick city. An artists in the gallery scheme was delivered for the fourth year, 15 of the exhibiting artists gave their time to talk to younger people about their work as artists. A series of informal seminar/discussions/colloquies with people prominent in the arts took place in Limerick City Gallery.