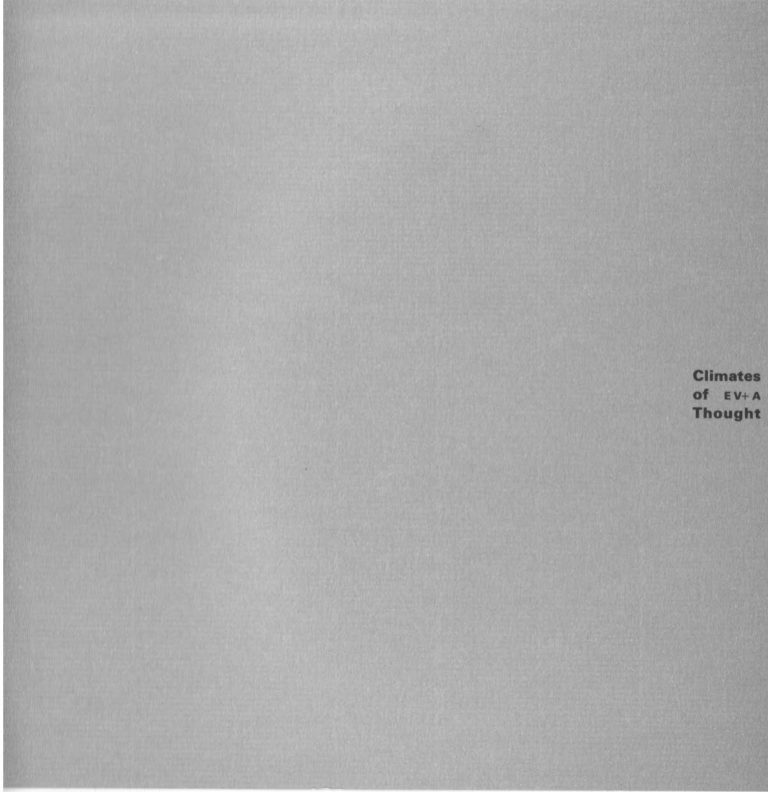 The Exhibition of Visual+Art in 1990, for the first time has its own title ‘Climates of Thought’ selected by Adjudicator, Saskia Bos. Bos was at the time Director of the Appel Foundation in Amsterdam and had previously been the Commissioner of the Dutch Pavilion of the Venice Biennale (1984).

On her role as Adjudicator, Bos commented, “My personal choice out of the many works submitted to EV+A 90 was not simply a matter of awarding three prizes and selecting a group of good works. It was also heavily influenced by the idea of presenting the works within the context of an exhibition where they would be given sufficient space to be seen for themselves and would not result in a colourful patchwork of separate objects placed on the walls […] A subtly narrative installation has been placed separately to allow it the space to speak for itself” [taken from Adjudicator’s Statement in the 1990 catalogue].

Climates of Thought included the work of 30 artists selected from an open submission. EV+A 1990 took place at Limerick City Gallery and was the first EV+A to take place in Spring, rather than Autumn.

Young EV+A 90 “Out of Hospital” Exhibition took place at Belltable Arts Centre and included work that was made by students of Hospital, Co. Limerick under the tutelage of EV+A artist, Jim Manley as part of the first EV+A Artist in Residence Scheme. Mike Fitzpatrick was the Young EV+A 90 Organiser who programmed the Artists In the City Gallery programme which featured eighteen artists giving advice and demonstrations to younger audiences.

Other events included a series of informal seminar/discussions with people prominent in the arts titled ‘Making Personal Sense of EV+A 90’.