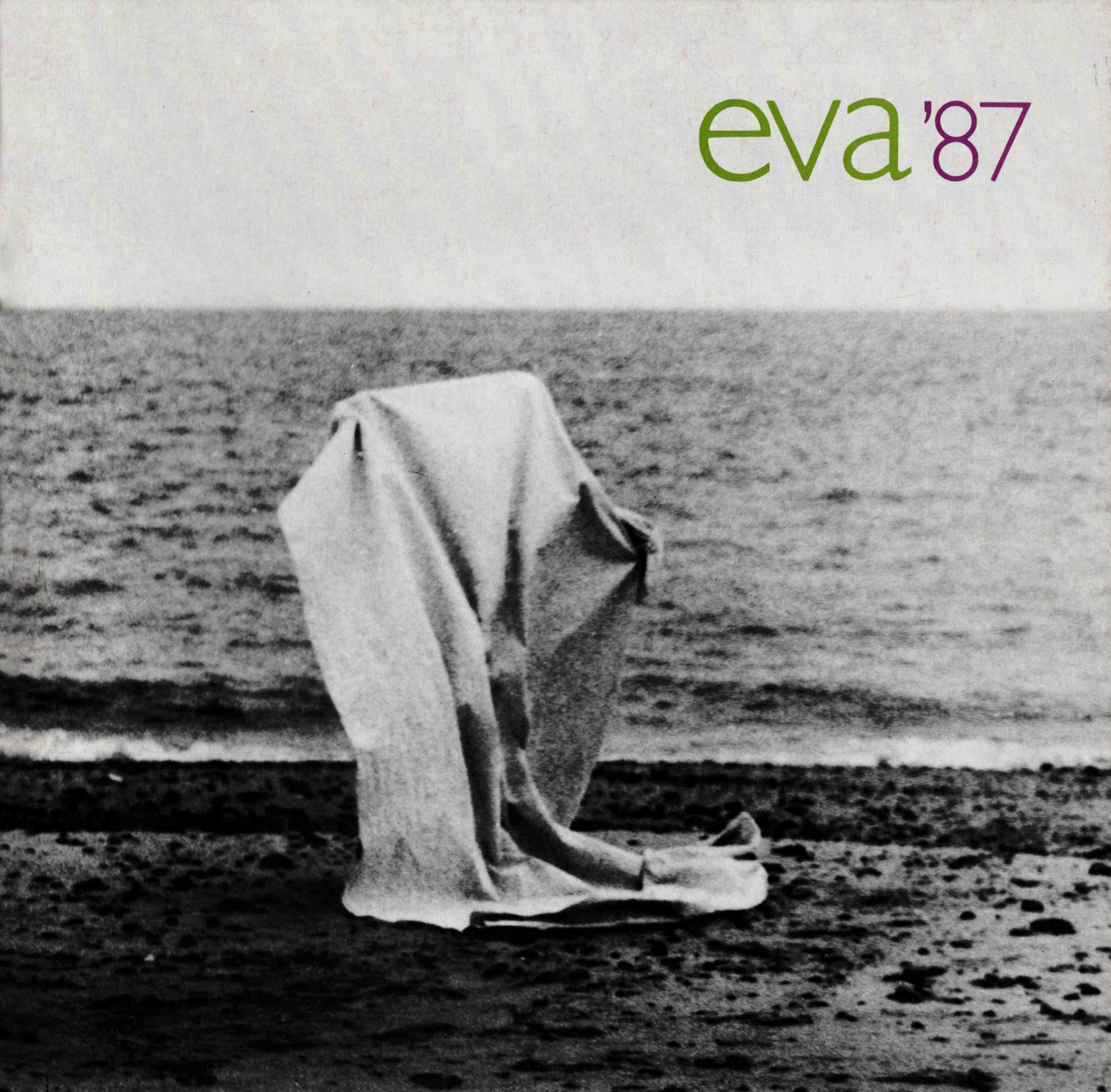 EVA 1987 was the 11th edition of the annual visual arts event in Limerick. In 1987 Limerick had a widened arts offering with the arrival of the Belltable, the expanded City Gallery, the All Plus Ten Sorts Gallery, the Riverrun Gallery, and The Limerick Contemporary Arts Society. However as noted by Chairman Hugh Murray in his Introduction to the catalogue “the gulf between the general public and contemporary art does not seem to diminish. Dismay, confusion and even anger at what is on display is not unusual” [taken from the 1987 catalogue].

Contemporary art was also more visible in Ireland at the time, as noted by Limerick City Gallery Director/Curator and EVA Administrator Paul M O’Reilly in his introduction to the catalogue: “This year EVA comes at the end of the countrywide celebration of contemporary art called Thirty Days Art September, led by the Arts Council and joined in by all the art centres and galleries. This emphasis is meant to support the case for the establishment of a proper National Gallery/Museum of Modern/Contemporary Art now being put before the people and Politicians” [taken from the 1987 catalogue].

In 1987 Ida Panicelli was the Adjudicator. At the time Panicelli was curator of the Galleria Nazionale d’Arte Moderna in Rome and co-editor of “Bellltalia” with Radio Televisione ltaliana. She has previously curated various biennial exhibitions including XII Mediterranean Biennale, Egypt (1980), XII Biennale des Jeunes, France (1982), and V Biennale of Sydney, Australia (1984). Panicelli selected 70 works by 52 artists, 20 women and 32 men as noted by Paul M O’Reilly in the 1987 catalogue.

The Art Exhibition “Young Peoples’ Response to EVA ’87” ran for the last five days of EVA and featured the work of primary and secondary school students who took part in the Young EVA ’87 project and the Artists in Schools workshops with four EVA ’87 artists.