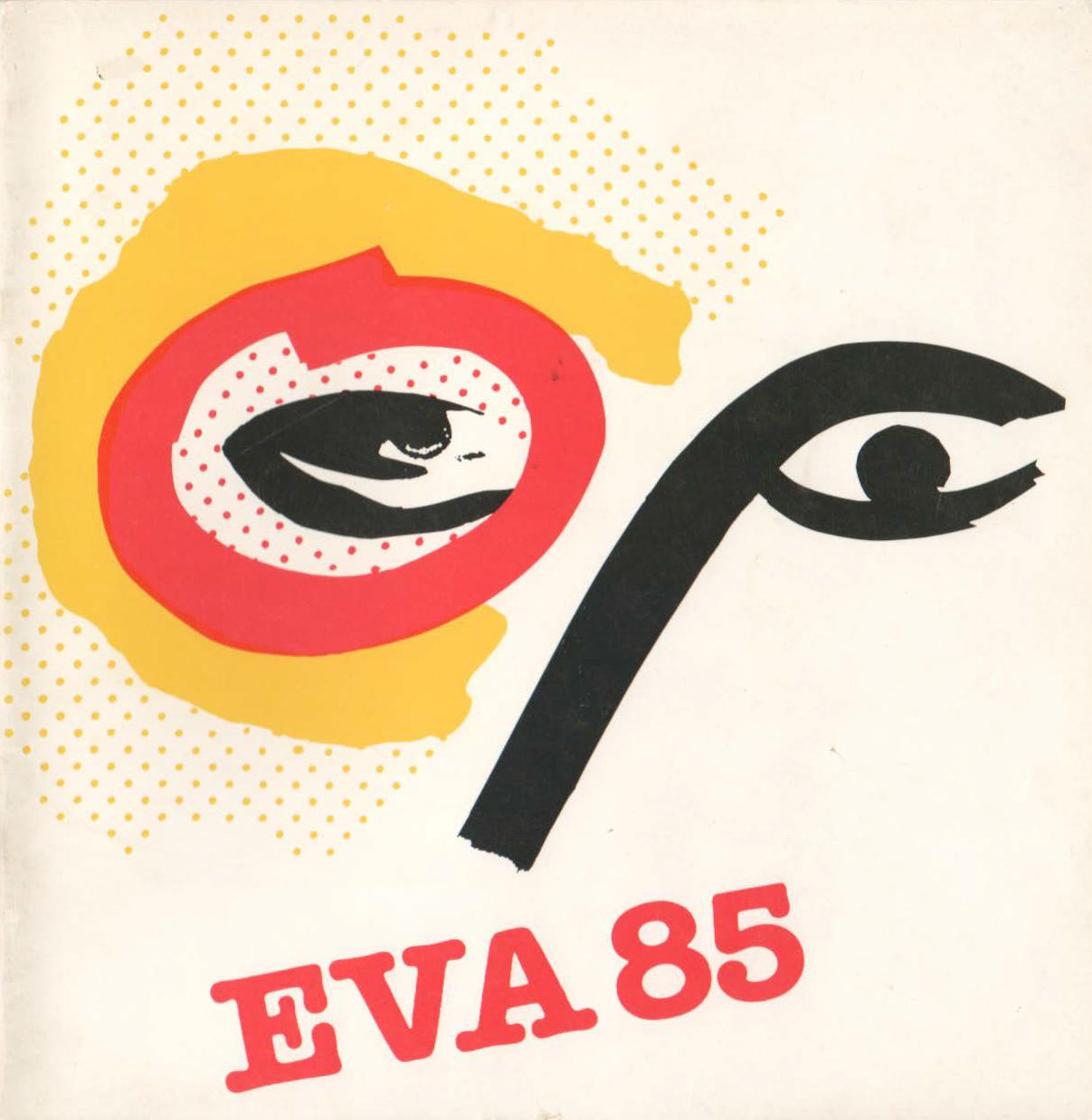 In 1985 the exhibition took place at the renamed Limerick City Gallery (formerly The Municipal Art Gallery), which had been extended after the City Library had relocated to the Granary in 1984. The committee saw this as an opportunity to expand EVA which Chairperson Tony Rodgers felt had plateaued, “this opens up possibilities for diversification, e.g. inclusion of large-scale installations and even performance art which up to this could not have been considered owing to space restrictions in the old Gallery” [taken from the 1985 catalogue].

Rudi Fuchs was the Adjudicator, who was at that time Director of Van Abbemuseum and had previously been artistic Director of Documenta 7, Kassel. There were 67 works on display by 60 artists which were chosen by Fuchs from an open submission.

1985 was the first year that Limerick City Gallery was open during lunch time, something referred to as a ‘special feature of EVA’.

Events included a lecture series, which in 1985 was titled A Century of Modern Art, with contributions from Rudi Fuchs, poet and novelist Anthony Cronin, art critic Joan Fowler, and academic Luke Gibbons, among others.

In response to contemporary art education trends and the Arts Council’s remit, EVA organised for the first time school-oriented tours and a pilot scheme of working more directly with a small number of schools on an intensive five-week project.

Paul M O’Reilly, the newly appointed Director/Curator of Limerick City Gallery, and administrator of EVA wrote, “It’s a pity, though, that EVA’s very title carries so blatantly the visual bias further than it need or should be allowed to go. Those who know or care to let others know could call it EV+A. meaning by that the Exhibition of Visual + (Visual Plus) Art. The plus sign stands for all that the word visual tends to let us ignore, which is all that modern art here in Ireland as elsewhere so deeply celebrates” [taken from the 1980 catalogue]. This was the first mention of EV+A a name which would later be used from 1988 until 2012.