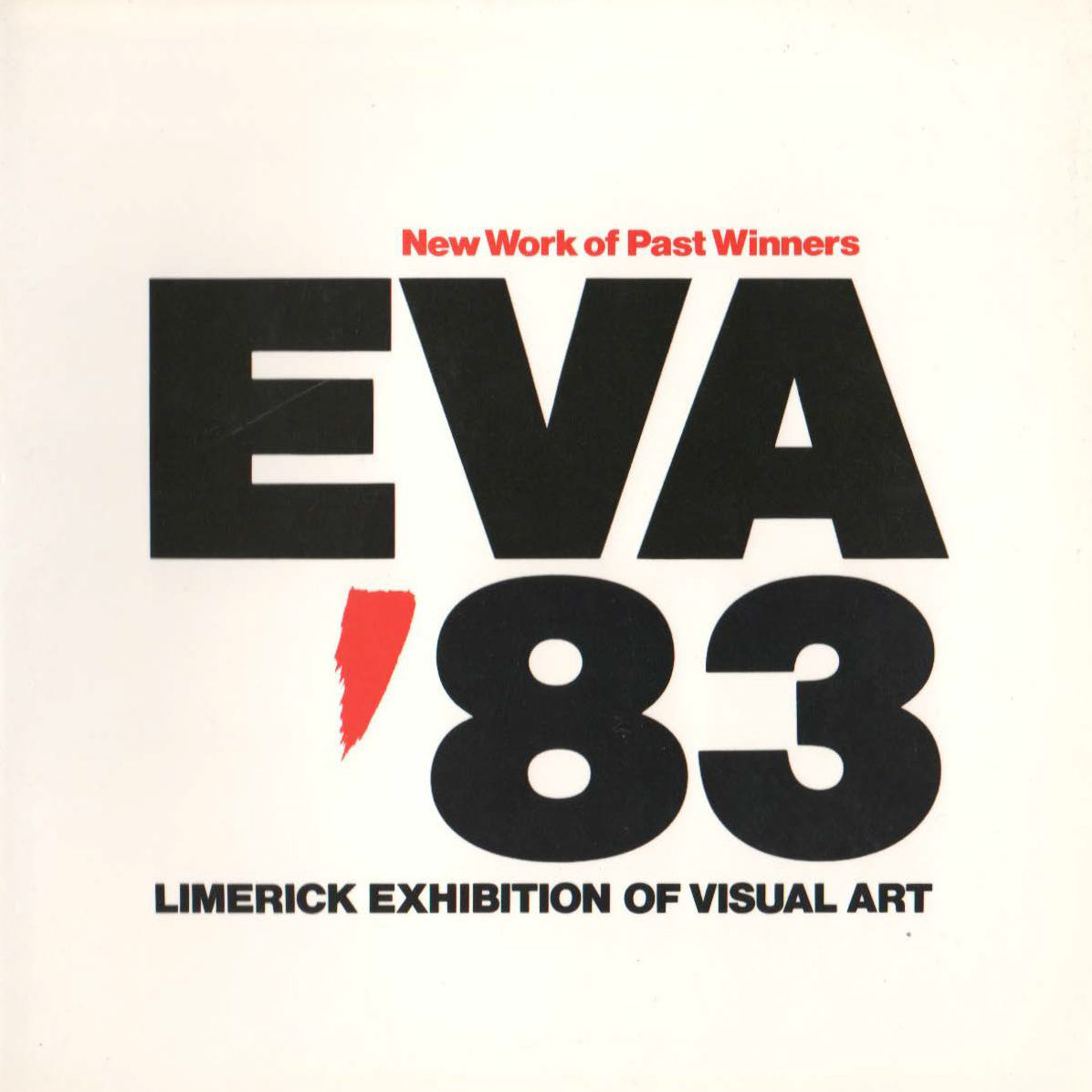 “After six annual shows based on open entry, the Committee felt a need for change in 1983. Accordingly, all the previous prizewinners in EVA were invited to submit examples of recent work, as a way of discovering what had become of the Artists and their Work since receipt of their awards. Had their success in EVA been a source of encouragement or an insignificant event?” [taken from Chairman, Hugh Murray’s introduction to the 1982 EVA Catalogue].

The exhibition of 132 works from 36 previous prizewinners took place in The Municipal Art Gallery, Limerick with a concurrent show running at The Arts Council Gallery, Belfast, both later merged and a selection of the works were exhibited at the Douglas Hyde Gallery, Dublin.

The committee decided, in the absence of an adjudicator, to invite Aidan Dunne to write an appraisal of EVA over the years. Dunne was at that time art critic of ‘In Dublin’.

In order to “assist the general public in an understanding of the concepts involved in the creation of contemporary art” the committee organised a series of lectures on contemporary art with the help of the Regional Management Centre in NIHE, Limerick.