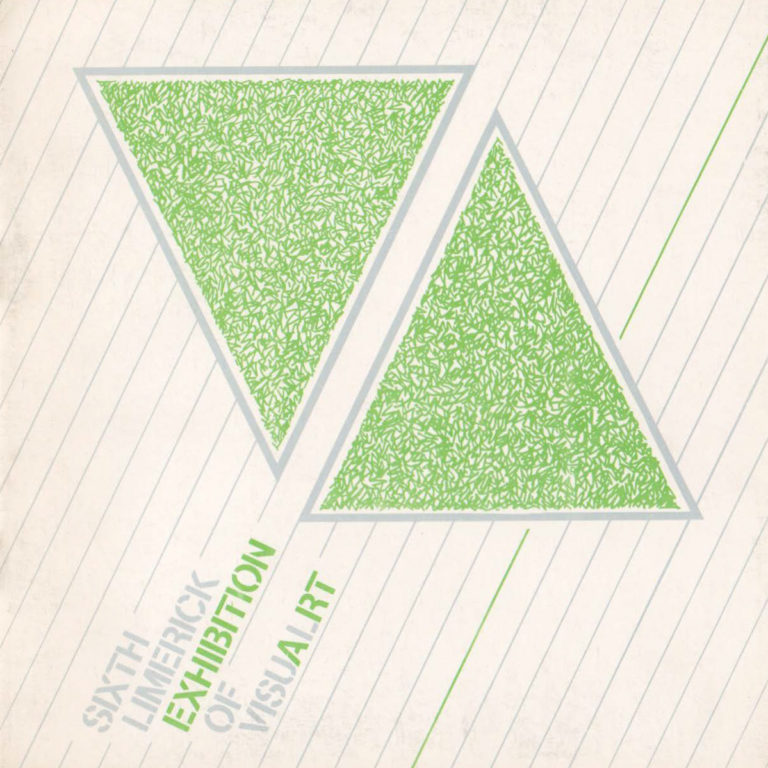 The sixth edition of EVA in 1982 took place in The Municipal Art Gallery, Limerick (now Limerick City Gallery of Art), adjudicated by Liesbeth Brandt Corstius who was an art critic and soon to become Director of the Municipal Museum in Arnhem.

She selected 72 works from over 400 submissions by Irish artists. In her introduction to the 1982 catalogue, she described the process: “I realise that my work for the next two days will be rejecting over four hundred works of art by Irish Artists. A cruel job I am glad not to know any of the artists personally and to be able to fly out of Limerick after having finished it. …  Due to the great shortage of centrally located Exhibition space in Limerick, the Exhibition is confined to 60 or 70 works of moderate size. The large entry, therefore, results in some work being rejected solely due to lack of space.”

EVA continued its fringe events in an attempt to increase local awareness of the exhibition, with talks and readings by Paul Muldoon and Paul O’Reilly, as well as an open invite to schools for tours. The need to develop the audience for EVA was also addressed in Hugh Murray’s foreword to the catalogue: “The Committee … places great importance on the degree of public participation in the Exhibition. The attendances are quite good and the opening night leaves one in no doubt about the grouping instincts of mankind (we suppose the wine helps). Yet the awareness of EVA locally is not such as to require the Committee to budget for crowd control services. With this in mind, fringe events have been organised, with some success, to attract people with interests in the other arts, such as literature and music.”