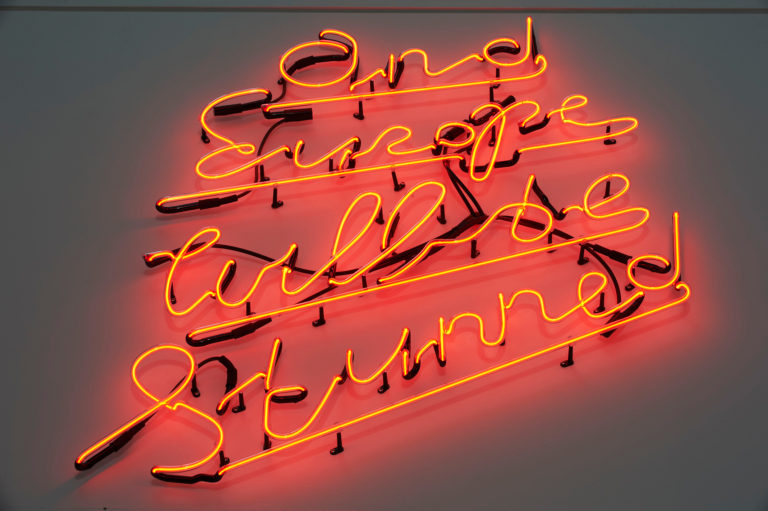 Yael Bartana works primarily with video and has focused on Israel and the Israeli- Palestinian situation within her practice. A point of departure in her work is everyday living and its rituals related to the actions of the state and a constant presence of war and insecurity. Bartana’s films are often centred on a personal poetic expression, achieved through the manipulation of sound, movement and images. They are both visually and intellectually intriguing, sparking responses from the political to questions of machismo, gender and human relationships.

The trilogy revolves around the activities of the Jewish Renaissance Movement in Poland (JRMiP), a political group that calls for the return of 3,300,000 Jews to the land of their forefathers. The films traverse a landscape scarred by the histories of competing nationalisms and militarisms, overflowing with the narratives of the Israeli settlement movement, Zionist dreams, anti-Semitism, the holocaust and the Palestinian right of return. The recurring presence of Bartana’s work within After the Future, speaks to the real world implications of her practice, the possibility for a peaceful acceptance of multiculturalism in a heterogenous society.