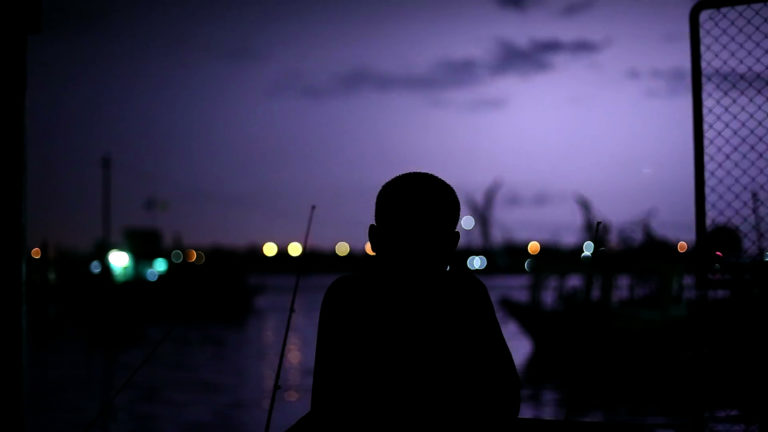 Viriya Chotpanyavisut’s video Late Summer in Bangkok was filmed at the end of April 2016, on the hottest recorded day in Thailand that year. The meteorology department reported a record temperature of 44.6 degrees Celcius. The high temperatures caused series of unusually heavy storms – a great lightning storm filled the Bangkok sky. This film documented the storm from Chao Phraya River, which is often seen as the link between the city and nature, between the urban and rural. At one point, in contrast to the glittering lights of the neoliberal corporate skyline of the city, the shadow of a fisherman is seen; his impoverished reality is apparent. The work depicts people who are struggling to live while the raw, uncontrollable power of nature makes life even more difficult. The video highlights the interrelationships and constraints between man and nature that exist today.