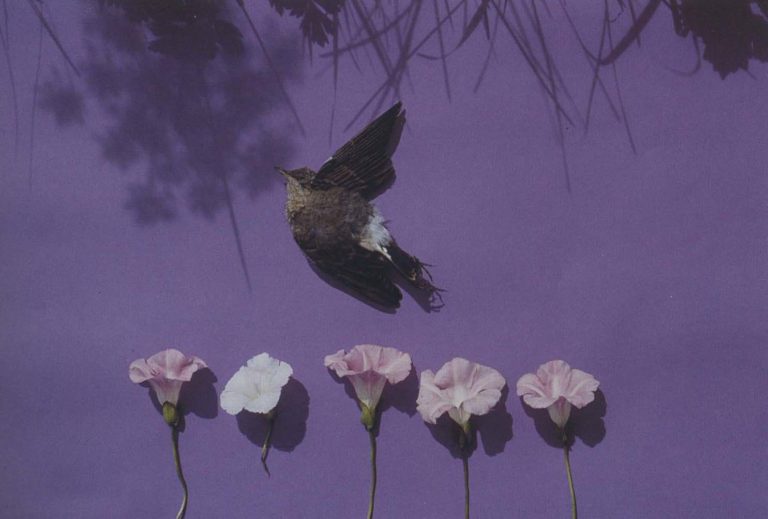 These photographs were taken over the period 1996 to 1999, and were entirely dependent on what I found on the roads around where I live. Each one felt like a gift that needed a ceremony to acknowledge and celebrate.

Firstly I would marry the bird/animal with seasonal flora to photograph them; then I would bury them together, marking the graves with stones. I have subsequently dug up the bones, which I hope will become part of the work in the future. I thought I had finished the series, but I keep finding more, birds usually. Everywhere I go. Now I keep a look out. I was in New Mexico recently and I found a mountain bluebird, which we don’t have in Ireland, so I made a picture of it with some wild sunflowers. I like the idea of different series for different countries.