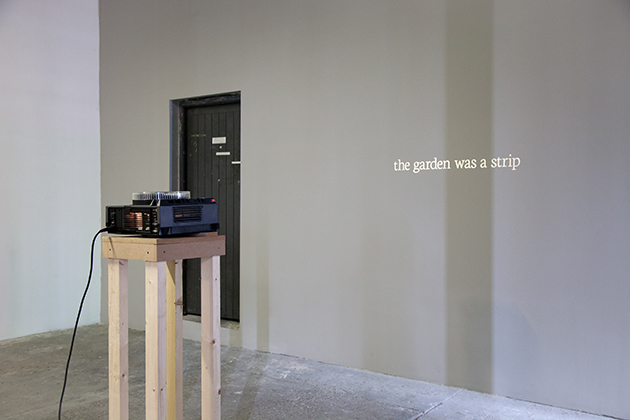 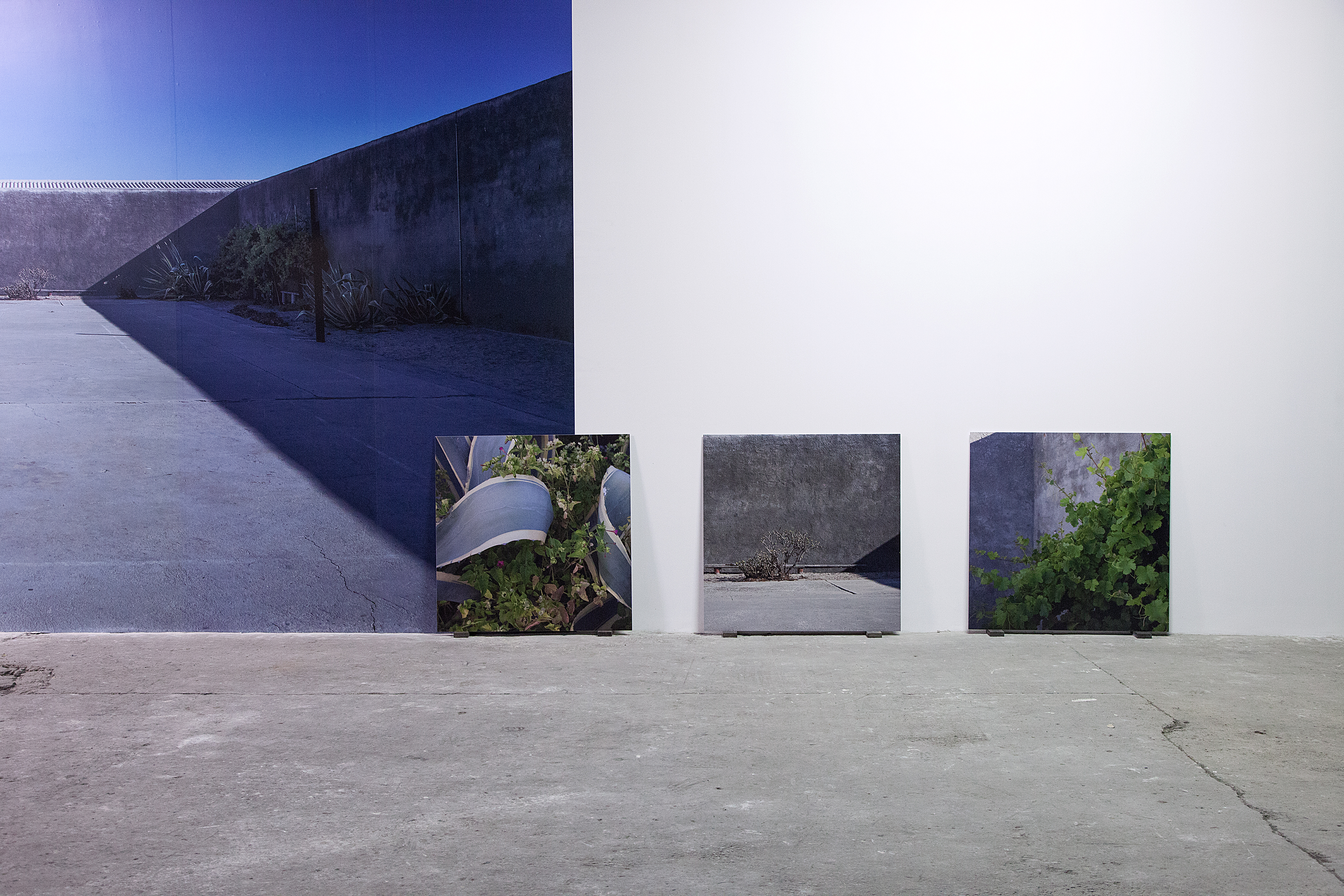 Uriel Orlow’s research-based, process-oriented, and multi-disciplinary practice utilizes film, photography, drawing, and sound. Known for his single-screen film works, performance lectures, and modular installations, Orlow focuses on micro-histories and is concerned with spatial manifestations of memory as well as forms of haunting. In the words of critic Dimitris Lempesis: ‘Orlow engages with the way the past emerges and lives on in the present and often repeats itself, questioning linear chronology. […] The artist brings different image-regimes and narrative modes into correspondence and prompts blind-spots and micro-narratives to reverberate in larger historical contexts.’

The installation Grey, Green, Gold (2015) comprises a concrete plinth with a loupe and a seed, a slide projection, photographs, and a wallpaper image. The work refers to the following story: Nelson Mandela and his co-accused ANC comrades from the Rivonia Trial were imprisoned in a special section for political prisoners at Robben Island prison, off the Atlantic coast in Cape Town, for eighteen years from 1964 to 1982. In the prison they established a garden that played an important role during their time there. Most importantly, it helped to hide the manuscript of Mandela’s biography, which was eventually published under the title Long Walk to Freedom in 1995.

In the late 1960s, rare yellow crane flowers (Strelitzia reginae or bird-of-paradise flower) were found at Kirstenbosch National Botanical Garden, Cape Town. These flowers of South African origin are usually orange in colour. A process of selective breeding was started, pollinating yellow flowers by hand with each other. It took almost twenty years to build up a stock of yellow crane flower seeds – and this roughly coincided with the time Mandela spent in prison. In 1994, after Mandela became the first black president of South Africa, the flower was renamed ‘Mandela’s Gold’. At Kirstenbosch, the grey squirrel that the colonialist Cecil Rhodes brought with him from England, and which has naturalized there, will consume entire capsules of seeds if unchecked. To protect the seeds from this ‘predator’, each fertilized flower is enclosed in fine-mesh chicken wire.

As Orlow once explained about the work to art critic Elena Bordignon: ‘A lot of my work is about small events or forgotten, invisible sites that obliquely refer to larger historical contexts. I don’t feel that I chose those stories or places but rather that they chose me. I come across them and something arrests my attention. And more importantly it connects to something else. The seed […] refers to a new beginning, a new era after apartheid. But it also carries within it a reference to time; time spent in prison. And while Mandela was in prison, he and his fellow political prisoners created a garden in the prison courtyard. This garden played an important role. […]. So there is a connection between plants and history, plants as silent yet eloquent witnesses of history.’