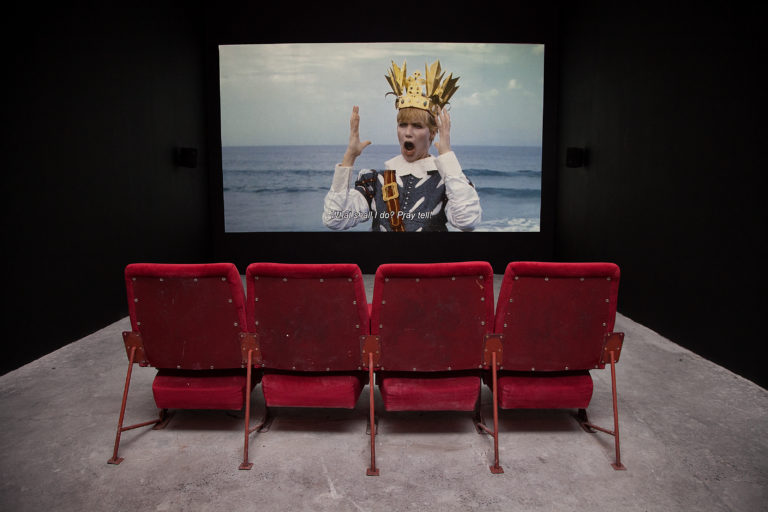 Ulrike Ottinger is a screenwriter, cinematographer, and photographer as well as a film, theatre and opera director. She made her first films, in Europe, in the 1970s, and from the 1980s her travels through Asia gave birth to several films. Alongside her journey in the Far East, she applied a virtually ‘ethnographic’ attention to the changes taking place in her own city Berlin during the period between the fall of the Berlin Wall and German reunification. In critic Roswitha Mueller’s words: ‘If recent technological means of communication and transportation annulled space and time, if the media and tourism have turned the whole world into everybody’s front yard, Ottinger’s films are intent on reconstituting distance and difference. This position originates in the insight that the ideal of homogeneity is fundamentally related to the fear of otherness, in other words, amalgamating and making the same is the other side of the coin of casting out and excluding.’

In the experimental film Dorian Gray in the Mirror of the Yellow Press (1984), Ottinger takes up the character of Dorian Gray (played by Veruschka von Lehndorff) and uses him/her to explore the seamier side of Berlin night and street life. Ottinger’s Dorian Gray matches wits with none other than Dr. Mabuse, who has transformed from Fritz Lang’s underworld kingpin into an ambitious media tycoon (played by Delphine Seyrig). Central to the film is the ‘opera’ sequence that is set in a theatre and shows a baroque opera from colonial times.

As Ottinger says about the work: ‘The illustrations painted on [the theatre frame] attest to the exoticism of the colonial opera. Scenes of an opera performed within the frame are set in the early stages of the Spanish Inquisition and deal with the conquest of the Isle of Bliss. It’s a multi-faceted construction: outside the frame there is the story of Frau Dr. Mabuse, the boss of an international media concern, and Dorian Gray, her student, victim, and rival. I placed the markedly artificial frame in a natural landscape. The curtain opens and nature becomes an operatic stage. Another shot shows a wall of rock with a cavity that with the addition of drapery becomes a theater box. From there, Dr. Mabuse and Dorian Gray watch themselves in the opera, in their roles on stage as Grand Inquisitor of Seville and the young Spanish Infant. There’s a view into the frame but also out from it. And there are the characters’ own views of themselves. Art frames nature: the sea in the background is real but the clouds and sky are painted parts of the frame. I like to work with these kinds of trompe-l’oeil effects. It creates the possibility to reflect the relationship between art and nature.’