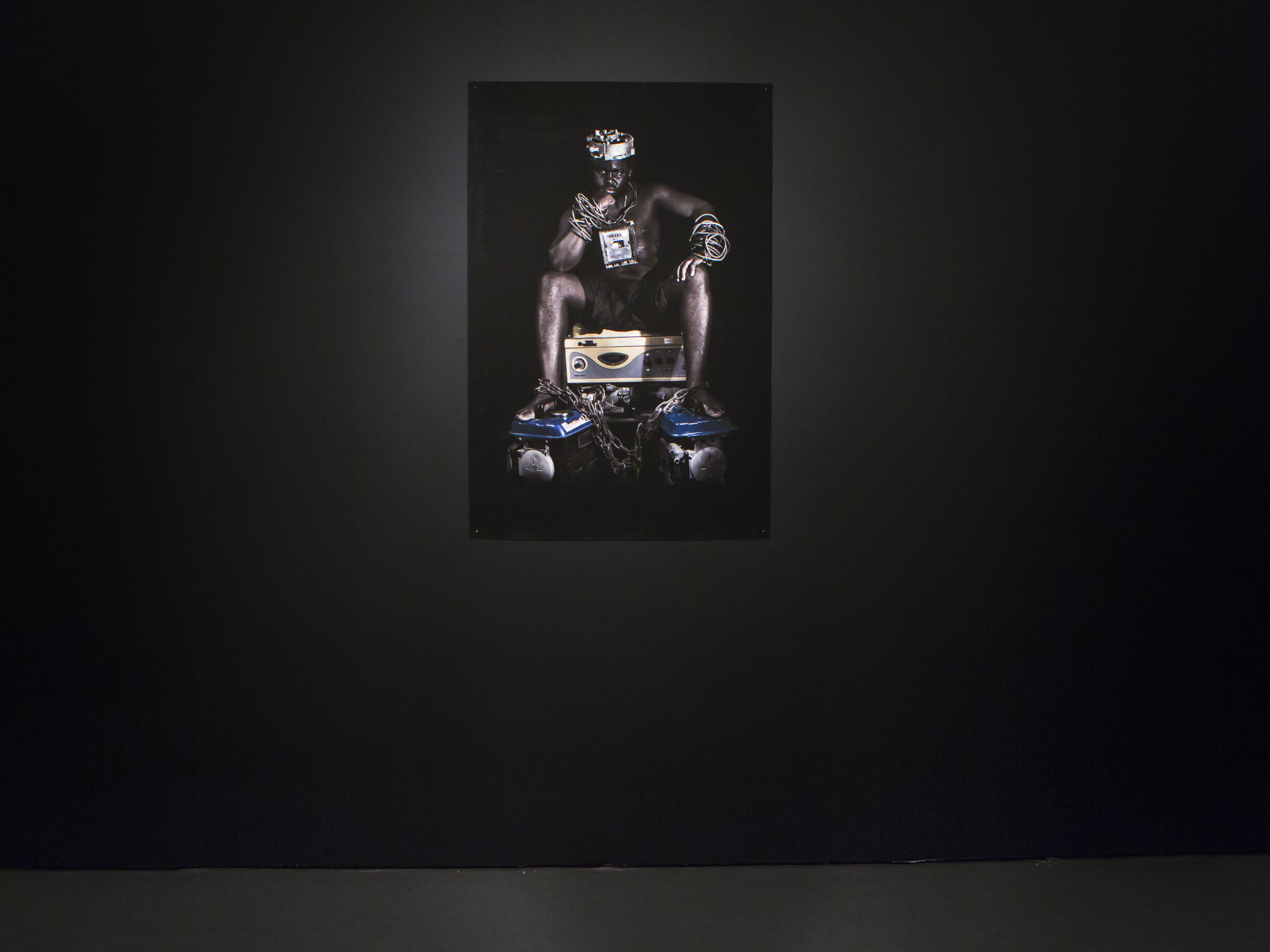 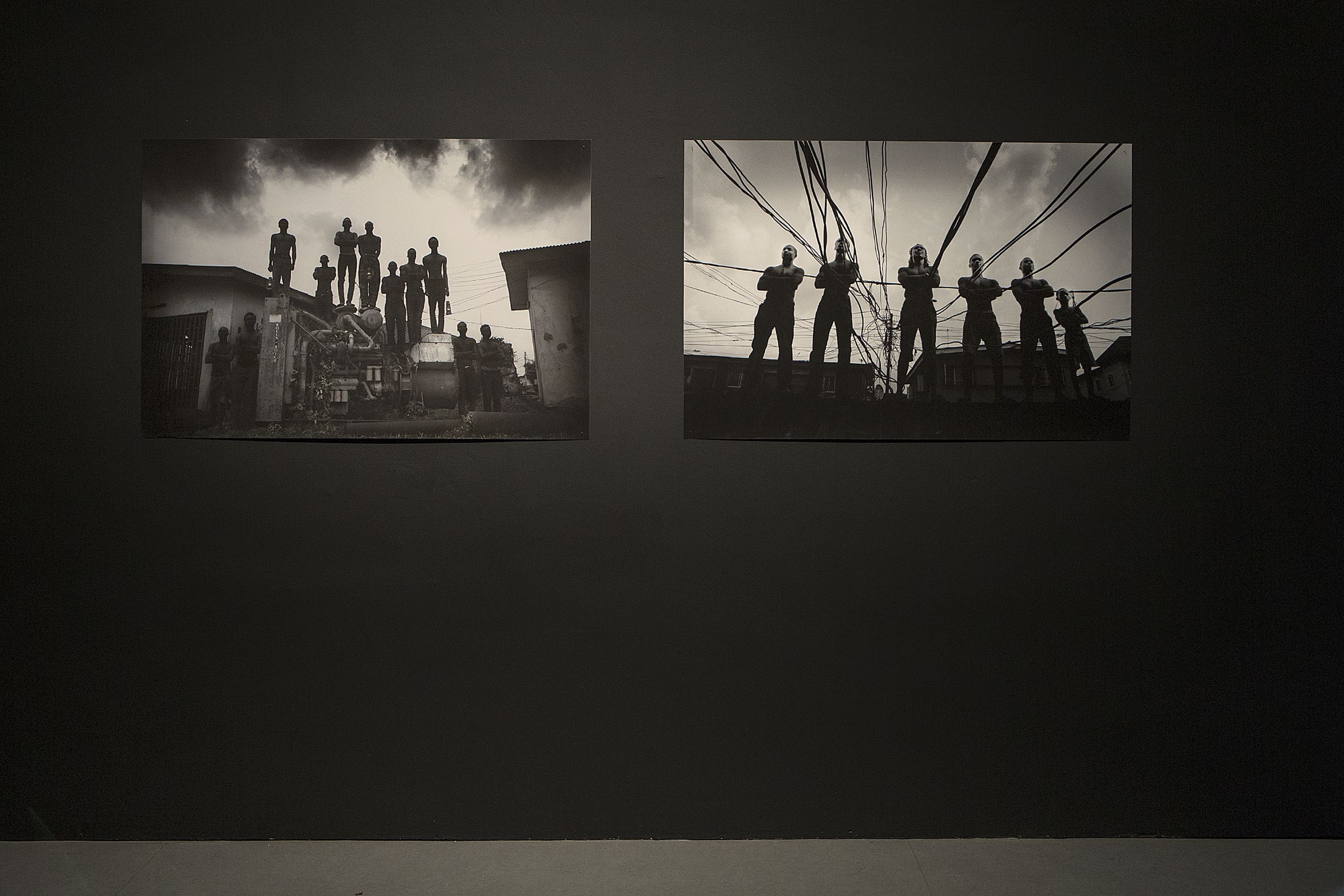 Uchechukwu James-Iroha’s Realities of Self-Help, Power and Powers Series (2012) explores the dark and unprogressive relationship between political power and electrical-power distribution in Nigeria. By far the most populous country on the African continent, Nigeria, with its vast human and material resources and enormous potential, has major issues with its erratic supply of electrical power. Political office seekers use lofty promises of ‘light’ as the most effective bait for support from citizens. The trend of investing in white-elephant projects across Nigeria – publically funded government projects that are extremely expensive to operate and maintain, don’t add value to the economy, or make profit – point to a failure of local policy. Such projects are dependent on an efficient electrical supply system and are set for defeat from the outset. James-Iroha’s intense black-and-white photographs are performative and theatrical. The body appears in staged compositions where individuals enact different roles: from images of corrupt patriarchal politicians to common people who appear ‘chained’ by electric cables, as though enslaved to the dehumanising quality of life owing to the lack of consistent electrical power.

Uchechukwu James-Iroha  studied sculpture at the University of Port Harcourt Art School in Nigeria, and started taking photographs in 1996. He is a prominent figure in the new generation of Nigerian photographers. Pairing the documentation of everyday life with creative imagery, James-Iroha’s images reflect the diversity of people who form the mix of cultures and influences in Lagos, a fast-growing megacity in Nigeria. In 2008 he received the Prince Claus Award in the Netherlands, and his series Fire, Flesh and Blood won the Élan Prize at the 2005 Mali biennial exhibition, African Photography Encounters. He is a founding member of the collective Depth of Field (DOF), and also mentors emerging photographers.