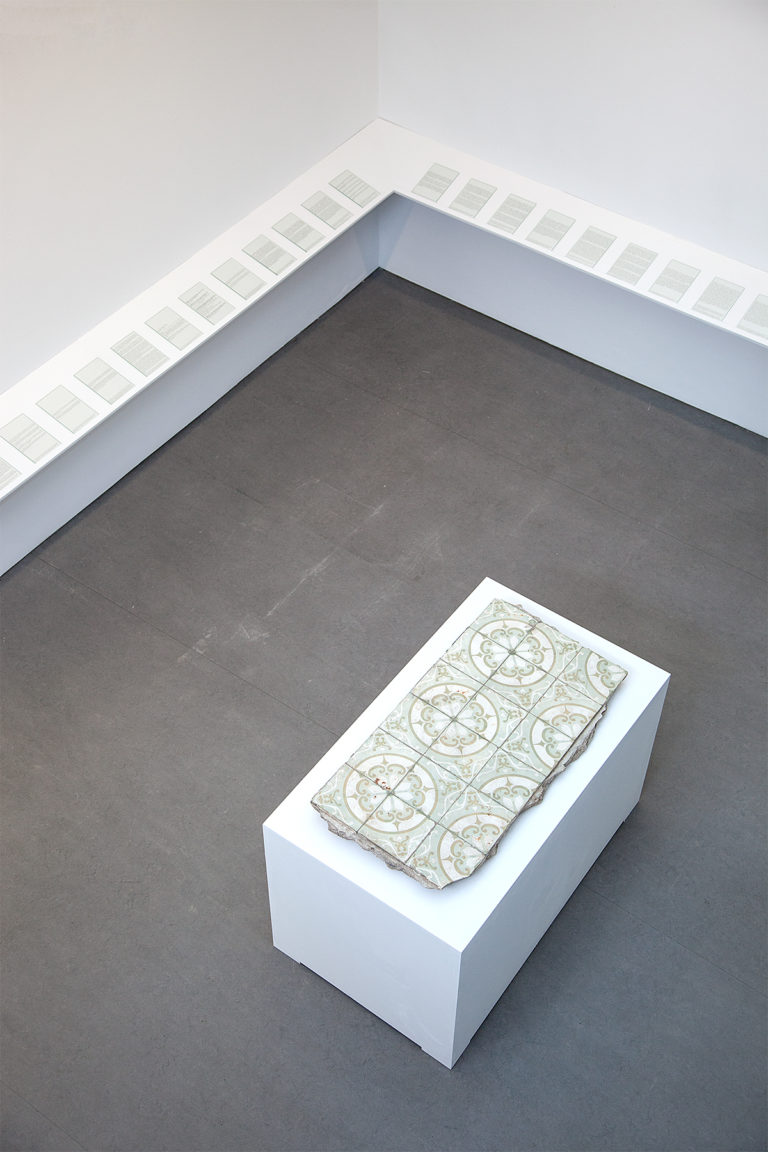 Tiffany Chung is noted for her cartographic drawings, sculptures, videos, photographs, and theatre performances that examine conflict, displacement, migration, urban progress, and transformation in relation to history and cultural memory. Chung’s work examines the geographical shifts in countries traumatized by war, human destruction, or natural disaster. Her map drawings layer different periods in the history of devastated topographies, reflecting the impossibility of accurately creating cartographic representations of most places. Transgressing space and time, these works unveil the connection between imperialist ideology and the vision of modernity.

Chung’s maps interweave historical and geological events, spatial and sociopolitical changes with future predictions, revealing cartography as a discipline that draws on perception and fantasy as much as geography. Exploring world geopolitics by incorporating international treaties with local histories, her work re-maps memories that are not part of any official records. Based on meticulous ethnographic research, Chung’s work excavates layers of history, rewrites chronicles of places, and creates interventions into the spatial narratives produced through statecraft.

In the words of Dr Pamela Nguyen Corey: ‘Chung’s projects often heed geographer Nigel Thrift’s call for renewed attention to the “spatial politics of affect” in everyday urban life. As these textures of experience often challenge succinct and rational description, the notion of assemblage – in its definitions as an artistic method or as a collection of objects from an archaeological site – gives form to the sensory and emotional currents that characterize the particularities of the urban experience.’

For An archaeology project for future remembrance (2013) Chung conducted research into the history of Thu Thiem, a district in Ho Chi Minh City that was razed to the ground for redevelopment. She recaptured voices and social spaces lost through the transformation of a city, thus evoking the daily rhythms and the complex layers of history of this once lively landscape. Chung has excavated a section of tiled flooring, extracted from Thu Thiem, and presented it here in the gallery as a future relic. A series of twenty-six texts are handbound in the accompanying book, and each text relates the history of urban development of imperialist and nation-building projects. These texts, which spatially complement Chung’s cartographic drawings, acts like maps that trace the language of modernization and produce an archival narrative. An archaeology project for future remembrance is a reflection on the affect of urbanization; it uncovers and remembers those buried fragments of the city, of civilization.

Tiffany Chung received an MFA from the University of California, Santa Barbara,  in 2000, and received her BFA from California State University, Long Beach, in 1998. She is a cofounder of San Art, an independent, artist-initiated, non-profit gallery space and reading room in Ho Chi Minh City, Vietnam. She was awarded the Sharjah Biennal Artist Prize in 2013.