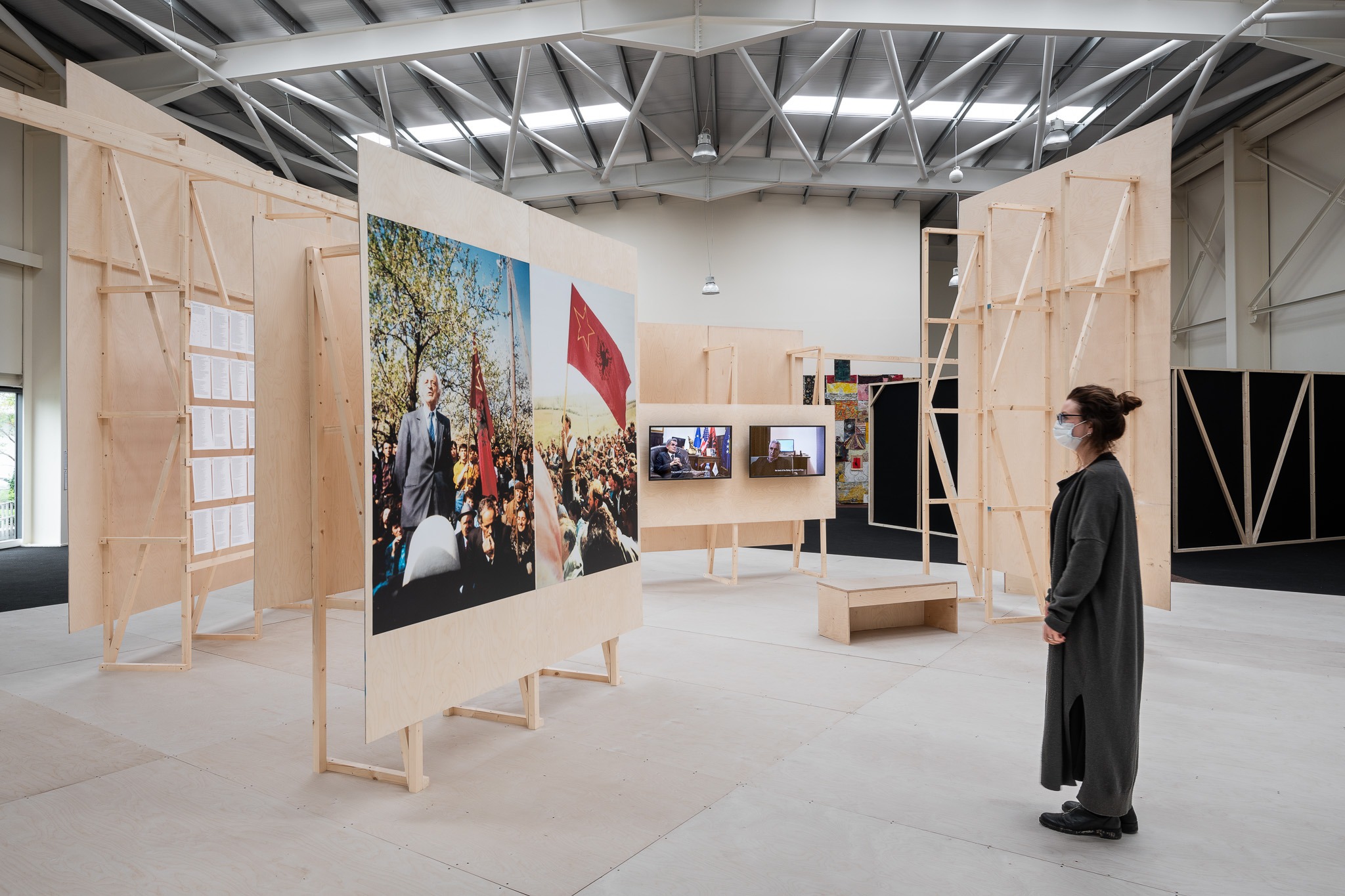 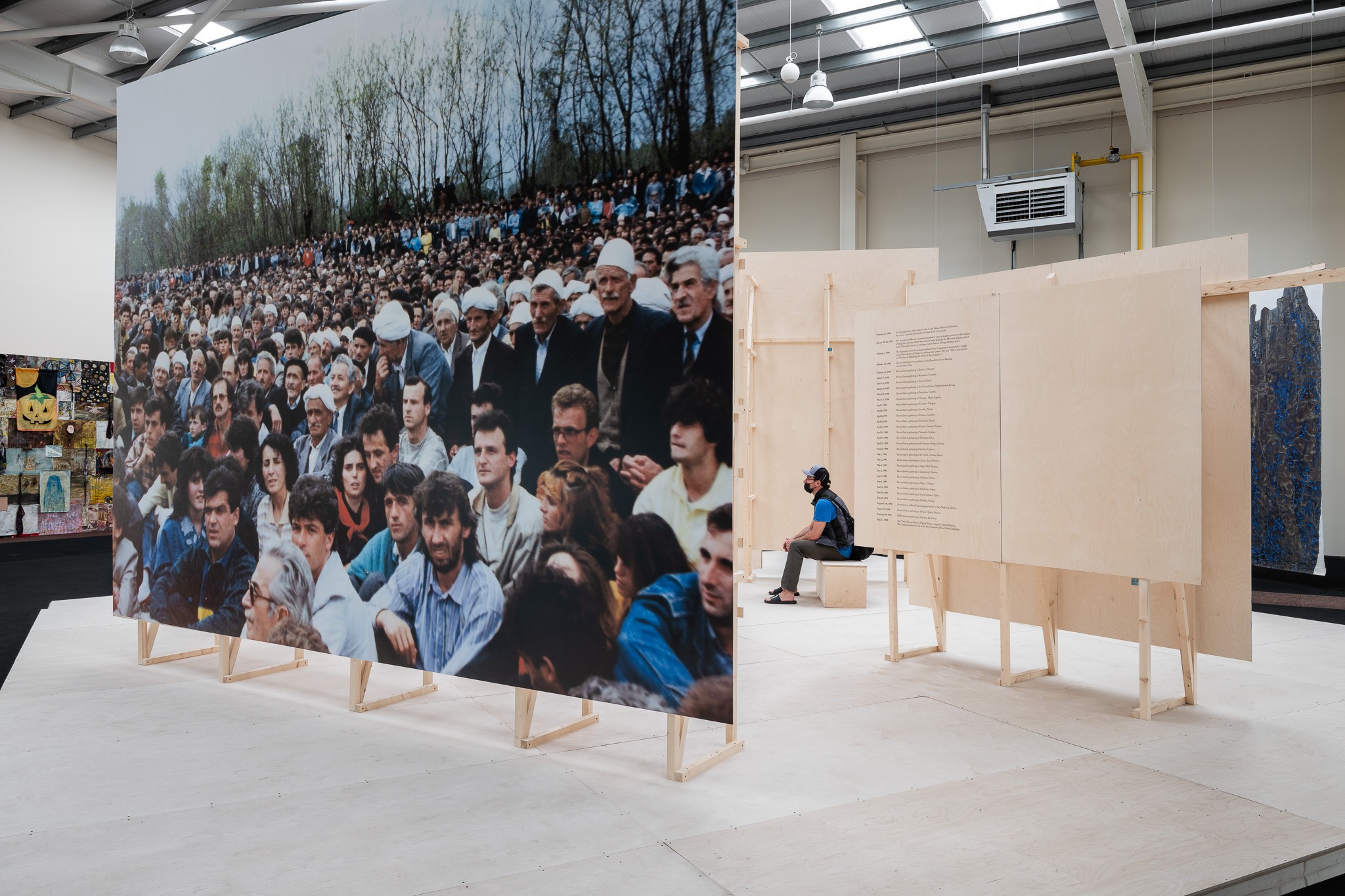 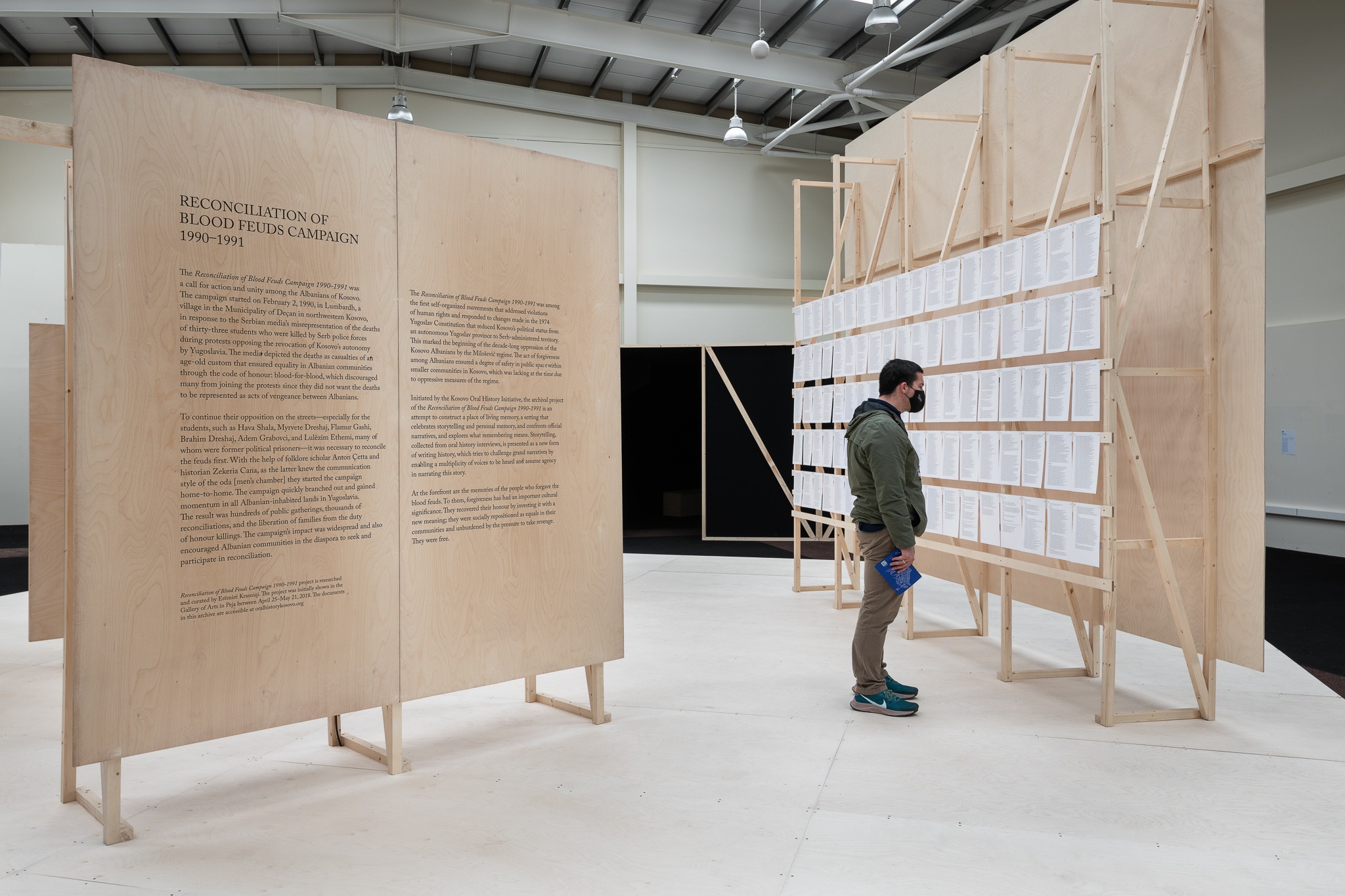 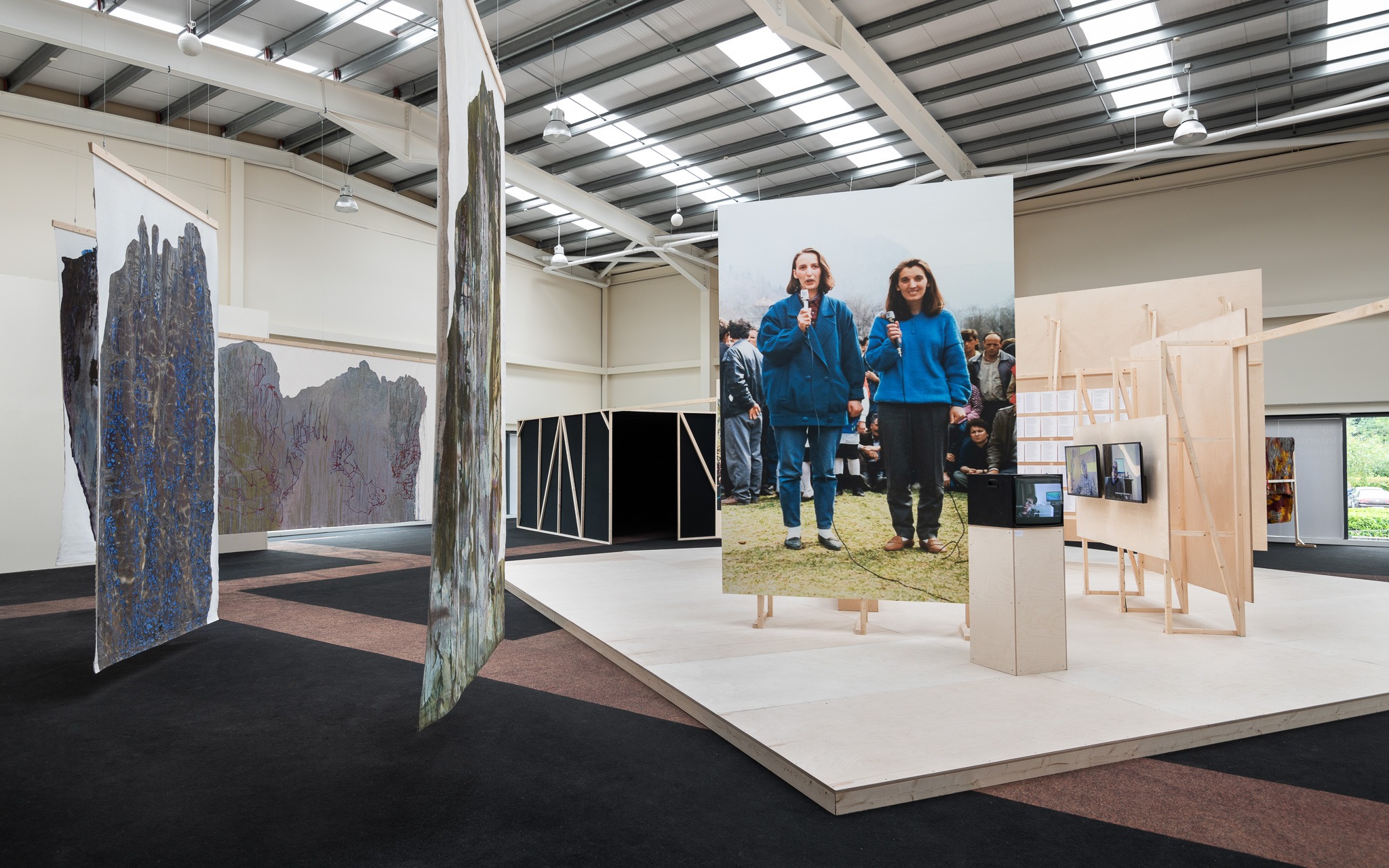 The research presentation Reconciliation of Blood Feuds Campaign 1990–1991 led by Erëmirë Krasniqi (Kosovo Oral History Initiative) captured the unique experience of Kosovo at the beginning of the repressive Milošević regime. Through the presentation of oral history records of the protagonists—former political prisoners, the clergy of different religious faiths, writers, and scholars—the archive gives voice to the various and sometimes inconsistent interpretations of the public gatherings and reconciliations, and the liberation of families from the duty of honour killings.

The Reconciliation of Blood Feuds Campaign 1990–1991 participation formed part of Little did they know, the Guest Programme of the 39th EVA International, curated by Merve Elveren.

Erëmirë Krasniqi is a researcher and curator based in Pristina. She graduated from Bard College Berlin in Aesthetics, Philosophy and Literature and earned a Masters degree in Comparative Literature from Dartmouth College. At Dartmouth, Krasniqi worked as Teaching Assistant for several courses; ‘Transnational Muslim Feminisms,’ ‘Krieger’s Virtual Girlfriend: Japanese Anime and the Idea of Post-human,’ ‘Introduction to Film Studies and Film Noir’. Krasniqi also worked as a Research Assistant for The Media Ecology Project, a digital resource which engaged new forms of scholarly production, supporting and advocating the essential work of media archives. In 2017, she completed the ‘Exhibiting Contemporary History: Representing 20th Century’ program, a year-long study in museology and curatorial practices at the Friedrich Schiller University. Krasniqi is the Executive Director of the Oral History Initiative, a non-governmental organisation engaged in the production of a multilingual online digital archive. The Reconciliation of Blood Feuds Campaign 1990-1991 was a call for reconciliation and unity among the Albanians of Kosovo. The campaign started on 2 February, 1990 in Lumbardhi, Kosovo, in response to the Serbian media’s misrepresentation of the deaths of 33 students.

The Oral History Initiative (OHI) is a Kosovo-based collective of researchers from different generations and nationalities whose mission is to record life stories that intersect with the broader history of Kosovo and global events. OHI’s primary project is its publicly available multilingual digital “living archive” of hundreds of hours of stories from people from all walks of life. Conducting and publishing these interviews on the digital archive is an ongoing activity (oralhistorykosovo.org). The Initiative has grown significantly since it began in the summer of 2012, when women researchers and activists from the Kosova Women’s Network, Prishtina, and The New School, New York partnered to record voices and experiences of Albanian women whose roles in times of war and peace had been overlooked and omitted in official local records. Three years later, OHI became an independent organisation and has since pursued a wider range of research projects. By continuing to conduct interactive and engaging historic and cultural educational projects, OHI remains a pioneer in the intersection of digital humanities, cultural heritage, and memory studies in Kosovo and the Balkans.