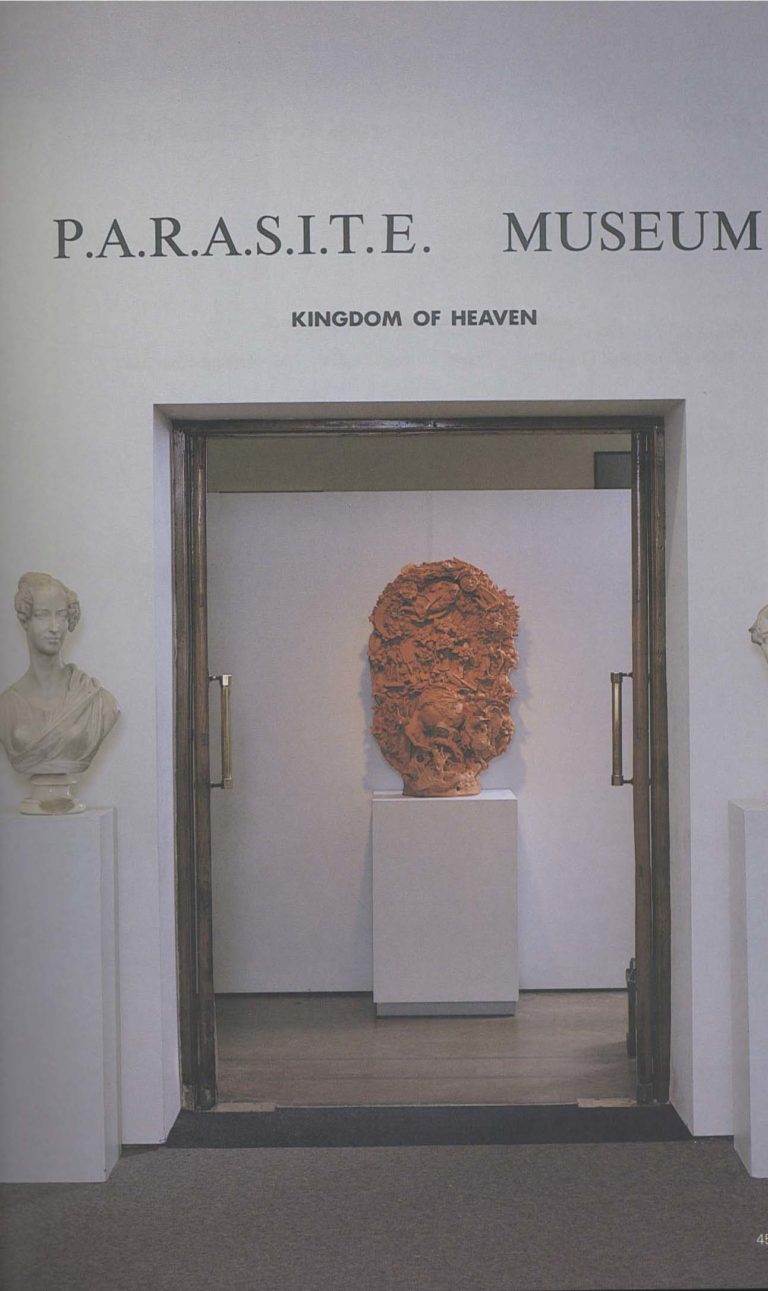 P.A.R.A.S.I.T.E. Museum of Contemporary Art chooses premises, adopts territories, and feeds itself on the juice of institutions. Its strategy is specific, and oriented to the parallel functioning and creation of ‘constructive’ conditions of work. It operates both inside and outside the system of social organisms and symbolic apparatuses and networks, but it is well aware of the paradoxes of parasitism in nature. The search for parallel models is the search for a new strategy which is neither subject to nor independent of the totality of the symbolic network. The P.A.R.A.S.I.T.E. Museum of Contemporary Art establishes interspecific relations to institutions, society, history, energies in order to enforce – through analysis and deconstruction – shifts and new viewpoints. P.A.R.A.S.I.T.E. Museum of Contemporary Art is the active moving force which functions as a ‘critical formation’ for the production of rearrangement and for the transformation of the host.

Parasitic economy is not based on exchange of equal value, but on gifts, offers and gratitude. Where the societies of exchange are based on the logic of debt and credit, and ruled predominantly by demands, the most circulated currency in parasitic relations is gratitude.