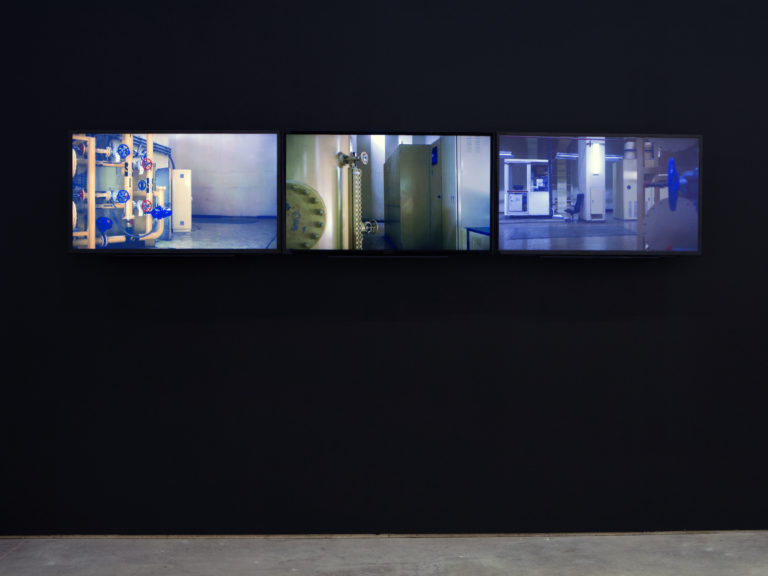 Sutthirat Supaparinya’s When Need Moves the Earth (2014) reflects on the impact changes in the natural environment owing to human activities, such as mining or the building of hydroelectric power. Supaparinya presents a visual exploration of a coal mine and a water dam, which are both used to generate electricity. Her video installation combines documentary footage and experimental techniques to create a narrative about the Srinakarin Dam and the Mae Moh Lignite Mine, which are both administered by the Electricity Generating Authority of Thailand. While also altering the landscape, coal mining and dam building can cause earthquakes, so its use has a direct impact on peoples lives. Through the work, Supaparinya encourages the viewer to consider his or her own consumption of electrical power and the effects of this.

Sutthirat Supaparinya lives and works in Chiang Mai. Her work encompasses a wide variety of mediums, such as installation, sculpture, and still and moving imagery. She was selected to participate in the International Creator Residency Program at the Tokyo Wonder Site Aoyama in 2012, Stiftung Künstlerdorf Schöppingen, Germany, in 2013, and Wellington Asia Residency Exchange, New Zealand, in 2015. Her work was featured in the Yebisu International Festival for Art & Alternative Visions 2018 at the Tokyo Photographic Art Museum.