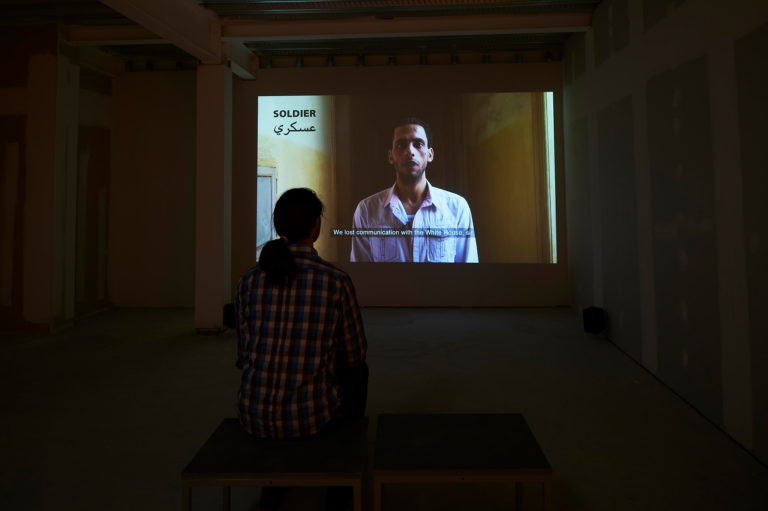 Soren Thilo Funder’s works are audio-visual productions dealing with diverse cultural fields, integrating aspects of critical theory, literature, cinema, popular culture and counter-cultural disciplines. They are formal investigations of the power relations of modern day society. Through the use of cinematic narratives and mise en scène the works aim to expose the invisibles of urban society, using fiction to pose new questions and generate a new potential space, a third place, for political contemplations and counter-memory.

Funder’s practice investigates the link between rituals of citizenship and the psychology of the individual citizen, as well as the mechanisms and paradoxes of engaging in the societal, the communal and the relational. Through various productions in different international contexts, he is slowly and carefully circling in on an ambiguous, weirdly animated image of the modern subject and the collectiveness that one must be part of.

The works are caught in between reenactment, performance and pure fictional cinema, driven by a methodic and experimental research in visual language. The works reflect both the surrounding society and the inner construction of the works themselves, in an attempt to challenge the truisms of both.

Appropriating dialogue from three major catastrophe movies, all written and directed by the German Director Roland Emmerich, Disastrous Dialogue sets out to challenge the mainstream viewpoint of disaster strategies. The script is translated into Arabic and performed by Egyptian actors, transforming the script through the voice of Hollywood cinema’s unrepresented.

The film was shot immediately before the Egyptian Revolution and is dedicated to the memory of actress Sally Zahran who was killed during the demonstrations.