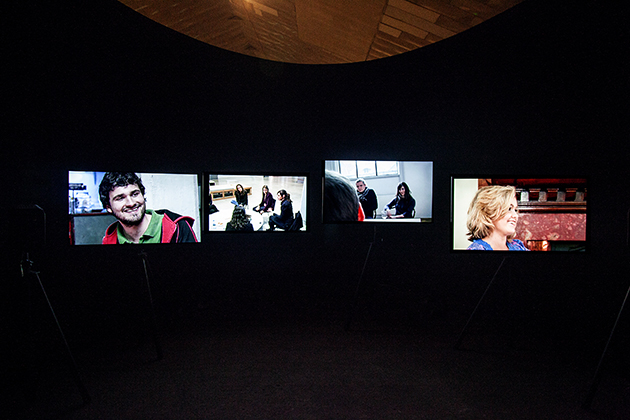 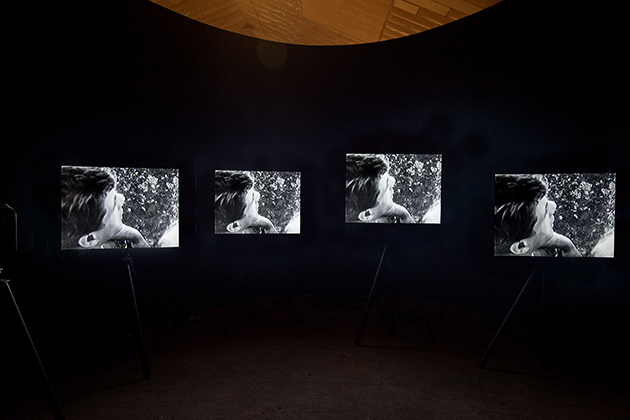 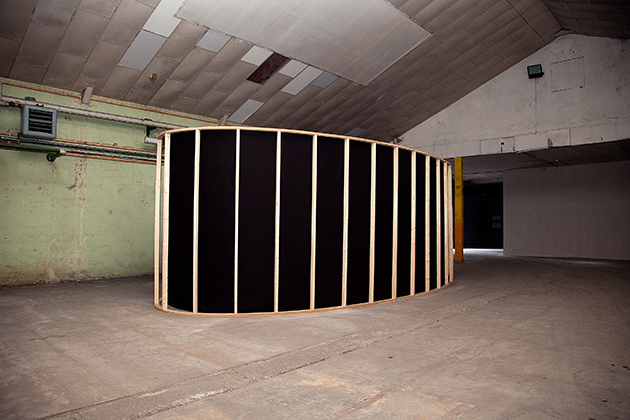 Since 2003, Sarah Pierce has used the term ‘The Metropolitan Complex’ to describe her project. Despite its institutional resonance, the title does not refer to an organization; instead, it demonstrates Pierce’s broad understanding of cultural work, articulated through working methods that often stem from more personal and incidental experiences. Characterized as a way to play with a shared neuroses of place (‘complex’ can then be read in the Freudian sense) – within a specific locality or in other circumstances that frame interaction – her activity considers forms of gathering through historical examples and those she initiates herself. With a focus on research and presentation, Pierce highlights a continual renegotiation that is necessary in art making – renegotiations between dissent and self-determination, between the individual work and institution, and the proximity of past artworks.

Pierce’s The Question Would Be the Answer to the Question, Are You Happy? is a project she has restaged in different cities since 2011. For each chapter, a group of local university students gather to watch and discuss the 1961 film Chronique d’un été (Chronical of a summer), by French anthropologist Jean Rouch and sociologist Edgar Morin. The filmmakers enlisted a cast of real characters – students, office workers, factory workers, artists, families, and couples – to portray scenes from everyday life in Paris. The film is seen as one of the first examples of cinema verité, a documentary style of filmmaking to convey candid realism.

Chronique d’un été is presented with rudimentary English subtitles, which leaves much of the film ‘lost in translation’ to a non-French speaking audience. This symptom of misunderstanding, equally a quality of interpretation, becomes part of the larger work. The discussion following the film always takes place in a language other than English. An interpreter translates the conversation into English as it takes place and this imposing voice dominates the soundtrack, making it impossible to hear the conversation. The role of the interpreter is at once flawed, schizophrenic, and at times obstructive, however the viewer only accesses the conversation through the interpreter’s intense commitment to remaining true to what is said.

Writer and curator Chris Fite-Wassilak says of the work: “Pierce is drawn to the potential of the transient and unfinished, hence the excavation of the political upheavals of the 1960s and ’70s, and the recurrence of the student – a figure whose role in society is that of the nascent adult, the perpetual being-in-formation. The examination of that potential is always deliberately but ambiguously framed, to foreground the inevitable mediation. Thus in each city where The Question Would Be the Answer to the Question, Are You Happy? was held, the recorded discussions respectively in French, Spanish and Danish between art, sociology and politics students was simultaneously translated live to English. Mediation, it seems, also involves distortion, loss and confusion.”