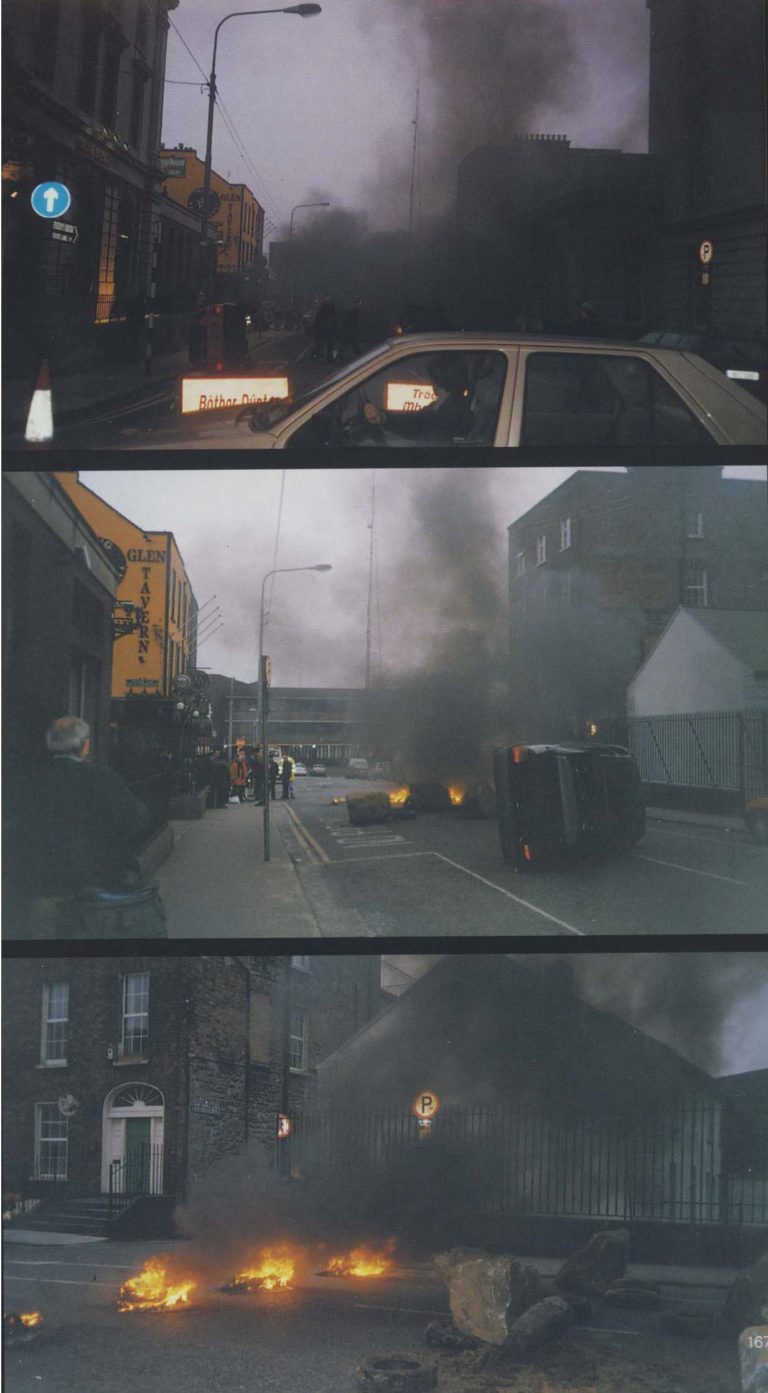 This piece ties in with another aspect of my work: a series of interventions in which I seek out a worker at the moment s/he is being sold as part of a workforce, relating that worker’s specific situation to similar situations of abduction and torture.

Person Paid to Stay in a Car Boot was staged during the inauguration of EV+A in front of the main venue. A vehicle was parked in the gallery doorway and someone hired for IR£30 (about $40) and placed in its boot. This work poses an extreme situation which quashes the mythologies of the benefits of work, here construed in minimal fashion as merely hiring a body. The work entails a worker assigning his or her body to the interests of the other contractual party.