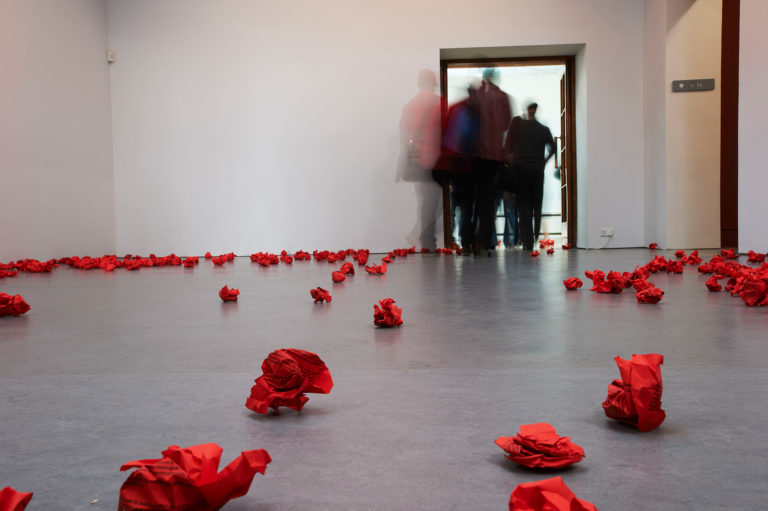 Sanja Iveković is a feminist, activist, and video pioneer. Coming of age in the post 1968 period when artists were breaking free from mainstream institutional settings and laying the ground for a form of praxis antipodal to official art. Iveković is part of the generation known as the Nova Umjetnička Praksa (New Art Practice), producing works of cross-cultural resonance that range from conceptual photomontages to video and performance. Her work can be characterised as a critical artistic practice, invested in the politics of image and body and an analysis of identity constructions in the media, employing strategies of political engagement, solidarity, and activism. Much of Iveković’s work is centred on her own life and the place of women in today’s society.

Iveković was one of the first artists to adopt a feminist perspective in her artistic work and activist practice. Since the political change of 1989, she mainly deals with the collapse of socialist regimes and the consequences of the triumph of capitalism and market economy on living conditions, particularly of women and continues to challenge the status quo and the politics of power. In 1998 Iveković created the first Shadow Report, using an annual report produced by European non-governmental organisations on the infringement of women’s rights in Croatia.

For After the Future, Iveković used a report produced by the National Women’s Council of Ireland (NWCI), detailing information on marginalised women, poverty and violence against women in Ireland. Here Iveković pressured us to respond and take responsibility for society’s progress, or lack thereof, in eradicating persistent forms of gender violence.