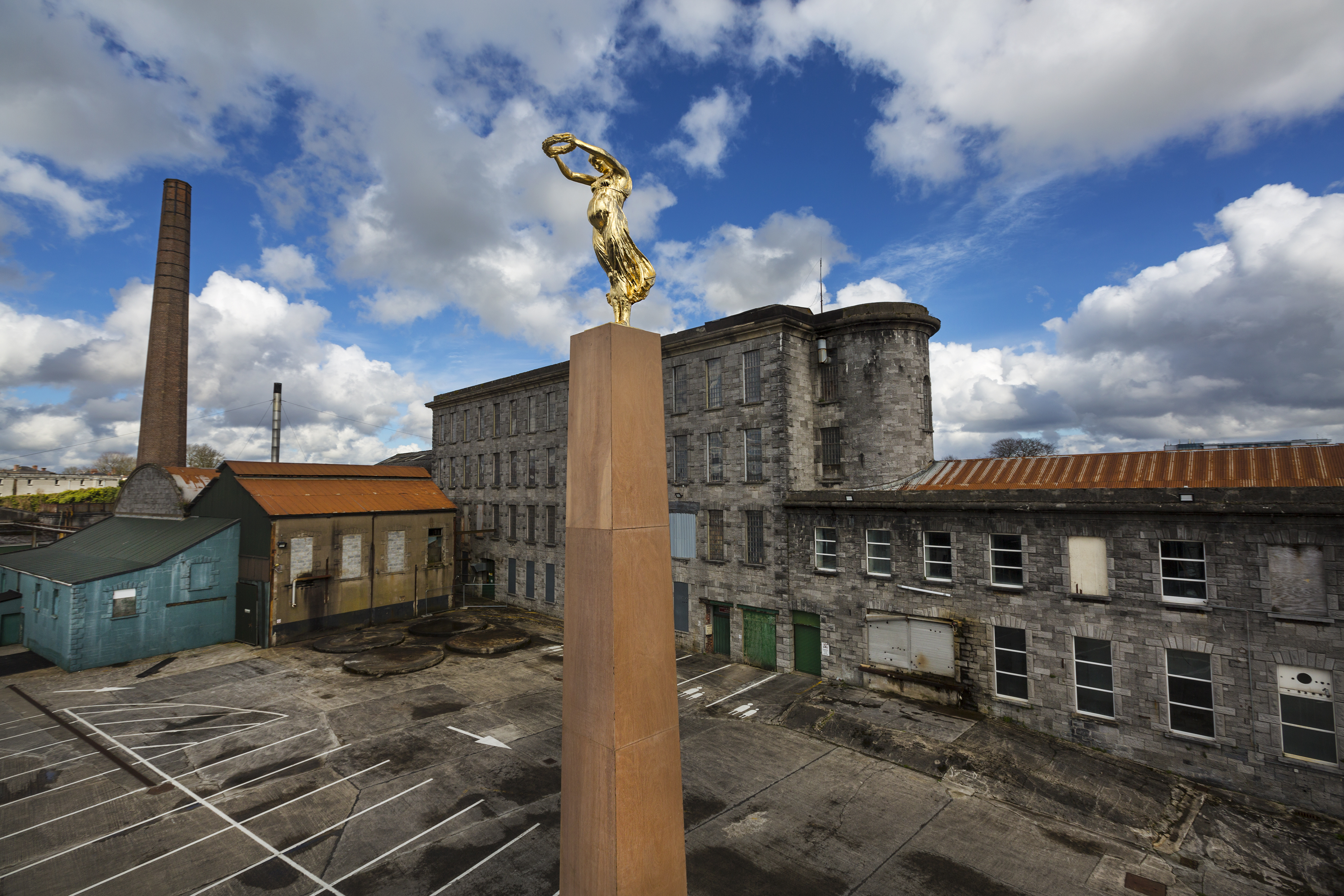 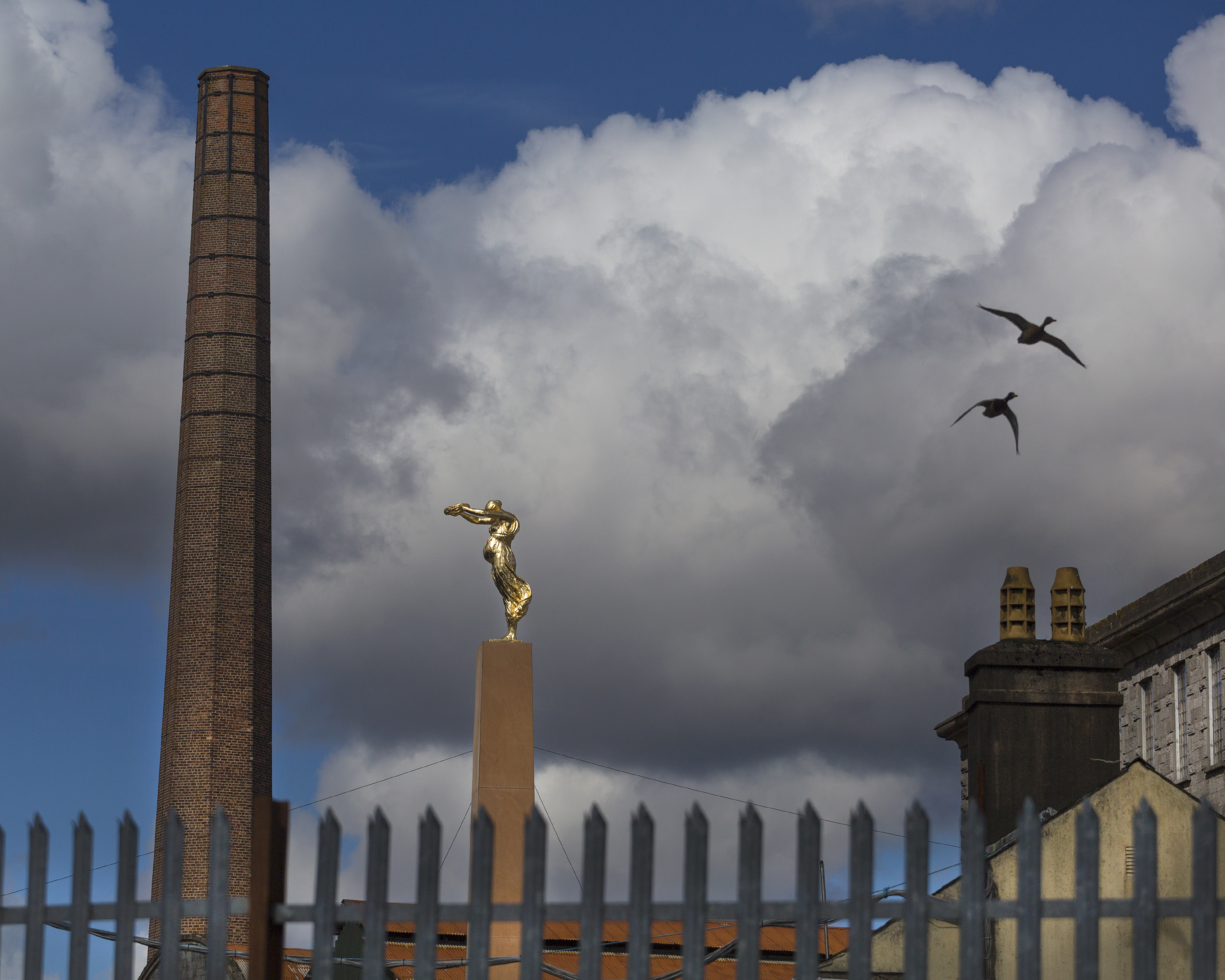 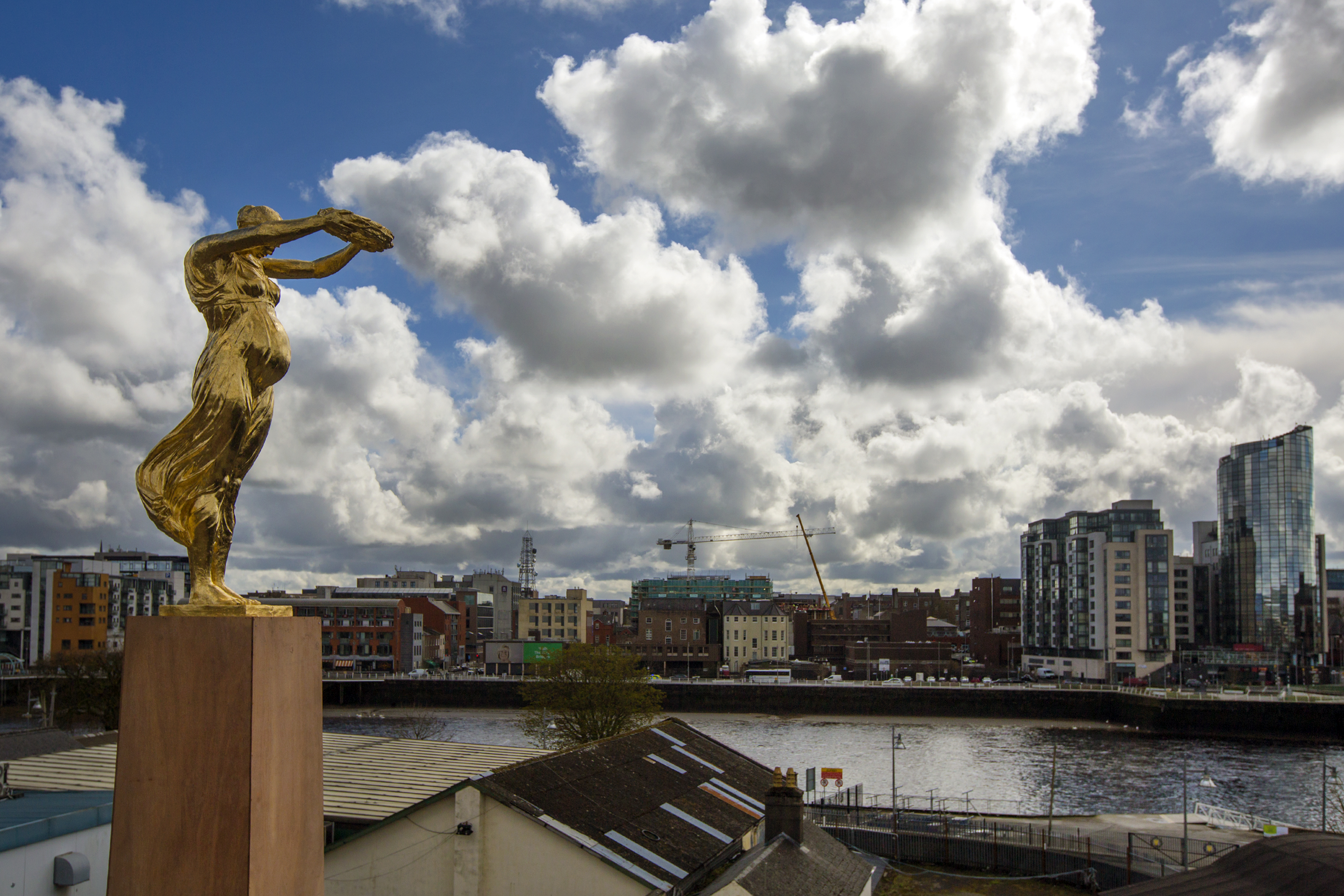 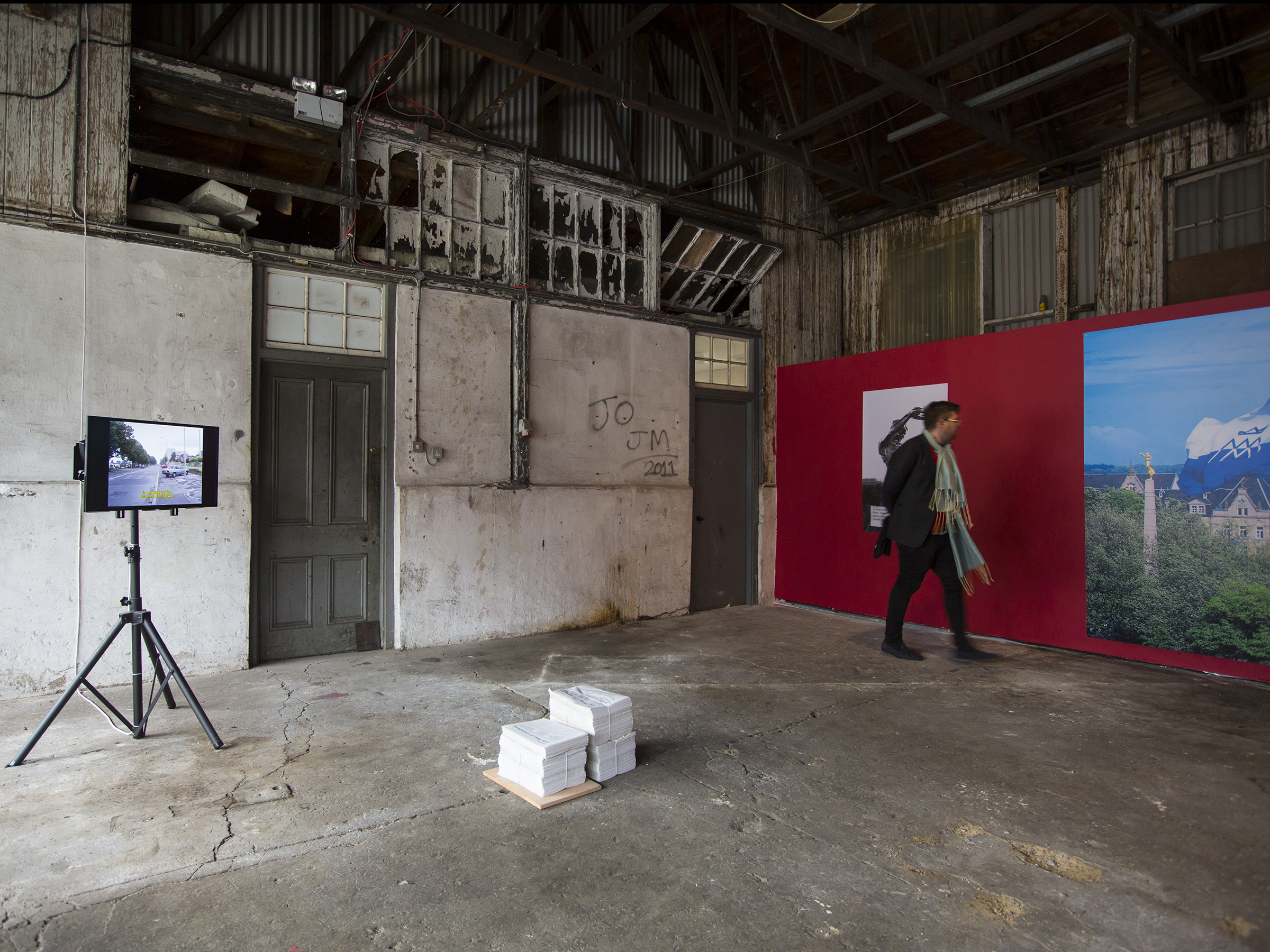 Gender and the formation of identity have been ongoing themes in Sanja Iveković’s practice over the years. Among the many projects that represent her feminist position, Lady Rosa of Luxembourg (2001) is her most public statement. The work, which was created for Casino Luxembourg and the Musée d’Histoire de la Ville de Luxembourg, was a sculptural replica of Gëlle Fra (Golden lady) – a sculpture of Nike in the city centre of Luxembourg designed in 1923 in memory of volunteers who fought with the Allies in World War I – with three differences: it was dedicated to the Marxist philosopher and activist Rosa Luxemburg, who was executed for her radical political ideas in 1919; Nike was pregnant and renamed (as Rosa Luxemburg); the plaque honouring male heroism was replaced with words such as ‘resistance’, ‘justice’, kitsch’, ‘capital’, ‘art’, ‘whore’, ‘virgin’, and so on.  Iveković’s new monument provoked a fierce debate – the most violent opposition focused not on the pregnant figure but on the plaque: the displacement of ideals of male bravery by abusive terms regularly used to describe women. The work renegotiates the purpose of the memorial by questioning the conventions of social remembrance and insisting on justice for women’s position in society.

Sanja Iveković (b. 1949, Croatia) currently lives and works in Zagreb, Croatia. She was raised in the Socialist Federal Republic of Yugoslavia and belongs to the artistic generation covered by the umbrella term ‘New Art Practice’, which emerged after 1968. Iveković continuously contests the role of art in society through a wide range of media, and focuses on the intersection between gender, nation, and class. She has participated in numerous international biennials and major exhibitions, including: Kiev Biennale (2015); documenta 8, 11, 12,13, and 14, Kassel (1987, 2002, 2007, 2012, 2017); Artes Mundi, Cardiff (2014); Istanbul Biennial (2009/7). She had solo exhibitions at DAAD Gallery, Berlin, (2015); South London Gallery/Calvert 22, MUDAM, Luxembourg; MAC/VAL, France (2012); MoMA, New York (2011); and BAK Utrecht Van Abbemuseum, Eindhoven (2009).