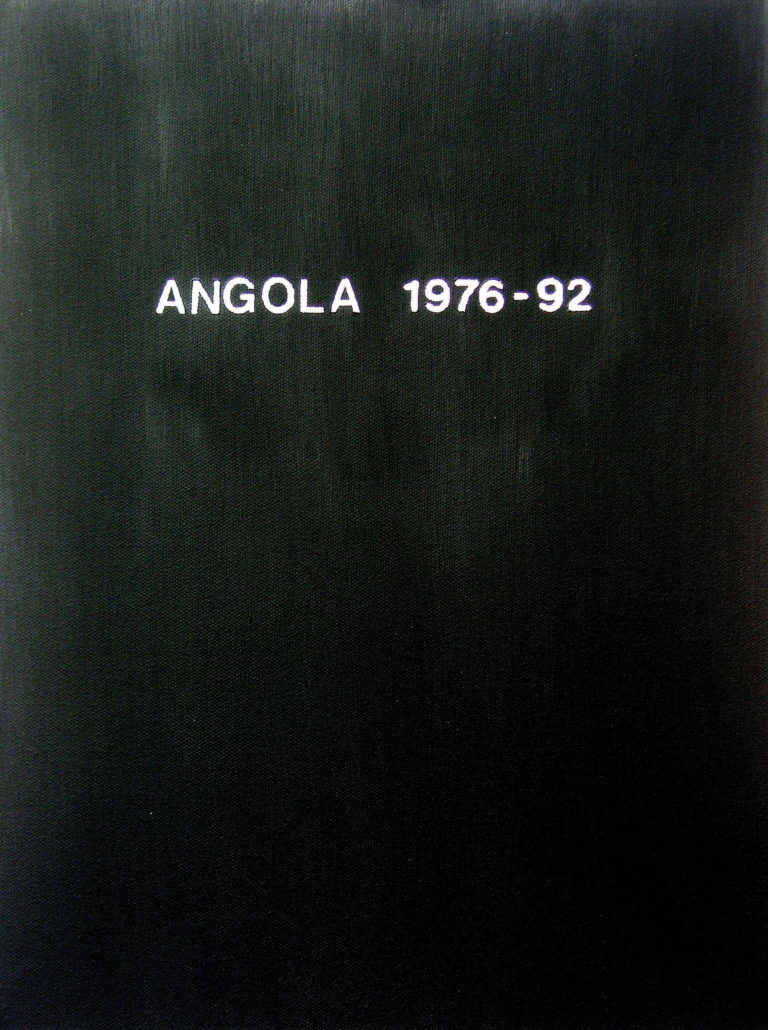 A common thread in many of Samuel Erenberg’s projects is an examination of the history of social conflict and war and its effects on our collective psyche. This approach began as early as 1965: his loft apartment was located in the ‘curfew zone’, designated by the California Army National Guard during the Watts riots in Los Angeles. Years later, in 1983, he produced the performance The Death of Fred Hendricks, the book The Killing of Nettie Love, and the installation Los Angeles Urban Renewal: 1983–1965.

In 1999 Erenberg made a series of fourteen large paintings titled The Ash Paintings. He saved newspaper articles about the Gulf War in 1991. Later, he ritually burned the newspapers, ground the ash and mixed it with glue before he applied it to the raw canvas. The resulting fourteen canvases allude to Ash Wednesday (the beginning of Lent) and the stations of the cross: Erenberg himself walked the stations during a 1993 visit to the Old City in Jerusalem.

Erenberg’s practice encompasses performance, photography, film, books, and, above all, abstract painting. According to art critic and historian Margarita Nieto, ‘Each of these explorations has marked a circular journey toward an essential commentary on abstraction and on the questions of absence/presence, voice/silence. Often monochromatic, his paintings examine space as surface, texture, shadow, and light. His constant search for a more essential abstract language blurs and slowly erases the artifice of representation, drawing him ever closer to the purity of the abstract.’

Erenberg began his mementos series after Barack Obama’s 2008 speech in Philadelphia on race. The first paintings the artist made referred to the significant events of the African-American Civil Rights Movement – some obscure, others well known. After Obama gave a speech in Cairo in 2009, Erenberg researched historical events in the Middle East influenced by American foreign policy. The initial mementos series (2008–09) consists of one hundred and thirty works on paper. The title of this series comes from the phrase ‘memento mori’ found in the Canon of the Mass in the Catholic Church – one prayer for living persons and the other for the dead. Each painting refers to worldwide historical events, such as US foreign policy and US military interventions through the names of places (i.e., countries, US states, cities) and the years associated with specific events. Others depict the history of labour unions and the influence of American corporate interests.

The simplicity of the text in the paintings on canvas, exhibited as part of EVA International 2016, recalls Erenberg’s handmade books. Here, one can see his preference for the appearance of book covers (i.e., he favours the vertical format). In the paintings, he uses Helvetica sans-serif typeface, a universal standard for road signs, television, print, and social media. The artist resists hanging these paintings in chronological order. Instead, he encourages the viewer to encounter the work in a more random way to allow for multiple possible readings of the work to unfold. By doing so, Erenberg removes and highlights those social and political forces that can affect they way we live and move within the world.

Samuel Erenberg’s films, installations, books, and paintings have been exhibited throughout the United States, Europe, Asia, and Latin America, and are included in numerous collections worldwide.