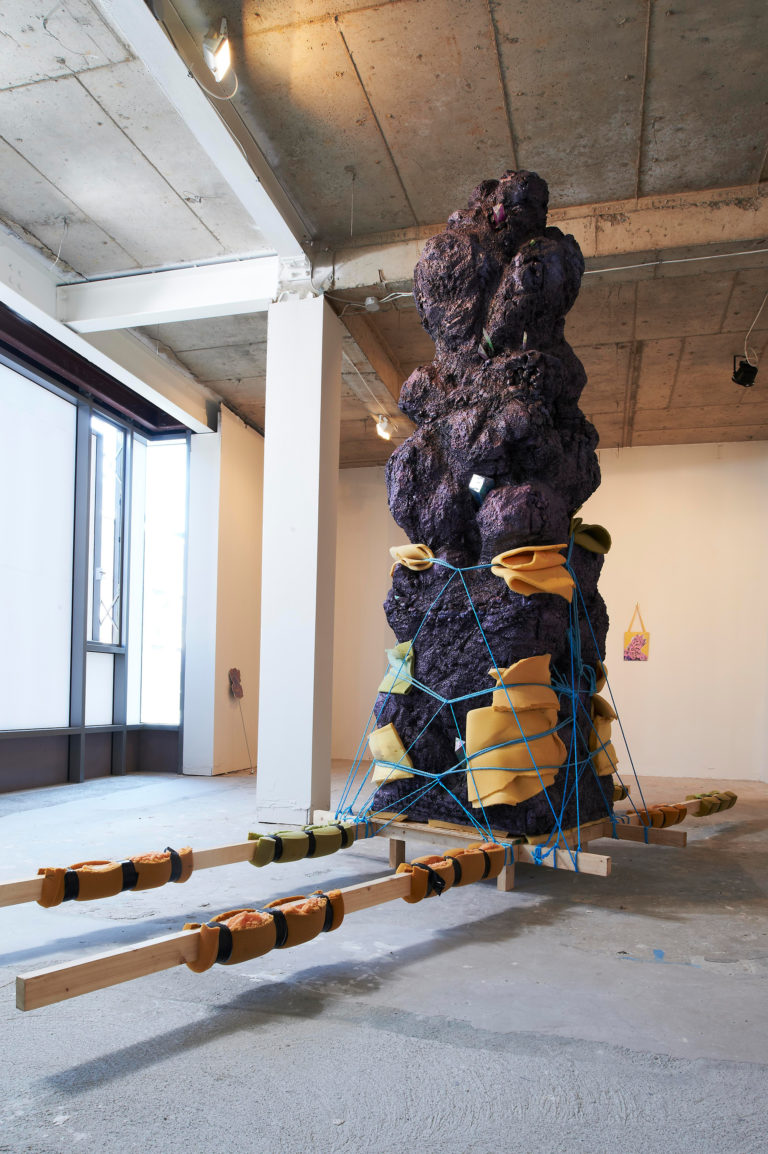 Sam Keogh’s sculpture Monument for Subjects to Come resembles a huge block of stone which is in a state between being hewn from a quarry and turned into a recognisable figurative monument. Made from Styrofoam and expanding polyurethane foam, its surface glistens with a mixture of glitter, purple eyeshadow and crystalline forms inhabiting its recesses. It sits on a ‘palanquin’, a wooden structure used to parade venerated statues and icons in religious processions. But this palanquin is as roughly hewn as the monument that sits upon it, suggesting a more practical or even urgent purpose.

As a monument to its own potential or a placeholder in messianic time, this object looks forward to a ‘time to come’ when it is lifted and thus activated by whoever decides to carry it in procession (and thus, venerate it and become its subject).

The delicate use of recognisably cheap materials in Baton, Crosier and St. Notorious is an act of profanation, or a means to return what is sacred back to the realm of use. This idea points toward the implications of the works’ primary gesture: seemingly sacred objects, which declare falseness and preciousness simultaneously.

Through these two contradictory registers, auratic or valuable objects are created which declare themselves as caricatures of the power contained in the objects they mimic. Like Monument for Subjects to Come, these objects invoke the body of the viewer. They are to be worn or carried ceremoniously. But their presence in the gallery prohibits touch, which inscribes these objects with another kind of sacredness.