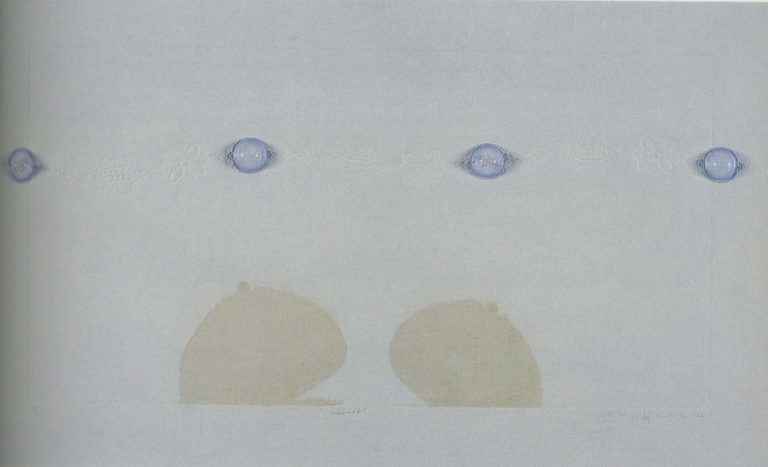 Setting / Mesa and Adrift / À Deriva form part of a series of mixed-media prints entitled Waiting Tables, based on a two-month research trip to the Minho area of northern Portugal. My objective was to study the experiences of Portuguese women in an area that shares common economic, religious and political influences with the northwest of Ireland.

In Portugal I became fascinated by the theme of a pioneering male race offset by the waiting role played by women remaining at home. Tending the land and raising children alone, their harsh daily existence contrasts sharply with traditional expectations of love and personal relationships. The sentiments expressed in this text – a simple love poem embroidered in cross-stitch on a Portuguese lenço dos namorados, a ‘lover’s handkerchief’, a traditional gift of betrothal from a woman to her lover – encapsulate for me the heartache endured by the women patiently awaiting the return of a loved one. By interweaving images of female identity, fishing and religious worship, I have sought to explore the conflicting emotions I imagine these women experience.