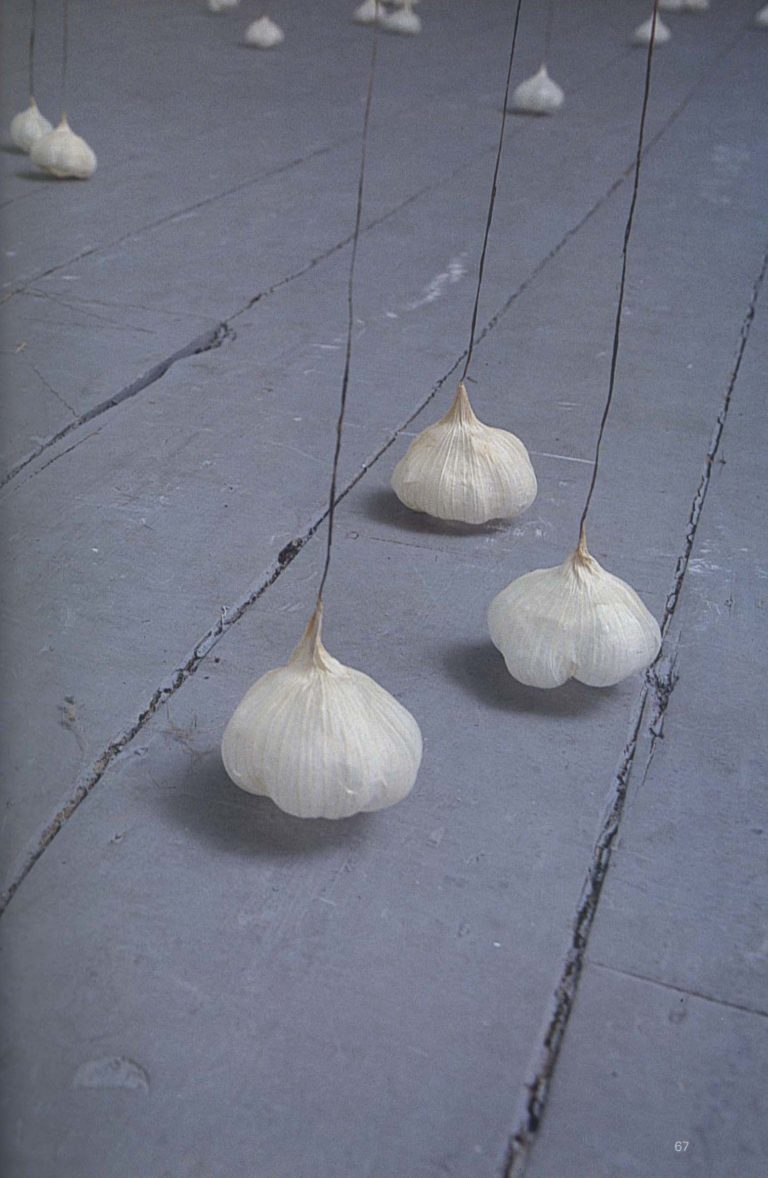 Suspended Landscape, created in 1997 for the Stephen Friedman Gallery in London, consisted of a number of hollowed-out garlic cloves, suspended from the ceiling on plant thread, wafting gently over the floor. The artist’s original intention was to create a mobile drawing, and what initially appeared to be an exclusively sensorial composition on account of the beautiful spatial arrangement of the garlic cloves, ended up taking on an interactive dimension, in that spectators could alter the landscape by traversing it. Yet the artist herself regarded it as a projection of her personal state of psychological tension: estrangement caused by an inability to communicate, and displacement in her drifting between two worlds – Brazil and England – without being able to settle firmly in either of them. By reducing the garlic cloves to husks, Rivane creates microcosms which trap the air. Her works thus become painful landscapes, like one consisting of an air-filled plastic bag with a belt of ants acting as an equator, and another in which a line of ants marks the horizon. Virtually all her works can be regarded as topographical, like paintings of places where time stands still, and the fleeting nature of things has been frozen at some point as they tend towards death.