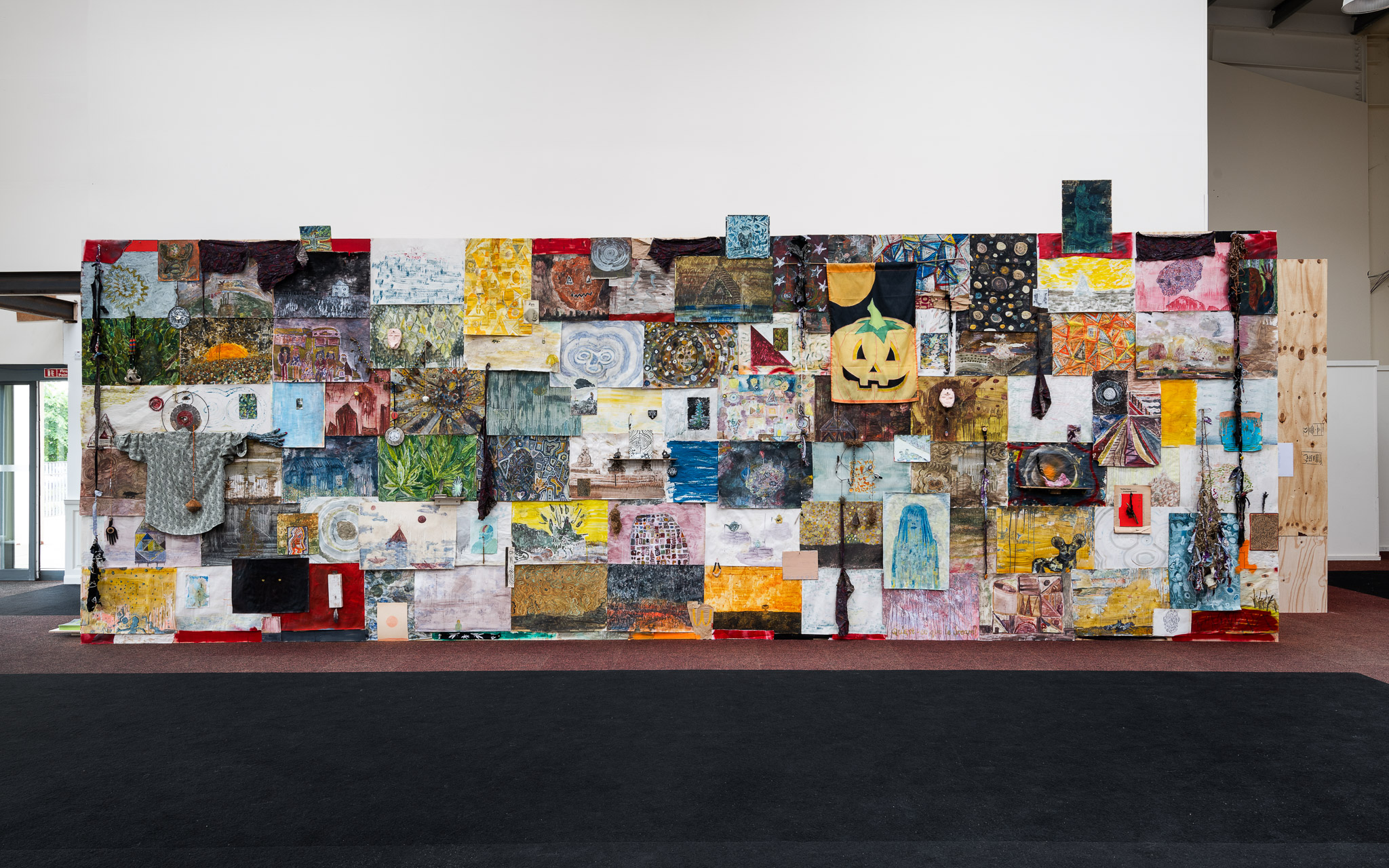 Richard Proffitt presented Time Fades Away (2021) an installation of recent paintings alongside various objects from his personal archive.  The paintings addressed the past, the present, memory, and consciousness as integrated conditions. The series of paintings and objects in the installation created a multilayered narrative, enshrining the passage of time in daily life, from morning to light, to routines and dreams.

Richard Proffitt’s participation formed part of Little did they know, the Guest Programme of the 39th EVA International, curated by Merve Elveren.

Richard Proffitt lives and works in Dublin. Profitt holds an MA in Fine Art, Manchester School of Art, UK (2008) and a BA Hons from Visual Arts, University of Salford, UK (2007). He attended a residency at the Mobile Research Station, Skulpturen Park, Berlin, Germany (2009) and is founder of Stadt Moers Records (2011). His work in painting, sculpture, and sound is inspired by a stream of consciousness recollection of histories, memories, dreams, fact, and fiction. It is driven by an interest in found material that consists of thematically sourced objects, paper ephemera, junk, and sound recordings. His past exhibitions include The Golden Record, Galway International Arts Festival, Galway Arts Centre, Galway, Ireland (2017); A Modern Panarion, The Hugh Lane, Dublin, Ireland (2014); Lost is Found, Cornerhouse, Manchester, UK (2012), Rendez-vous 11, Institut d’art contemporain, Lyon, France (2011). He has also published a number of publications including NOW, created in collaboration with Michael Hill (2019) and To Seek Where Shadows Are which coincided with A Modern Panarion, The Hugh Lane, Dublin (2014).