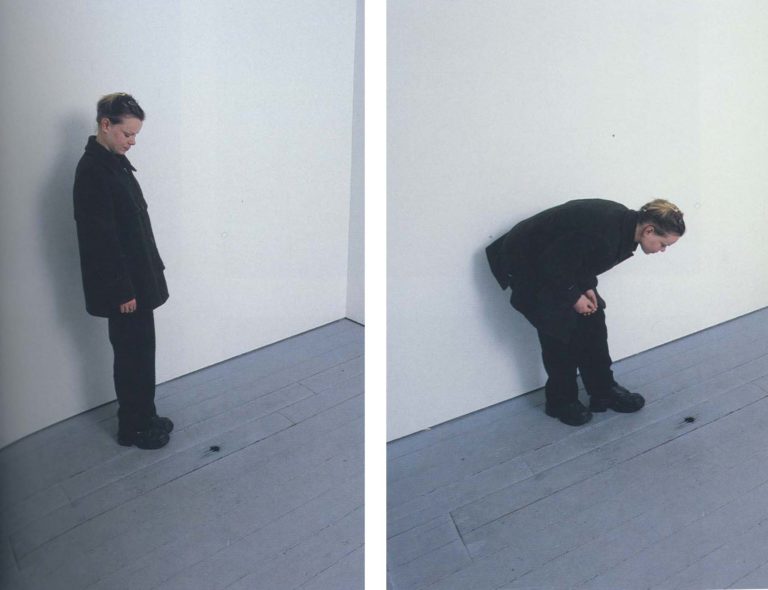 Pipilotti Rist, Selfless in the Bath of Lava, video installation

Pipilotti Rist’s work is unmistakably that of a person raised in an era dominated by electronic mass media – specifically television and pop music. A native of Switzerland, Rist (whose first name is a conflation of her own given name, Charlotte, and that of her hero, Pippi Longstocking) has wedded the energetic jump-cut pop-video aesthetic of MTV with a sophisticated painterly sensibility. She has described her work as ‘behind-glass paintings that move’. Rist’s work, which has been characterised as a feminised late 20th-century version of Dadaism (a movement founded in Zurich, where Rist lives and works), is frequently informed by an element of the erotic, both in the sensuality of the artists’ evocation of the female body and in her unabashed love for oversaturated video colour. While Rist has, in recent years, liberated her images from the monitor by projecting them onto walls, on some level all video art is inextricably linked to the television experience. Rist manipulates the subtle tension between mass media and fine art to invest her work with subversive energy and hedonistic feminism.