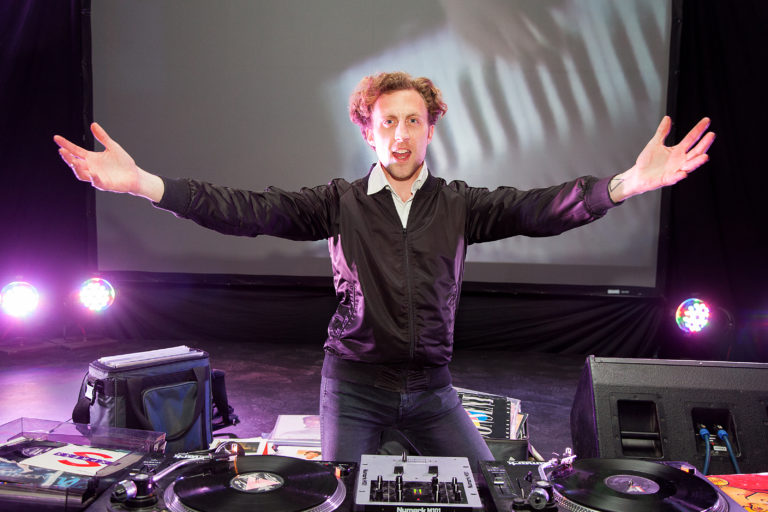 Pádraic E. Moore is a writer, curator, and art historian. Moore’s practice is shaped by the belief that visual art enables alternative modes of interaction in a world increasingly led by technological rationality. His curatorial methodology is meticulous but subjective, and it is informed by an acute awareness of the artist’s individual position. Moore’s research interests focus on the influence of esoteric philosophies on both the literary and visual arts. Recent research, undertaken by Moore, considers how occult organizations, such as the Theosophical Society, offered a vital catalyst for change in late nineteenth- and early twentieth-century art. Moore’s projects often explore how contemporary culture has embraced aesthetics and ideals informed by such esoteric traditions. Chronicling the work of artists who refer to or follow in this tradition is an integral aspect of his practice.

Music for Chameleons (2016) was a one-off nocturnal event conceived around the conviction that the dance floor can be a zone of experimentation, self-invention, transformation, and communion. An inclusive, interactive happening concerned fundamentally with the politics of pleasure, Music for Chameleons emphasized music’s capacity to restore an individual’s arcane, perhaps even ‘tribal’ instincts. The event – a celebration of the redemptive transgressive potential of disco as a sensibility and social-aesthetic practice – was informed by a 1979 article by Richard Dyer, published in Gay Left titled ‘In Defence of Disco’. According to Dyer, it wasn’t just the sexual or ethnic diversity of disco’s artists and audiences that was important, Dyer believed disco reflected the mechanized and material realities of marginalized and minoritized life under capitalism. Moreover, its sound – produced from electronic components such as synthesizers, drum machines, and sequencers – was a liberating agent.

Inasmuch as nightclub dance spaces can serve as rehearsal spaces for modes of being-together that are better, more just, more caring, more fulfilling, or simply less harmful, they are also spaces of utopianism. This is not to claim all nightclubs are fully realized utopias – far from it – but rather that their dance floors are utopian in spirit: they provide concrete sites for the collective envisioning of a different kind of ‘good life’.

Pádraic E. Moore is a writer, curator, and art historian who currently lives and works in Amsterdam. He received a BA in History of Art and English Literature from University College Dublin in 2004, and was received an MA in Visual Art Practices from Dún Laoghaire Institute of Art, Design and Technology (IADT) in 2007. In 2010, he completed CuratorLab, the postgraduate programme at Konstfack University, Stockholm. Moore has participated in several residences, including the Curatorial Studio Award at Temple Bar Gallery and Studios, Dublin (2009/10); Curators Residency Programme at Fondazione Sandretto Re Rebaudengo, Turin (2011); Israeli Center for Digital Art Research Residency, Holon (2012); and Pilotprojekt Gropiusstadt Residency Programme, Berlin (2007).