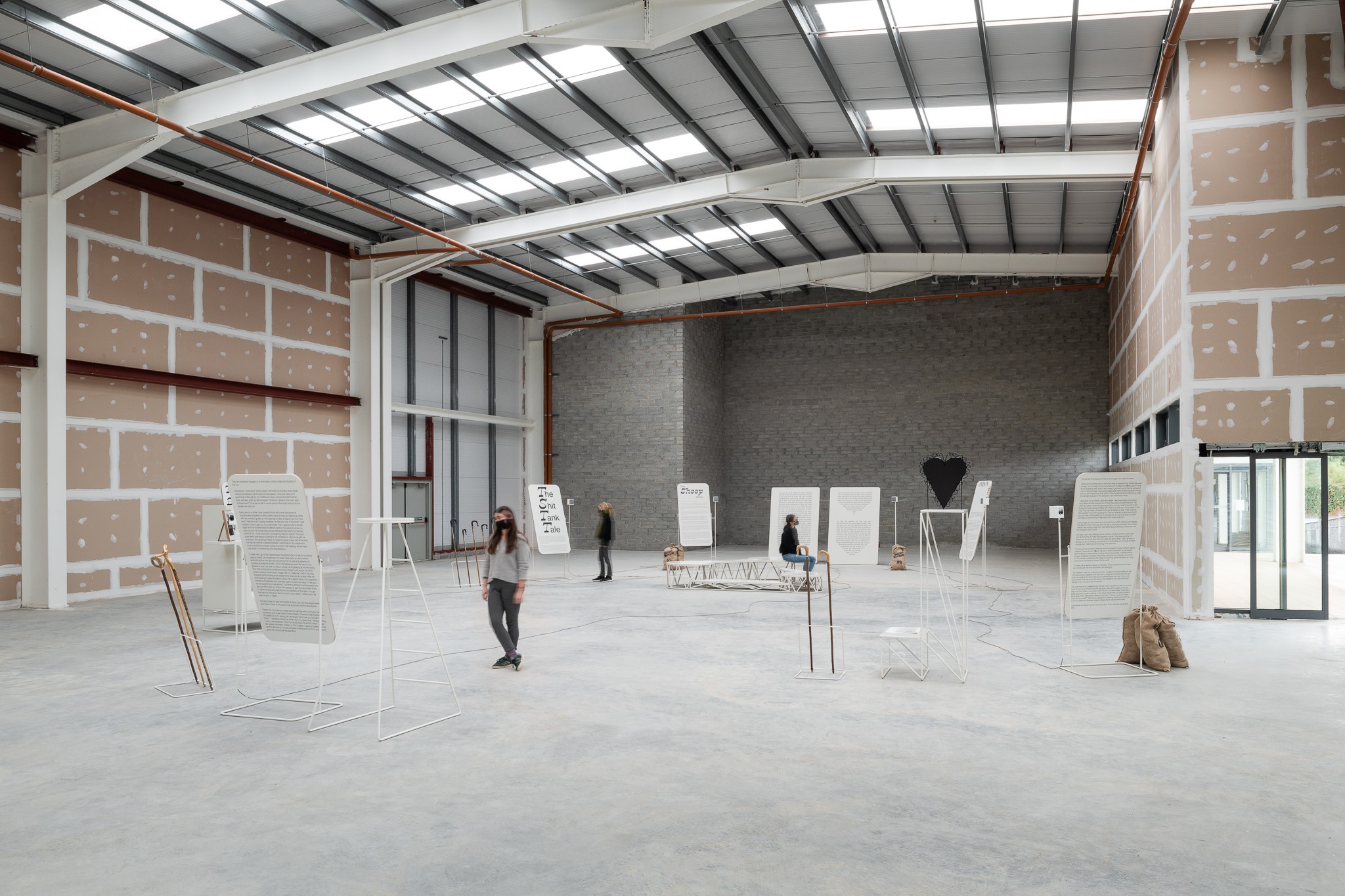 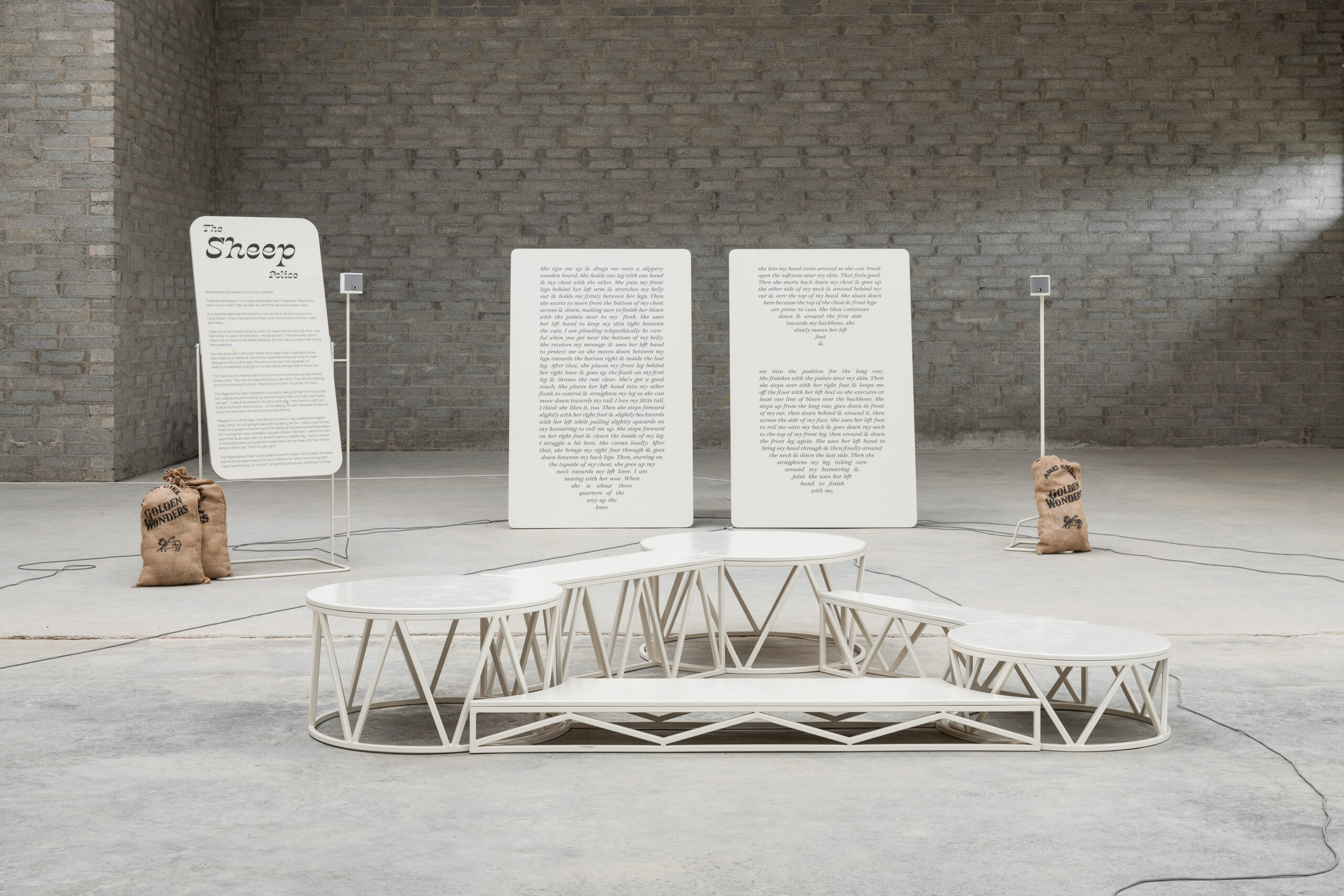 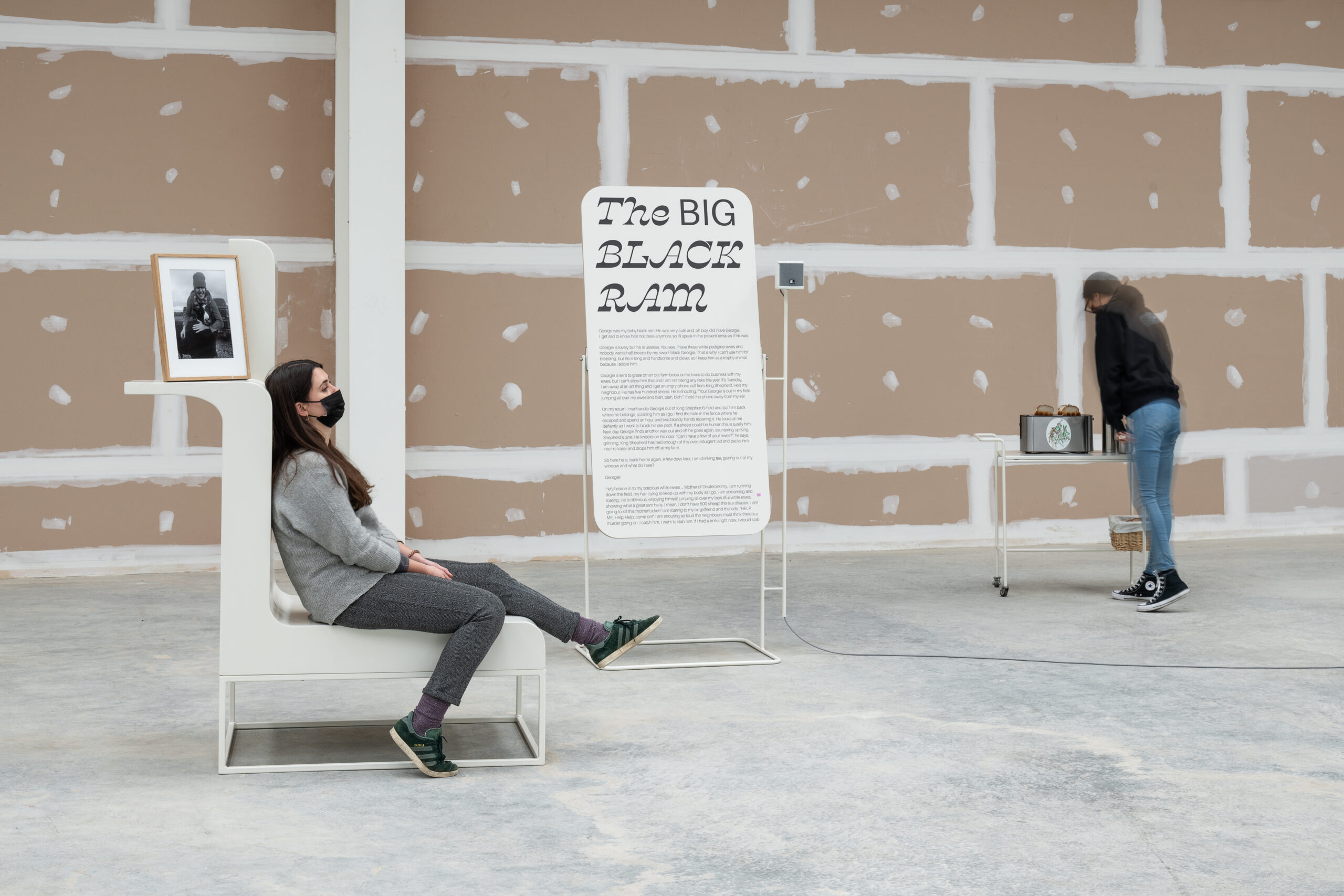 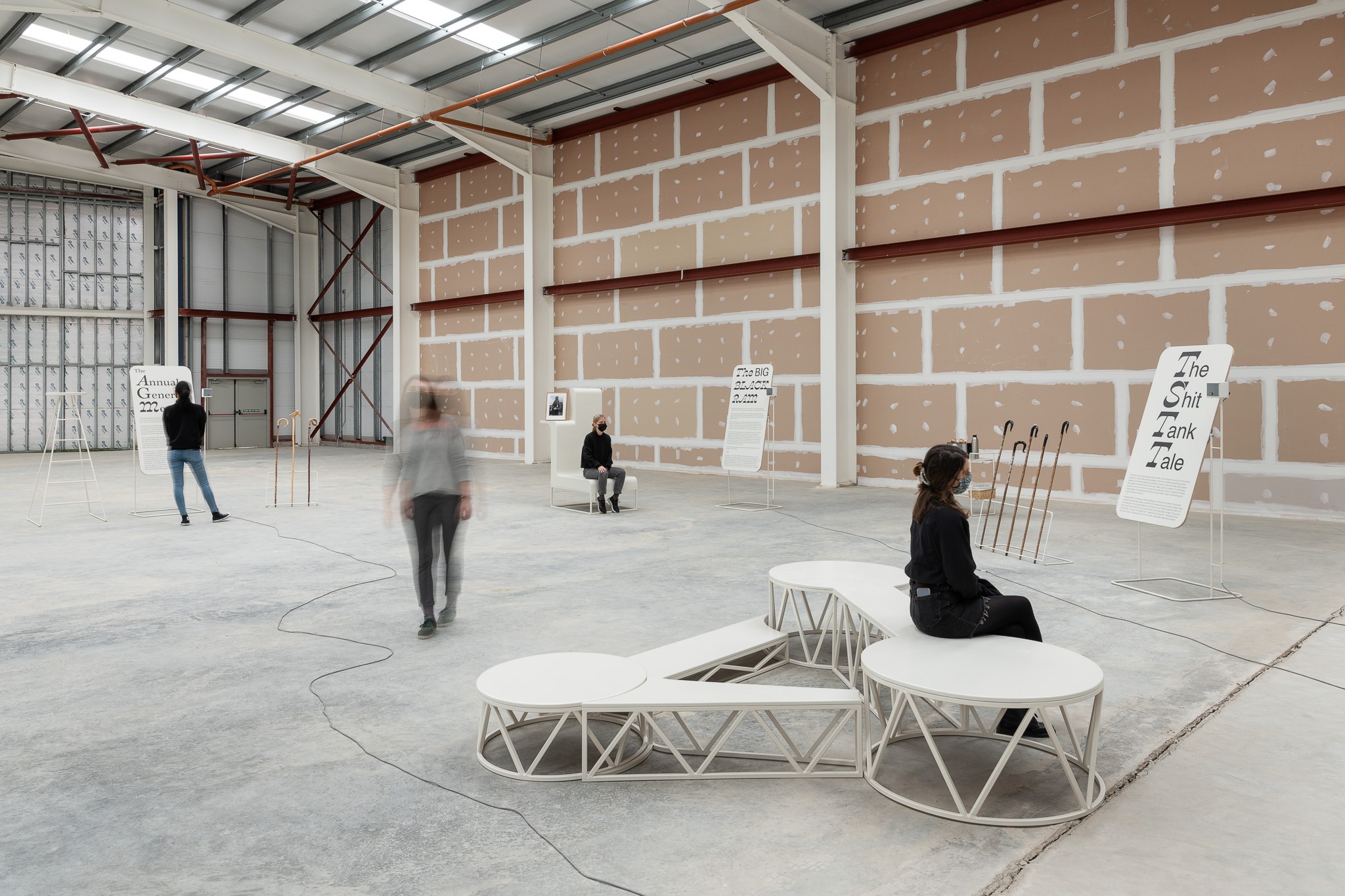 Orla Barry presented SPIN SPIN SCHEHERAZADE (2019), an installation which reflected upon the culture of disconnection from the natural environment, drawing on the artist’s own rural background and current occupation running a successful pedigree Lleyn flock alongside her art practice. First presented as part of Els Dietvorst & Orla Barry’s Wintrum Frod exhibition at Mu.ZEE Oostende in July 2019, the work existed in two forms: both as an installation and a performance. In both iterations Orla Barry directs and writes for her longstanding collaborator Einat Tuchman, using storytelling as a means to recount the artists’ personal experiences of returning to her pastoral roots to be reborn as a hybrid farmer-artist.