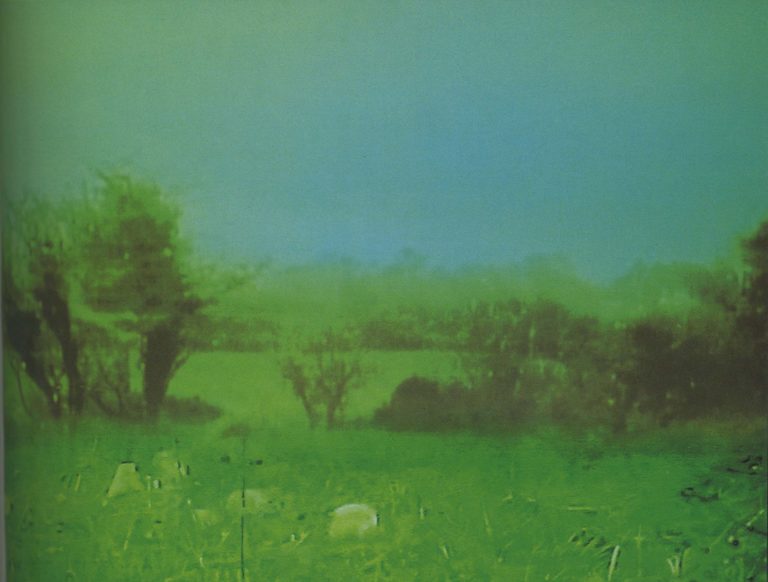 My work consists of an ongoing visual investigation into the representation of nature through the culturally constructed idea of landscape. My understanding of landscape is that of a mode of perception or representation which describes the natural environment that the eye can perceive in a single view. While nature envelops a broad concept of that which is not man-made, landscape intimates a nature perceived, framed and ultimately represented. In my work there is often a double framing – in other words, a marked and intended reproduction of the real production, an acknowledged representation of a representation. This lies in contrast to an idea of the natural image as aura or pure experience.

I wish to propose discussions on the physical positioning of the viewer as they employ a particular mode of appreciation. The works hope to activate a kind of inherent action and positioning in the viewer. They also investigate the difficulties of viewing, asking how one goes about the act of viewing and whether any attempt at a deliberate, knowing appreciation negates the authentic experience. I would like to situate the viewer at a point where they are aware of both a transformative (potential) and re-presented (historical) vision.

The piece considers the transformation of landscape through representation. What happens to the experienced image when it is re-presented, and what is the difference between the photographic, painted or moving image? There is also an intentional interruption of the normal viewing process, a rift in the notion of the landscape trope. The movement of the image reflects a viewing process that addresses the durational temporality of the viewing subject. The moments when the painted and filmed parts cohere and merge halts the gaze, returning to our pictorial, historical understanding of the view.