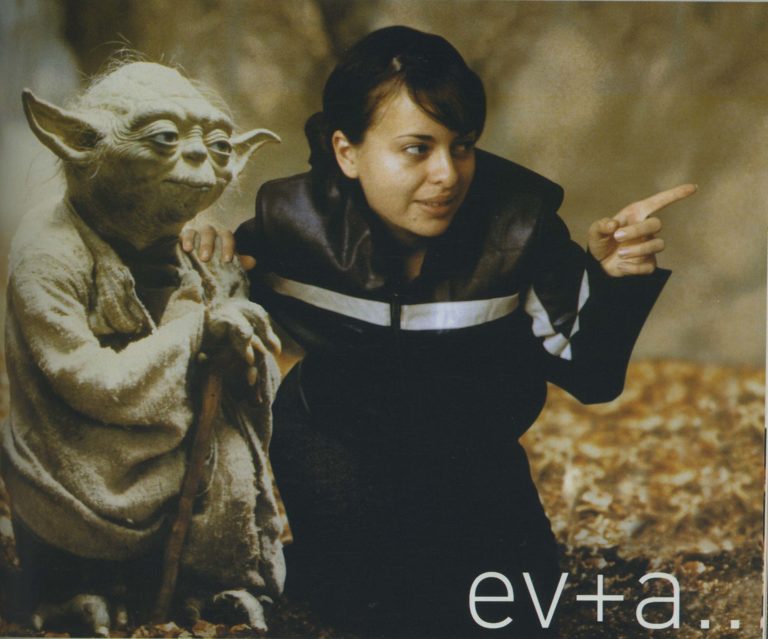 The poster project shown in ev+a 2003 is a mixture of urban artistic interventions with advertisement strategies, using colourful or flashy images of easy access and understanding by the general public to draw attention to an art exhibition. The use of wellknown headlines and television or film characters which have little to do with contemporary art itself (Yoda from Star Wars, Happy Limerick with the Muppets, and Limerick Art Fever with John Travolta, in which the artist herself has replaced one of the characters) is a subversion of the usual metonymical media strategies used to attract customers to certain items: a beach party to promote cigarettes, a sexy-looking blonde at the wheel of the latest sports car, for instance. The format chosen for this proposal, a low cost paper poster which will eventually disintegrate, also picks up the tradition of pre-TV mass entertainment announcements, as could be the case of travelling circus troupes. By distributing these posters not only in Limerick but also in Dublin, Cork and Galway, ev+a 2003 extends its limits by a double-faced proposal. It is at once an advertisement and an art piece.