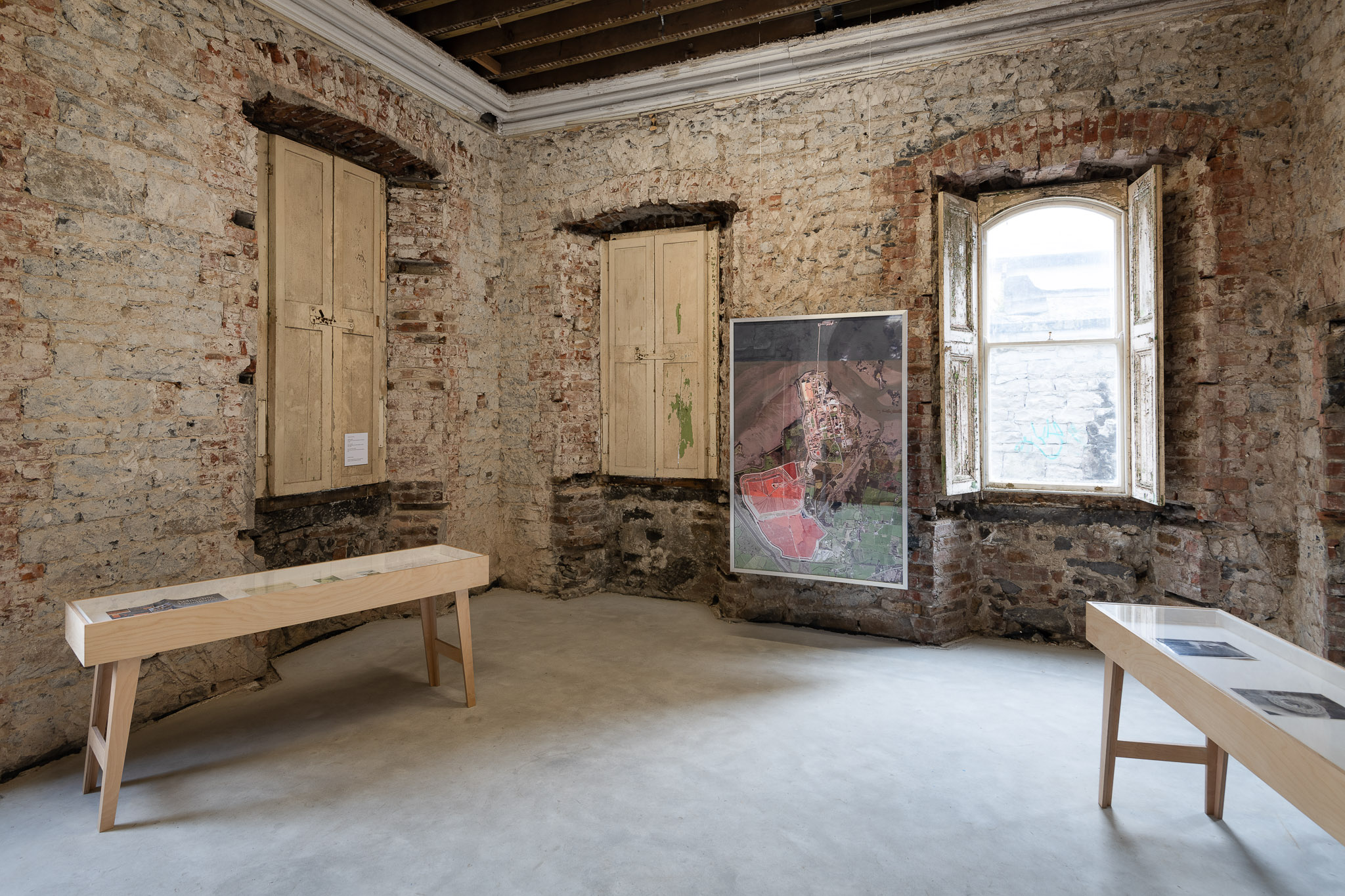 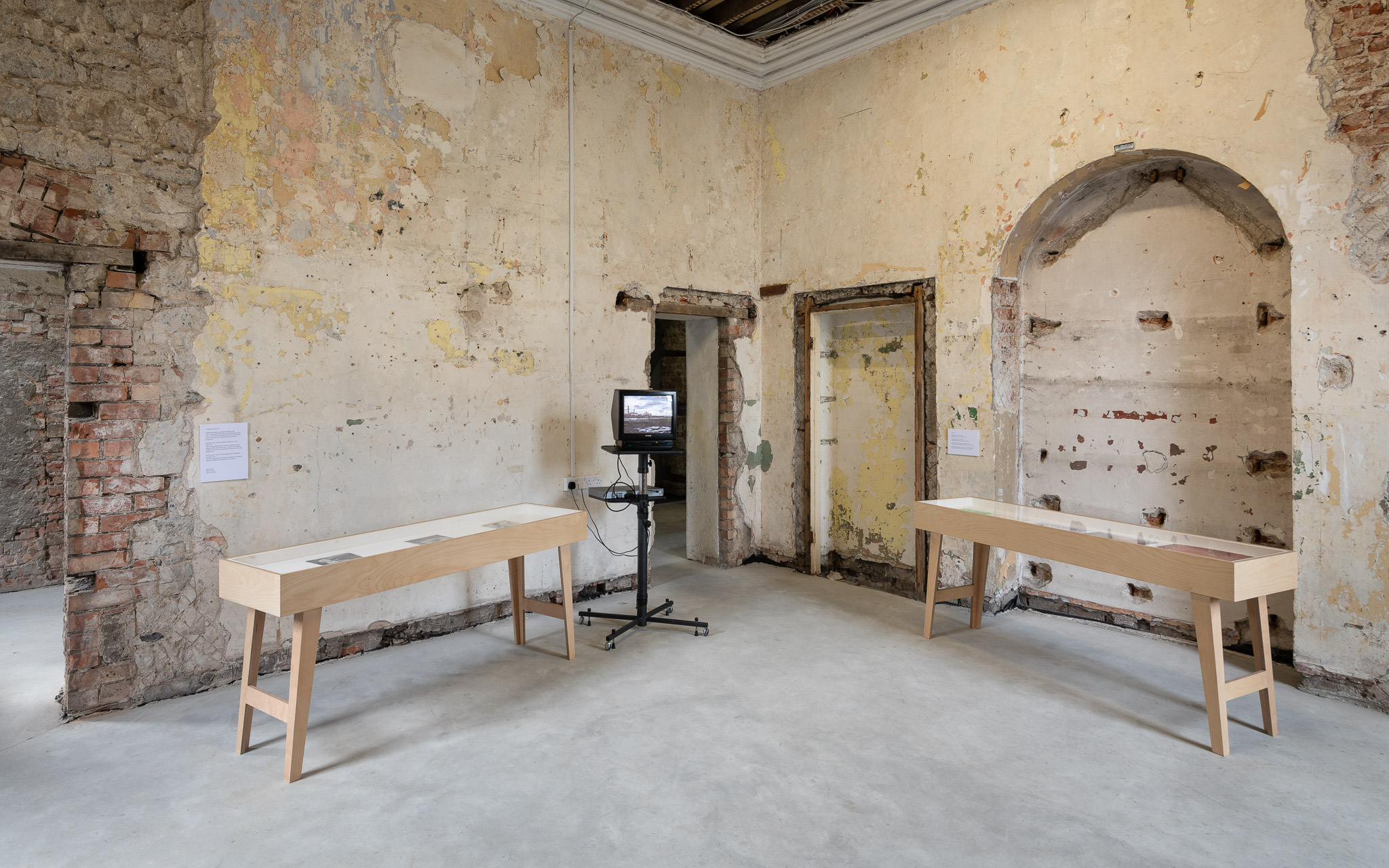 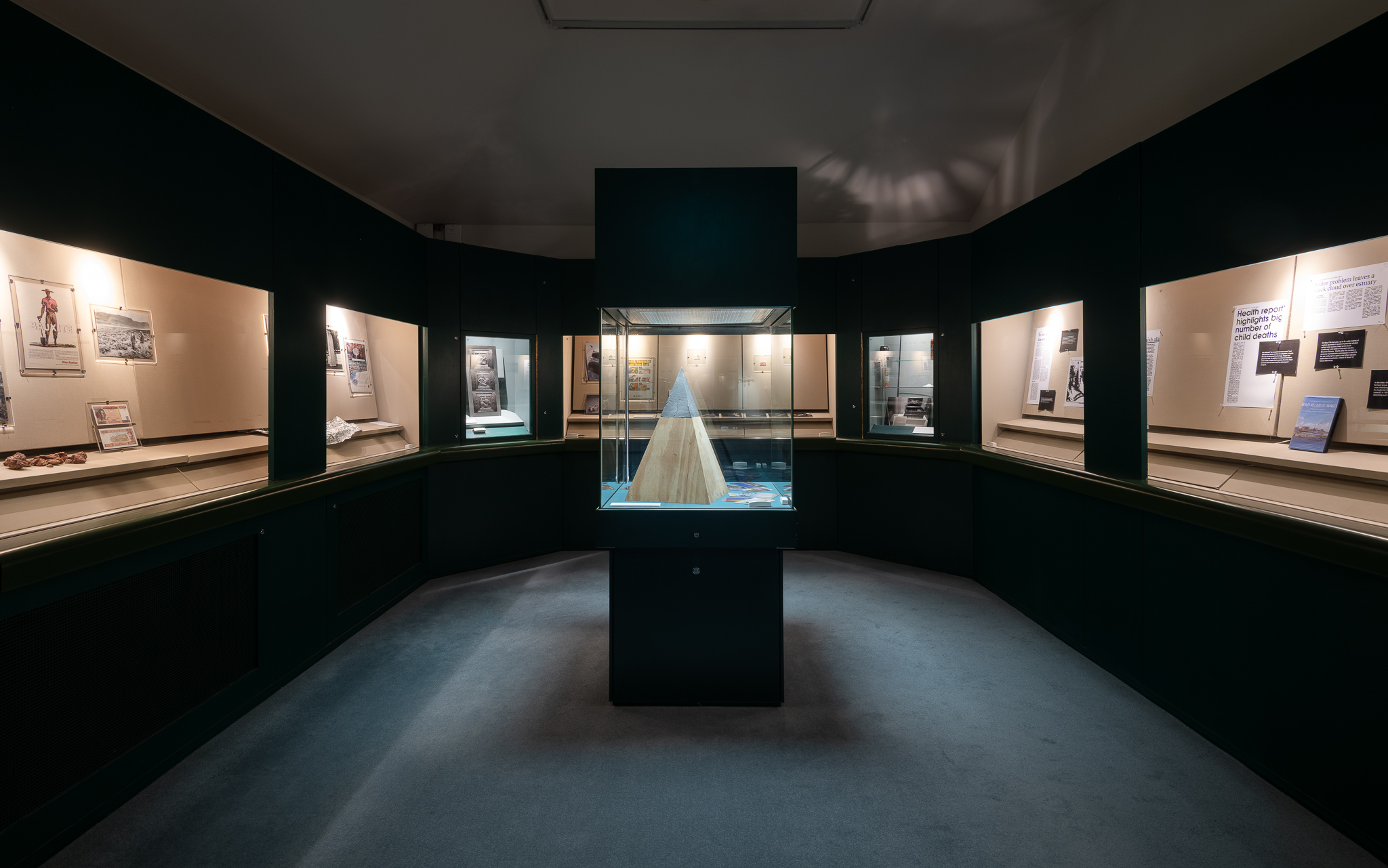 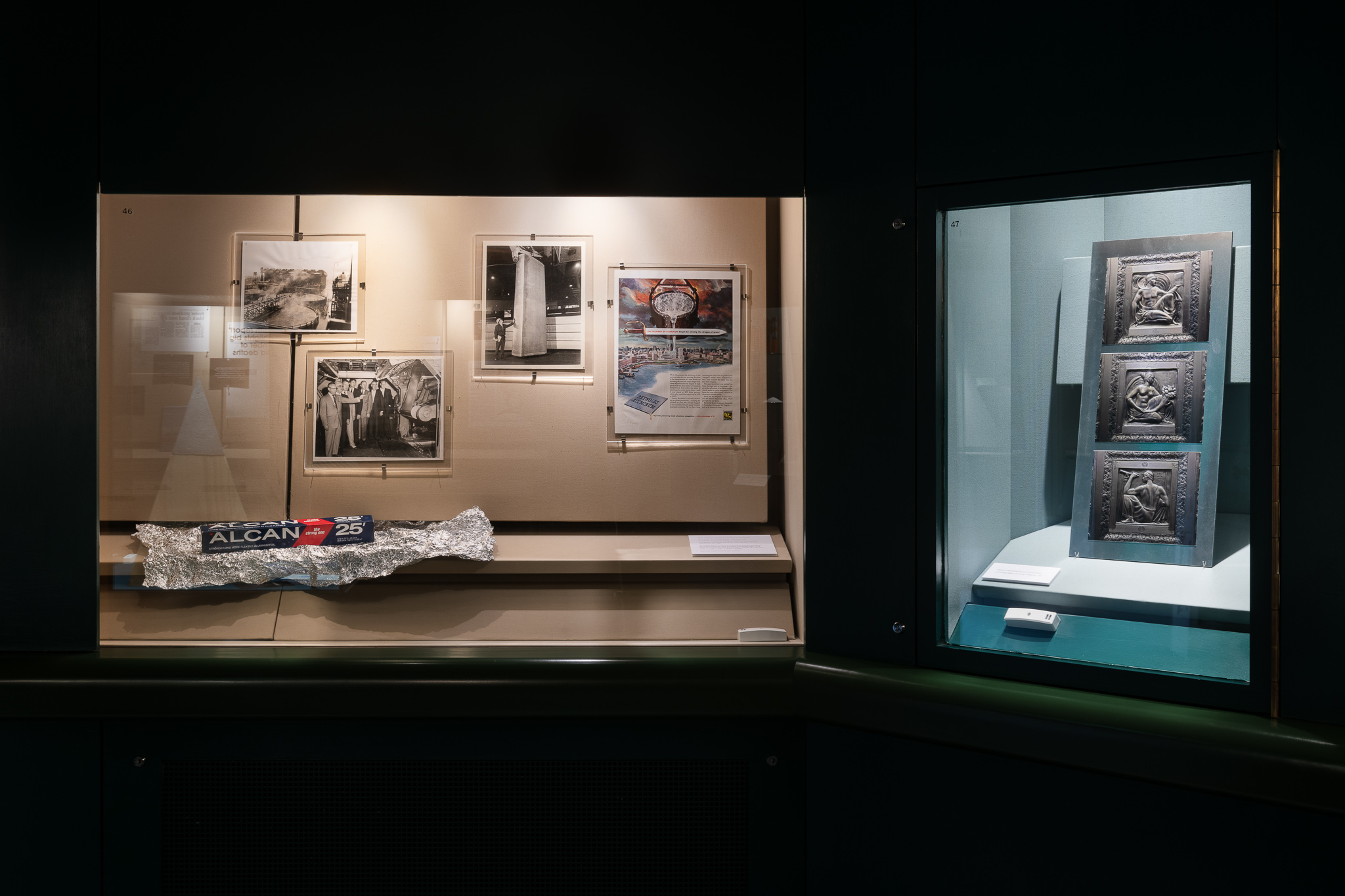 A native of Askeaton, Michele Horrigan has long observed the environmental impact of the Aughinish Alumina Refinery on the Shannon River estuary. Built by a Canadian conglomerate in 1983, and now owned by a Russian consortium, Rusal, the refinery imports mineral ore bauxite from Guinea and Brazil, and converts it to powder alumina to be exported worldwide for aluminium production. It has been subject to criticism for years due to tell-tale signs of industrial pollution around the estuary. In addition to investigating these circumstances and the aftermath of unregulated industrialization in the region, Horrigan’s Stigma Damages proposes a non-chronological reading of the history of this “strong yet light” material. Through a variety of mediums, Horrigan articulates how—from the nineteenth century onwards—the story of aluminium was repeatedly reconstructed along the lines of class, gender, ecology, value, and power.

In the Hunt Museum’s Stigma Damages temporarily replaces the Jewellery Gallery display, offering an alternative societal view of the metal. Rock salvaged during a visit to the first open bauxite quarry in southern France, a replica of the aluminium top of the Washington Monument and harrowing headlines of the industry’s environmental impact in Limerick are among the “specimens” presented. Complementing its other half on view at the Hunt Museum, the Sailor’s Home instalment of Stigma Damages focusses on the Rusal Aughinish complex—the largest industrial site in Ireland and Europe’s busiest refinery. Various archival documents and imagery trace the growing presence of the industry onsite with an overview of what is locally known as “the red field,” a continually growing 350-acre site of leftover hazardous waste. The complex impact of this heavy industry on women, children, and nature is further explored, especially with Horrigan’s 2014 video What A Feeling!.

Michele Horrigan’s participation forms part of Little did they know, the Guest Programme of the 39th EVA International, curated by Merve Elveren.

Biography
Michele Horrigan is an artist and curator. She studied art at the Städelschule in Frankfurt, and since 2006 has been the founder and director of Askeaton Contemporary Arts, facilitating over 100 artist residencies, exhibitions and publications in rural Limerick, Ireland. In 2020 Horrigan was curator-in-residence at the Irish Museum of Modern Art, Dublin. Her artworks have been recently exhibited at Flat Time House, London; Lismore Castle Arts, Waterford; and The Lab, Dublin. Horrigan’s upcoming exhibitions include TEA Tenerife Espacio de las Artes, and Temple Bar Gallery & Studios, Dublin.