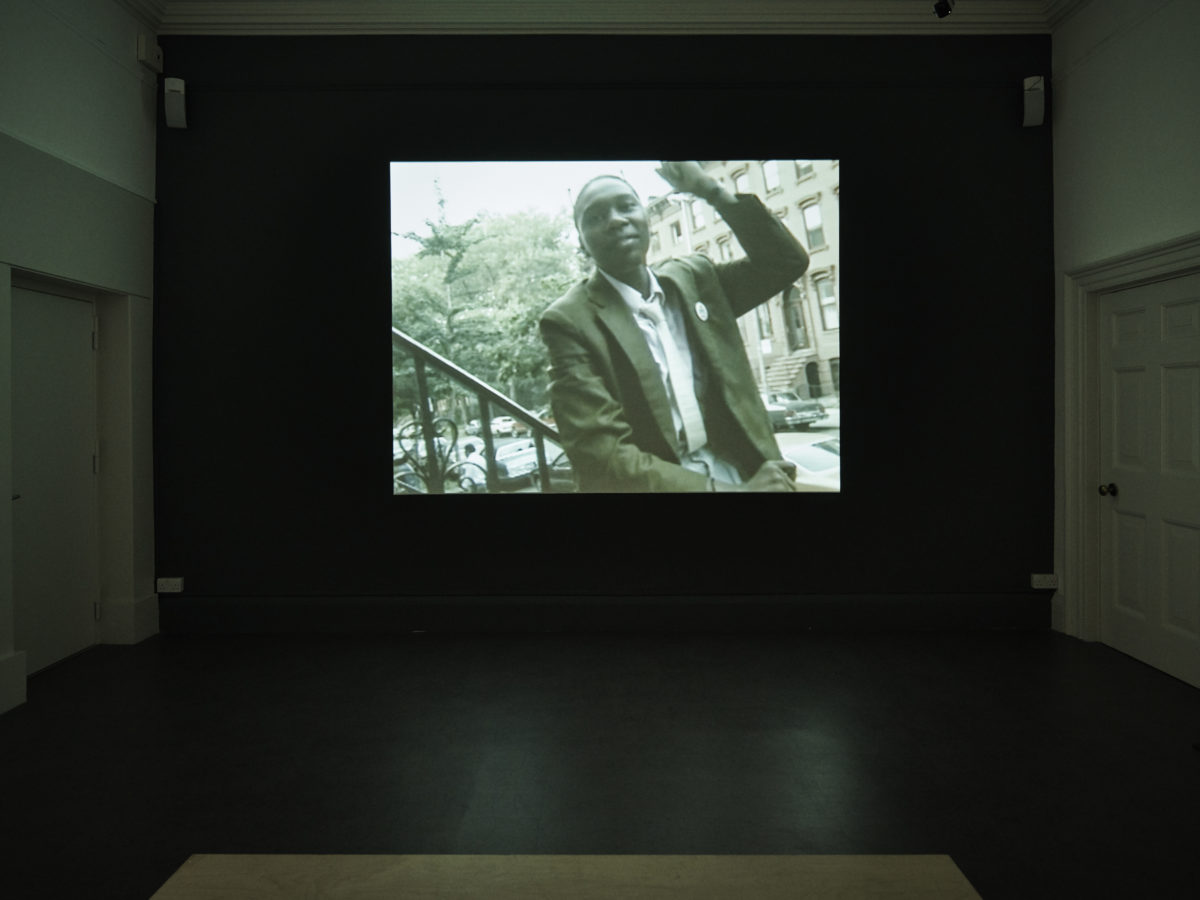 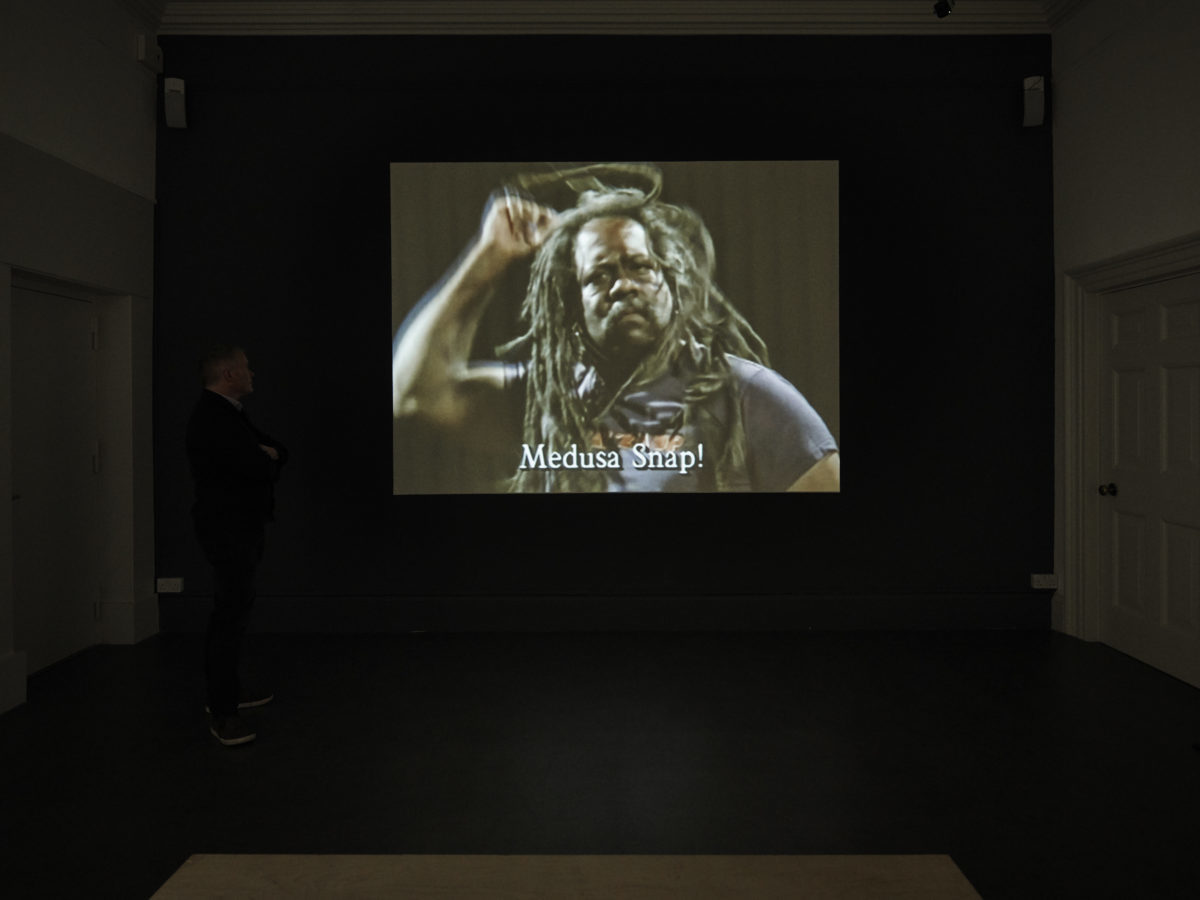 Riggs’s seminal documentary on black gay life, Tongues Untied (1989), uses a mixture of styles, such as poetry, personal testimony, rap, and performance (featuring poet Essex Hemphill and others), to confront the homophobia and racism experienced by black gay men at that time. In the ﬁ lm, public expression of black homophobia with undertones of anti-gay violence is revealed: a man is refused entry to a gay bar because of his colour; a college student is le˛ bleeding on the sidewalk a˛ er a gay-bashing; a drag queen feels lonely and isolated in society. Riggs also gives a more a perfomative side of the black gay male experience, touching on dance (vogue), for instance, as a form of cultural resistance, community, and cultural affirmation. He also celebrates the innovation and expression of ﬂamboyant and witty gestures like black queer snapping. In the exhibition, an excerpt from the ﬁ lm focuses on the politics behind snapping as a clandestine form of communication that subverts and bypasses both police control and electronic-based communication lines. Diagnosed with HIV in 1988, Riggs’s continued to produce documentaries as way to interrogate the politics of identity, speciﬁcally in relation to masculinity, sexuality, and race. In his own words: ‘My struggle has allowed me to transcend that sense of shame and stigma identiﬁed with my being a black gay man. Having come through that ﬁ re, they can’t touch me.’