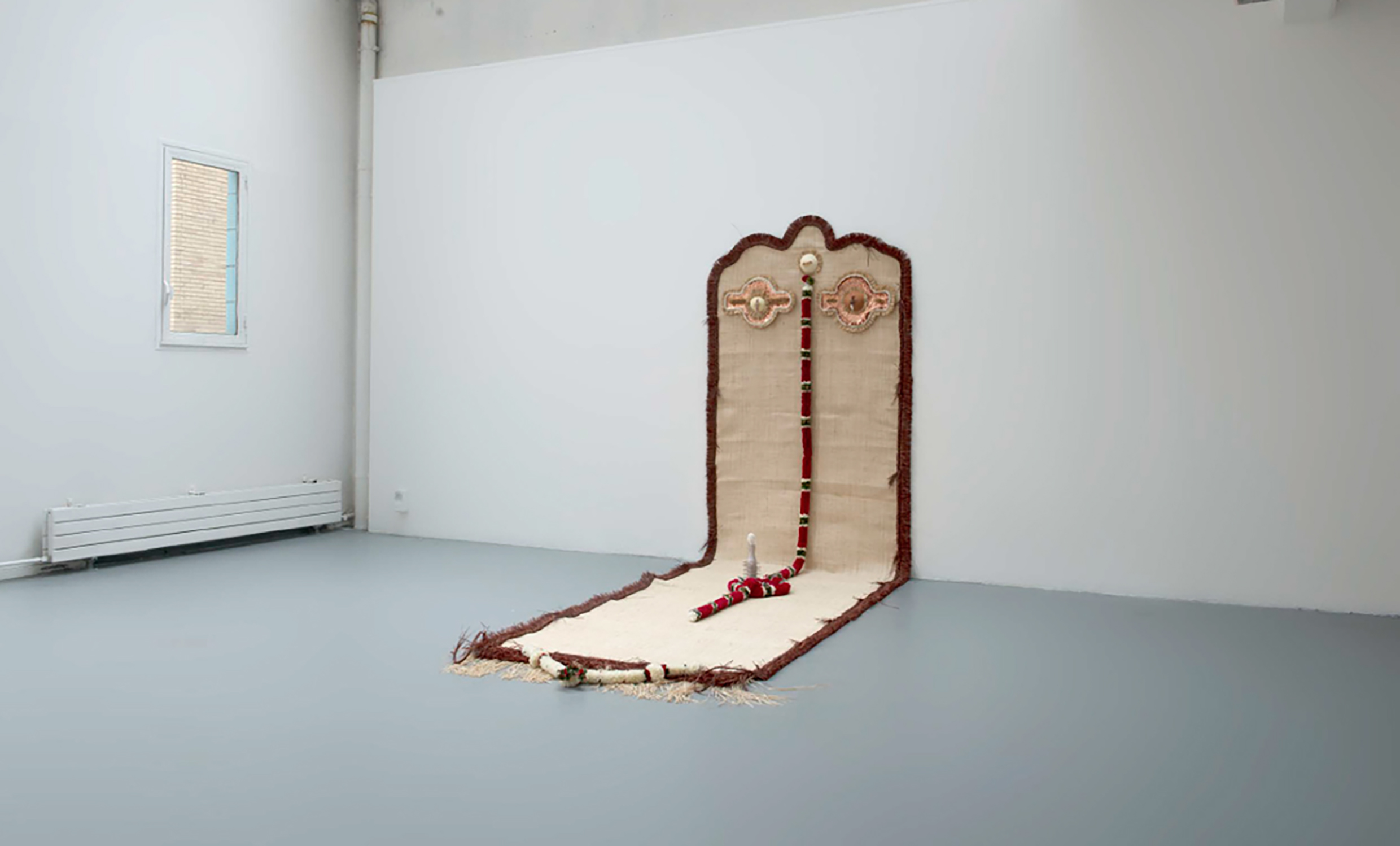 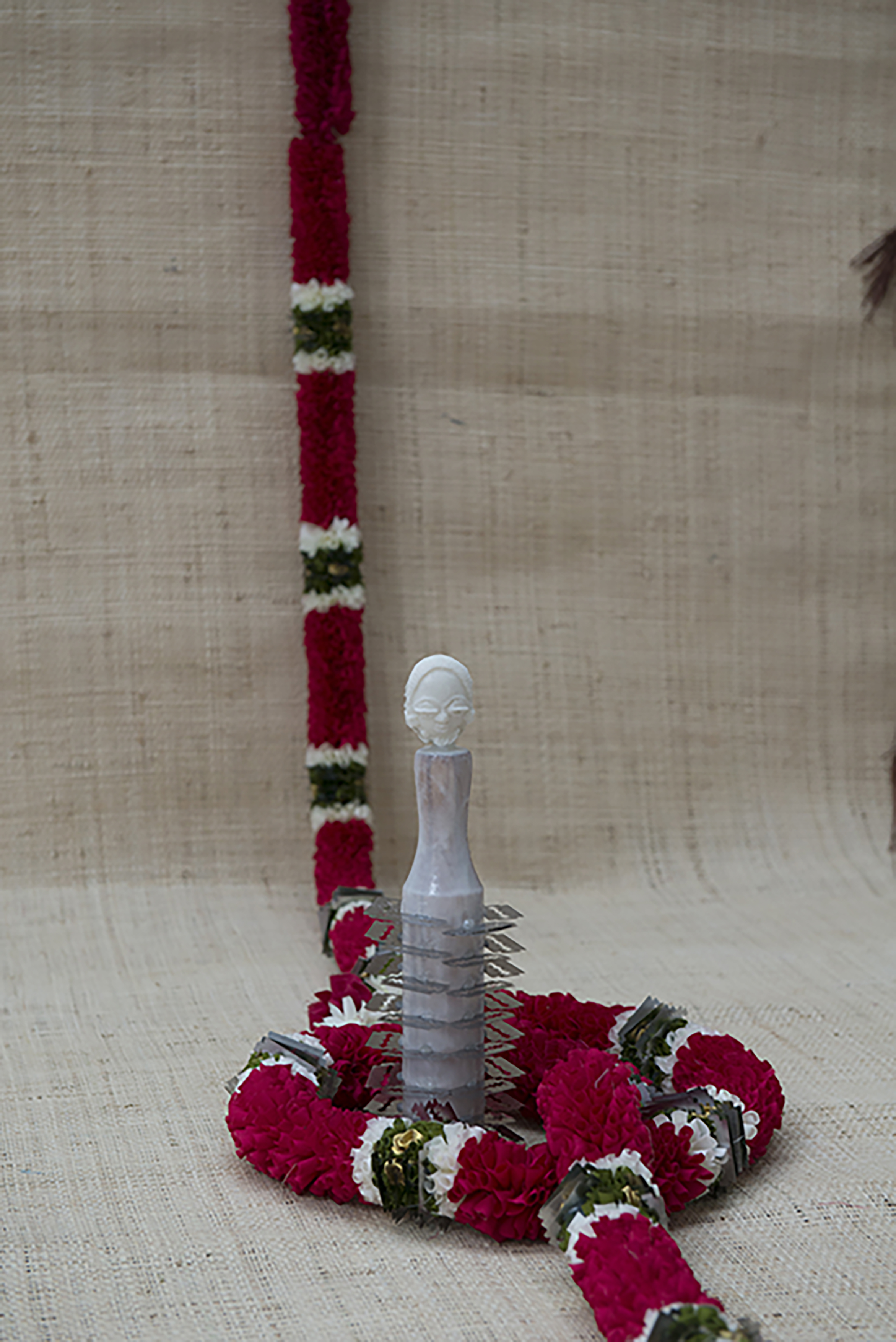 Marie-Claire Messouma Manlanbien considers recent acts of violence towards women in her work. In #Noname (2016), she responds to the 2012 Delhi gang rape,” as it came to be known, when Jyoti Singh Pandey, a twenty-three-year-old physiotherapy intern, was beaten, gang raped, and tortured in a private bus she was travelling on in in New Delhi. The crime immediately riveted Indian society, setting off street protests, months of national and international media coverage, and was considered in India as a game changer in the public opinion on the epidemic problem of rape. Messouma Manlanbien’s installation tells a story of a past event that should not be forgotten. It is a reminder of the cruel hatred towards women that occurs through the dehumanisation of the female body. Messouma Manlanbien’s sculptural language signifies a shrine; rather than honouring Hindu deities, she honours the mundane subjugated female victims of misogynist violence.

Marie-Claire Messouma Manlanbien works across a variety of mediums including drawing, sculpture, painting, video, performance, and installation. In her work, she creates stories and poetic narratives with myriad cultural influences that result in a ‘plural identity’. She graduated from École nationale supérieure des beaux-arts, Paris, in 2016.