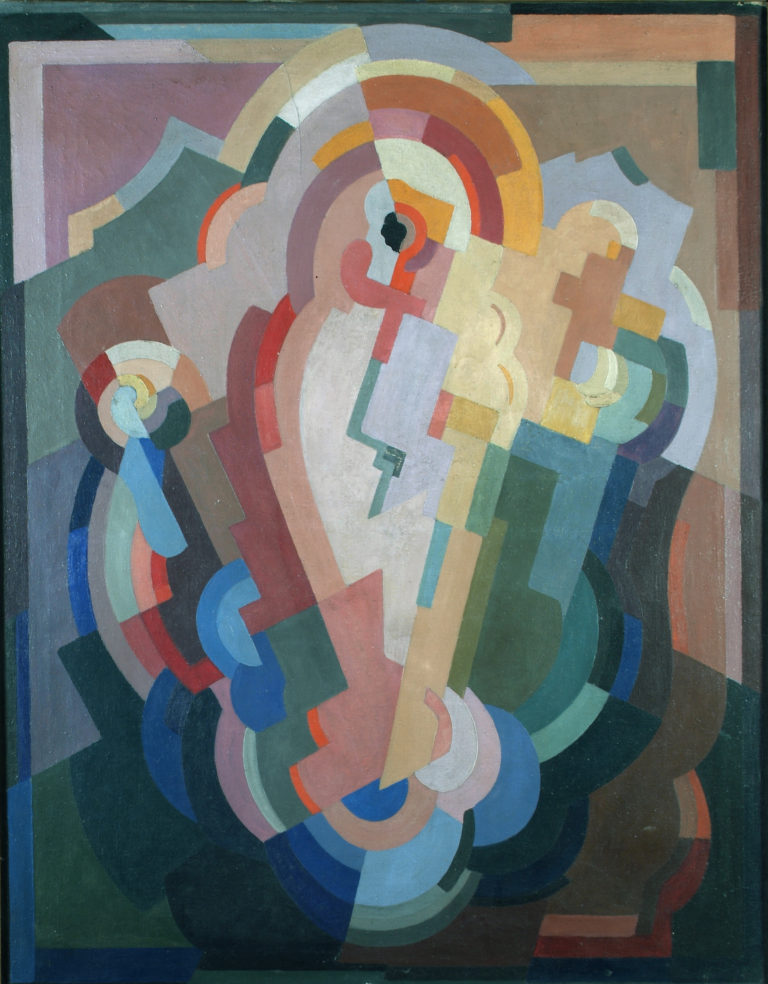 Mainie Jellett is an important figure in Irish art history, both as an early advocate of abstract art and as a champion of the modern movement. Her abstract compositions, a series of which were presented at the 38th edition of EVA International, often have religious titles and resemble religious paintings by artists such as Fra Angelico, in composition, tone and palate. Abstract Composition (1935), for example can be interpreted as three figures rising from a central base, and may represent the Holy Family or the Trinity. The general elements of religious paintings are represented, but rendered completely abstract.

Mainie Jellet was an Irish painter whose Decoration (1923) was among the first abstract paintings shown in Ireland when it was exhibited at the Society of Dublin Painters Group Show in 1923. From the late 1920s until her death in 1944, Jellett was an international spokesperson for Irish modernism. She represented Ireland, as an artist, at the 1928 Olympic Games, was commissioned for works for the Glasgow Empire Exhibition in 1938 and for the Irish Pavilion at the New York World Fair in 1939, and was founding chairman of the Irish Exhibition of Living Art in 1943.