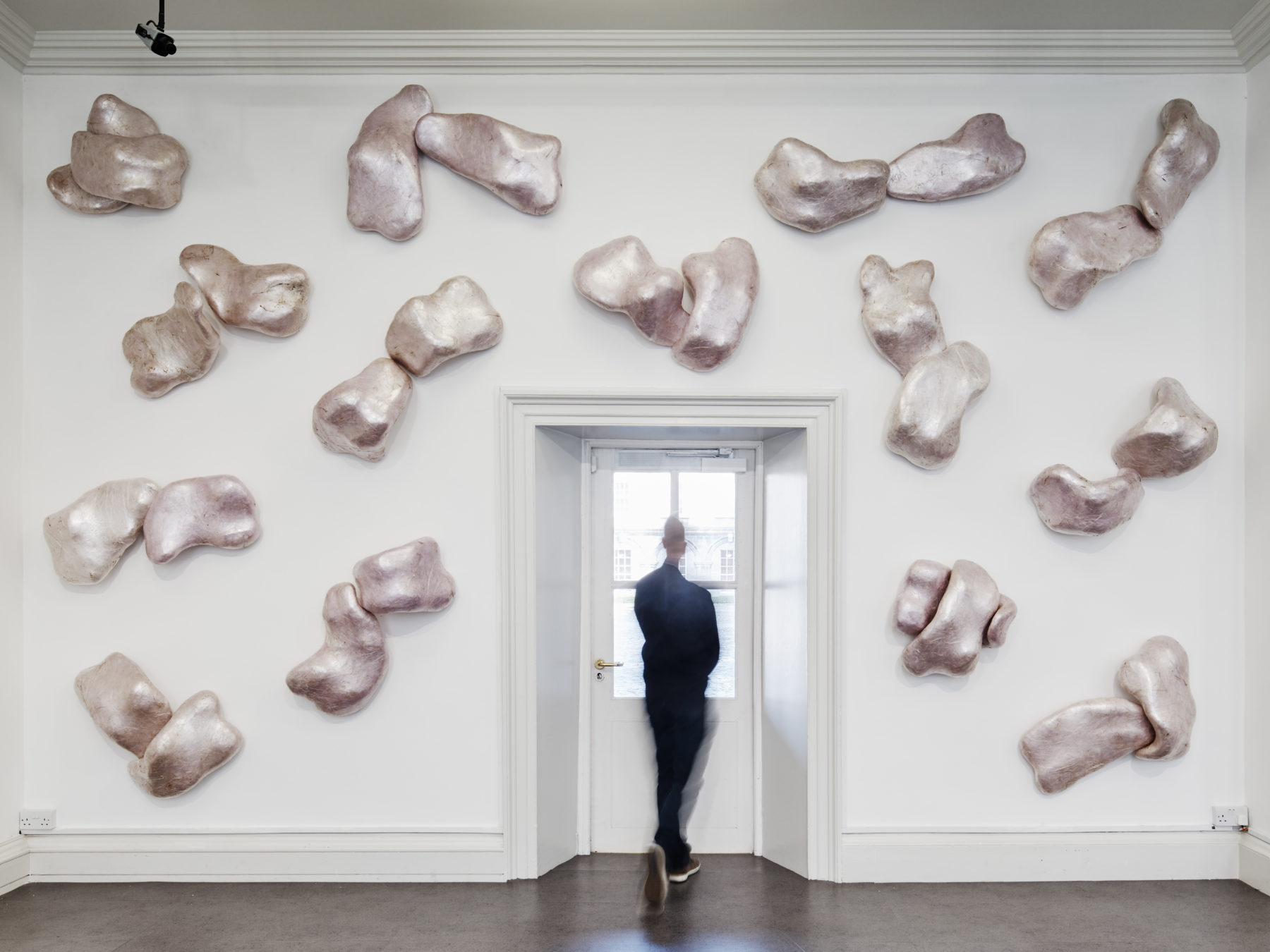 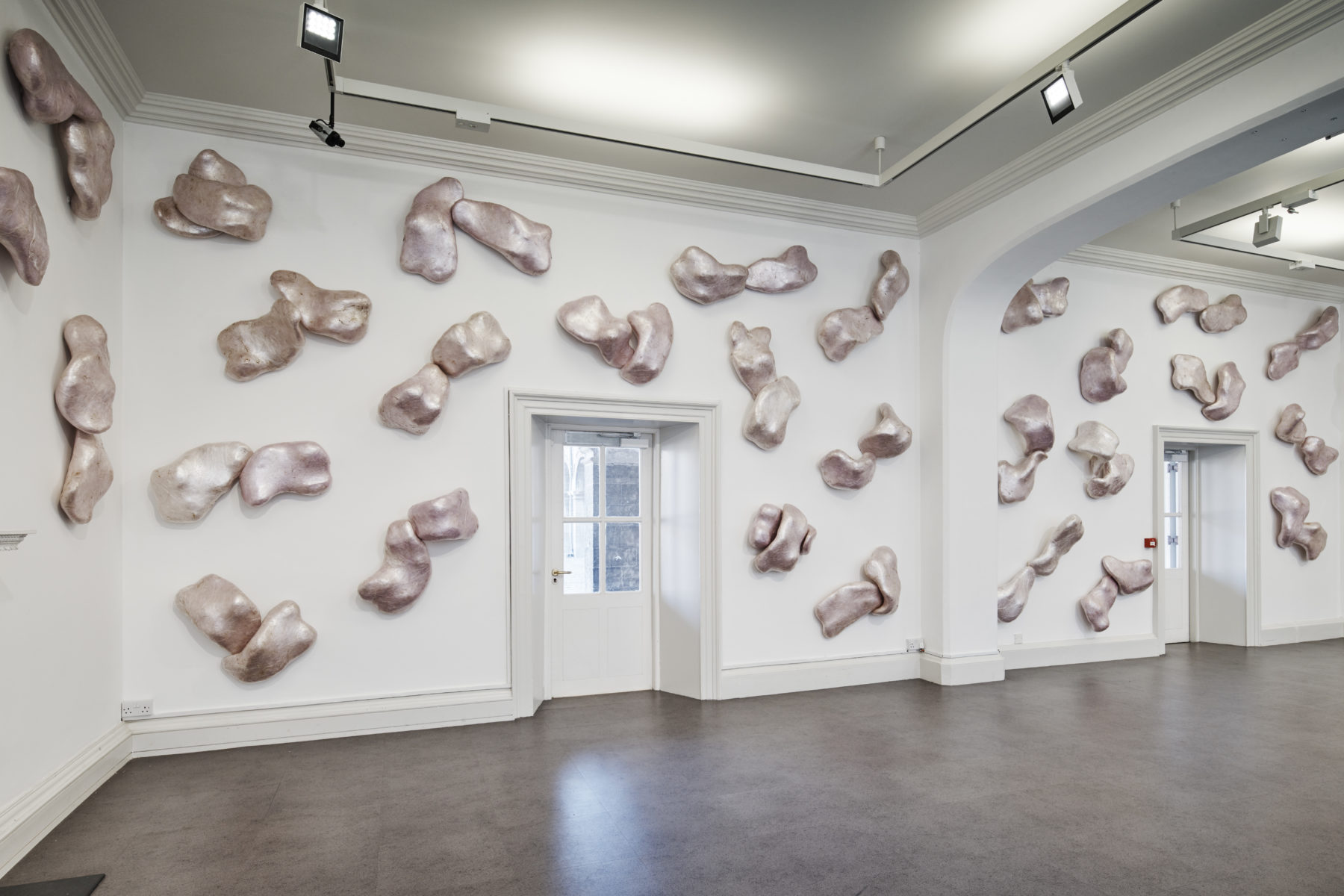 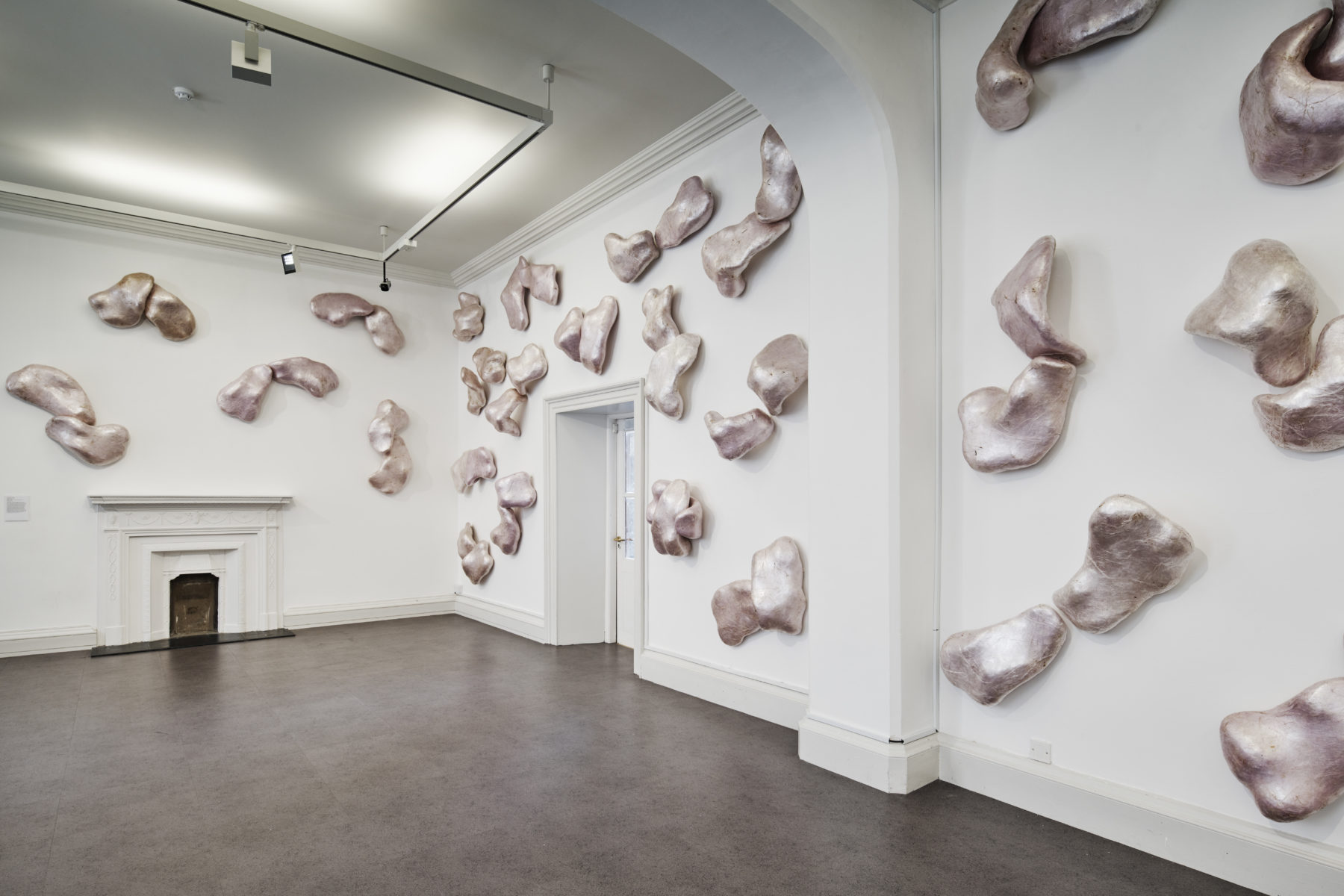 Locky Morris’s work Comm (1992) refers to the term ‘comm’, which is a prisoner’s letter written in tiny lettering on either toilet paper or cigarette papers. Wrapped, and often heat-sealed in cling film, it is concealed in the mouth or other body orifices and smuggled in and out of jail, sometimes through a kiss. Morris’s sensual sculptural piece was the beginning of a number of works by the artist around that period that focused on comms and explored themes of suppression and censorship in the Republic of Ireland and Northern Ireland. In the exhibition, the work further expands on concepts of clandestine forms of communication that subvert and bypass police control and electronic communication lines. As with a lot of Morris’s work, it holds in play a complex set of ideas and social concerns together with art-historical references – albeit in this case in a somewhat brazen and humorous way.

Locky Morris has exhibited both regionally and internationally since the mid-1980s. His work touches on a broad range of subjects, from the highly personal and familial, to the political. Renowned for his early work that explicitly dealt with The Troubles in Northern Ireland, Morris has also received acclaim for his quietly powerful and intimate work, infused with a dark wit. Morris has presented solo shows at: Naughton Gallery, Queen’s University, Belfast (2016); mother’s tankstation, Dublin (2010); and Mannheimer Kunstverein, Germany (2008). He has shown in group shows  at The Mattress Factory Museum, Pittsburgh, USA (2017); the Museum for Contemporary Art, Belgrade (2014); and the Czech Museum of Fine Arts, Prague (2006). In 2016 Morris received the Irish American Cultural Institute’s O’Malley Award for Art.