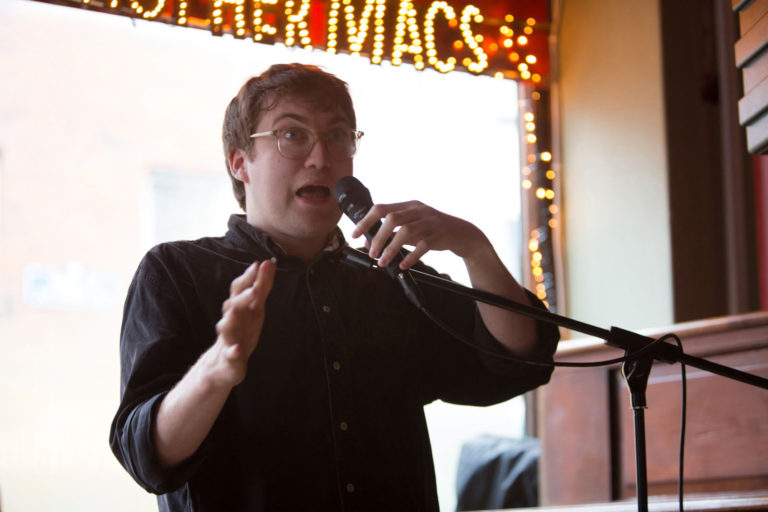 Liam Gillick, And Then..., 2016, performance, courtesy to the artist and Mother Macs

Liam Gillick deploys multiple forms to expose new ideological control systems that emerged at the beginning of the 1990s. He has developed a number of key narratives that often form the engine for a body of work. Gillick’s work exposes the dysfunctional aspects of a modernist legacy in terms of abstraction and architecture when framed within a globalized, neo-liberal consensus. His work structurally rethinks the exhibition as a form. In addition, he has produced a number of short films since the late 2000s to address the construction of the creative persona in light of the enduring mutability of the contemporary artist as a cultural figure. Gillick is the author of a number of books including a volume of his selected critical writing. His book Industry and Intelligence: Contemporary Art since 1820 was published by Columbia University Press in March 2016. Gillick has extended his practice into experimental venues and collaborative projects with artists including Philippe Parreno, Lawrence Weiner, and Louise Lawler.

And then … (2016) is a work structured for spoken word and appropriates the structure of the film festival. A venue was chosen that conforms to certain conditions: a place of conviviality and storytelling, of meeting, of drinking, a place where it would not be surprising if someone were to stand up and speak. The programme comprises a series of films chosen by the artist, curator, and participants in the work. The films are simply announced as a raw list to be ‘shown’ for the duration of the ‘festival’.

At the stated times, the venue becomes a space of cinematic potential. Participants take turns at a microphone and relate the premise – either from memory or from written notes – of their chosen film. At the commencement of each film, there is no indication what film is being described. To aid the telling of the movie, it is acceptable to use existing sources, reviews, existing brochures, and other literature. There are no limits to the length or brevity of their presentation. The same film can be described multiple times within the duration of the festival.

Liam Gillick is a New York–based writer and artist. He studied at Hertfordshire College of Art between 1983–84, and graduated with a BA (Hons) from Goldsmiths, University of London, in 1987. He was nominated for the Turner Prize in 2002.