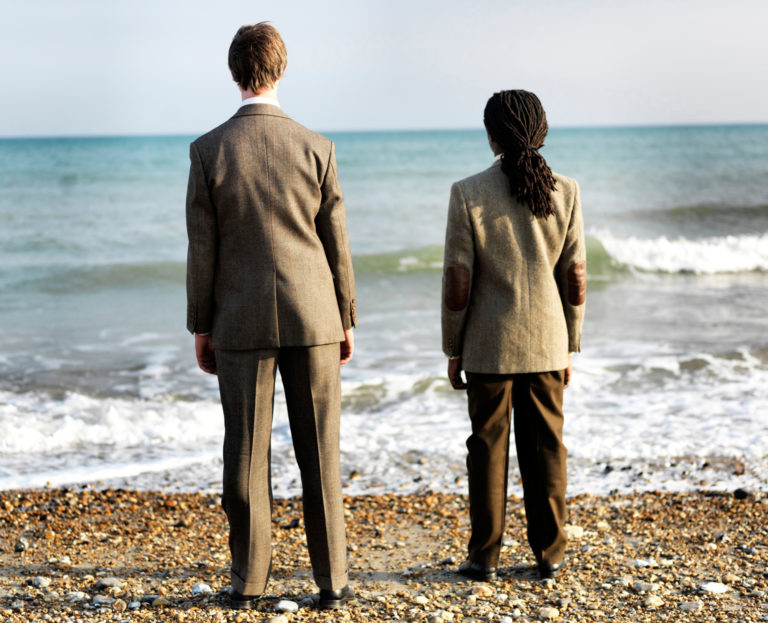 To highlight our relationship with popular culture and to investigate what makes us who we are, David Blandy works with imagery found in the digital world – from YouTube tutorials and music videos to television series, anime, and the narrative sections of computer games. Within each work – from large-scale installation to single-screen work – he deconstructs the form, placing himself as the alienated subject in a prefabricated cultural archetype. Throughout this process Blandy questions our relationship with the narratives that surround and shape us to find out what forms the contemporary collective unconscious.

Larry Achiampong’s practice uses sound, live performance, and imagery to explore the representations of identity in the digital age and the dichotomies found within a world dominated by Facebook / Tumblr / YouTube–based cultures. He searches the vaults of history, splicing audible and visual qualities of the personal and interpersonal archive-as-material, offering multiple dispositions to reveal the sociopolitical contradictions in contemporary society.

Blandy and Achiampong have collaborated on projects since 2013, including Finding Fanon (2015–present) and Biters (2013–present). In their collaborative practice, they share an interest in popular culture and the postcolonial position. They analyse communal and personal heritage, using performance to examine the self as a fiction, devising alter egos to point towards their divided selves.

Finding Fanon Part One and Finding Fanon Part Two (both 2015), the two works exhibited for EVA International 2016, are the first and second parts in a series of works inspired by the lost plays of Frantz Fanon (1925–61), a politically radical humanist whose practice dealt with the psychopathology of colonization and the social and cultural consequences of decolonization.

In Finding Fanon Part One, the two artists negotiate Fanon’s ideas, examining the politics and affect of race, racism, and the postcolonial. The conflict between these societal issues is played out through a script that melds found texts and personal testimony, transposing their drama to a junkyard houseboat at an unspecified time in the future. Navigating the past, present, and future, Achiampong and Blandy question the promise of globalization by recognizing the impact it has on their own heritage. Finding Fanon Part Two collides art-house cinema with digital culture’s gaming- and media-streaming website Machinima. The result is a work that explores the postcolonial condition from inside a simulated environment – the Grand Theft Auto 5 in-game video editor. This video work combines several stories, including how the artists’ familial histories relate to colonial history, an examination of how their relationship is formed through the virtual space, and thoughts on the implications of the posthuman condition.