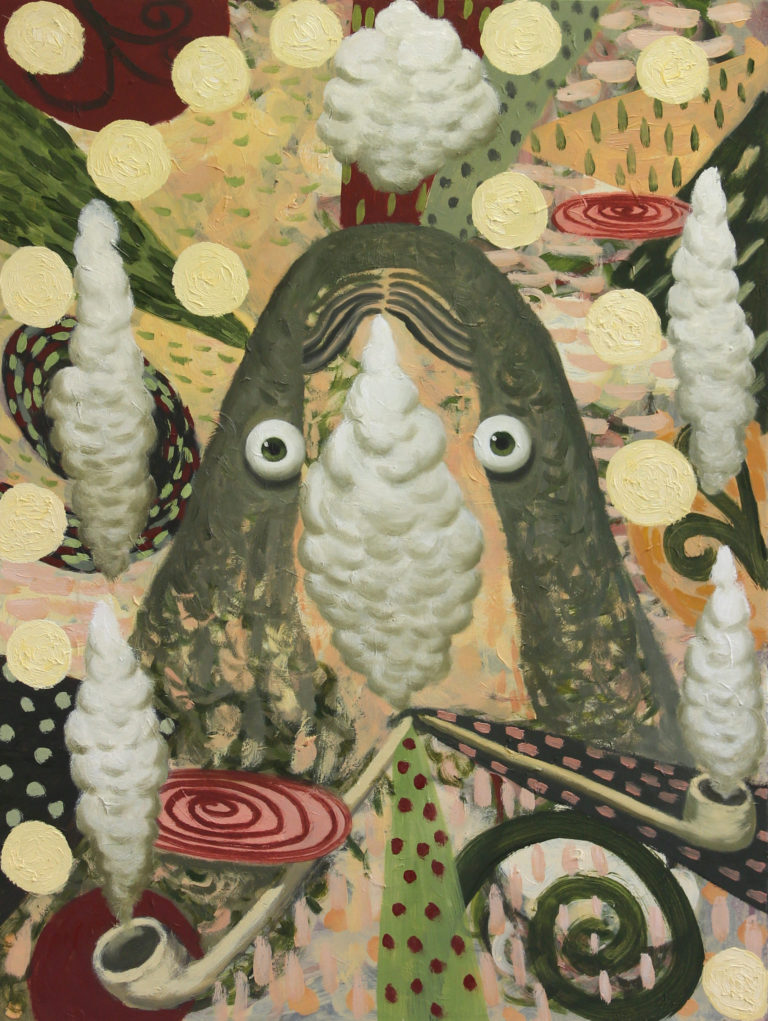 Kevin Mooney’s work explores the dialectics involved in the idea of homeland as integral to one’s memory of place. These memories are not fixed, however, but remain as an intangible essence of place. Mooney’s parents emigrated from Ireland in the 1950s, and as child he was partly excluded from a ‘real’ Irish identity, meaning his understanding of Irishness is partly from an ‘outsider’ perspective. With painterly techniques encompassing prehistoric, medieval and contemporary periods, his work maps, retraces, and re-imagines cultural history, and is an interplay between loss and renewal. Mooney’s paintings also encompass Irish folklore, history, and art history. His series of paintings Psychic SpectreLand (2017–18) re-imagines a ‘lost’ part of Irish art history – a history that didn’t happen. The figuration in work comprises the abstraction of prehistoric symbolism and medieval flatness while also including more contemporary painting techniques. Landscape appears to be animated by a spirit, generating the imagery of surrealist nature, which is both pre-modern and apocalyptically post-industrial.